At age 16, Laurie Hernandez is the youngest member of the 2016 U.S. women’s gymnastics team. Despite what you may have heard, she is also the coolest. Let’s break down why.

1. Her wink changed the world.

When she winked at the Olympic judges before her floor routine Wednesday, we all fell in love with her. Who knew a single wink could make us all so giddy? No one, that’s who.

.@lzhernandez02 winking at the judges before the start of her floor routine. SHE GOT THIS. #FinalFive pic.twitter.com/qr9FBCxyvZ

2. Her dance moves are on another level.

3. She inspired us all when we least expected it.

Right before she hopped on the balance beam, Laurie softly said to herself, “I got this.” Everyone should say this before big moments.

Adopting the @lzhernandez02 "I got this" before doing anything that scares me from now on. #Olympics pic.twitter.com/ecJ5eJx7T9

4. Her selfie game is on point. And heartwarming.

Just look at what she sent to her brother right after winning gold.

The selfie I get from my sis right after she competed 🙌🏽 even though I haven't even watched it yet on NBC 😑. But anyways I am so proud of who you are and what you've accomplished. We were talking about this being a possibility a decade ago and to see it actually happen is too much for me to handle. It's blowing my mind how the same little girl I used to see doing flips on my bed at age 6 now has a gold medal. I have seen you deal with so much adversity with the sport over the last several years and to finally see your hard work culminate makes it all worth it. You're the toughest little 16 year old I've ever met and I'm not saying that just cause I'm a proud bro. Remember to give God his glory always! Love you sis and can't wait to see you kill it Monday as well. As soon as you land we're going straight to Wawa

5. She speaks to the heart and soul of America.

Laurie Hernandez is straight up insightful.

where did frank ocean go

6. She is a total gymnastics boss.

Laurie scored a 15.366 on the beam during qualifications, only bested by gymnastics juggernaut Simone Biles, who scored a 15.633. Now that is pretty damn impressive. And she can do stuff like this.

8. And last but certainly not least, this happened.

This is art in its purest form. 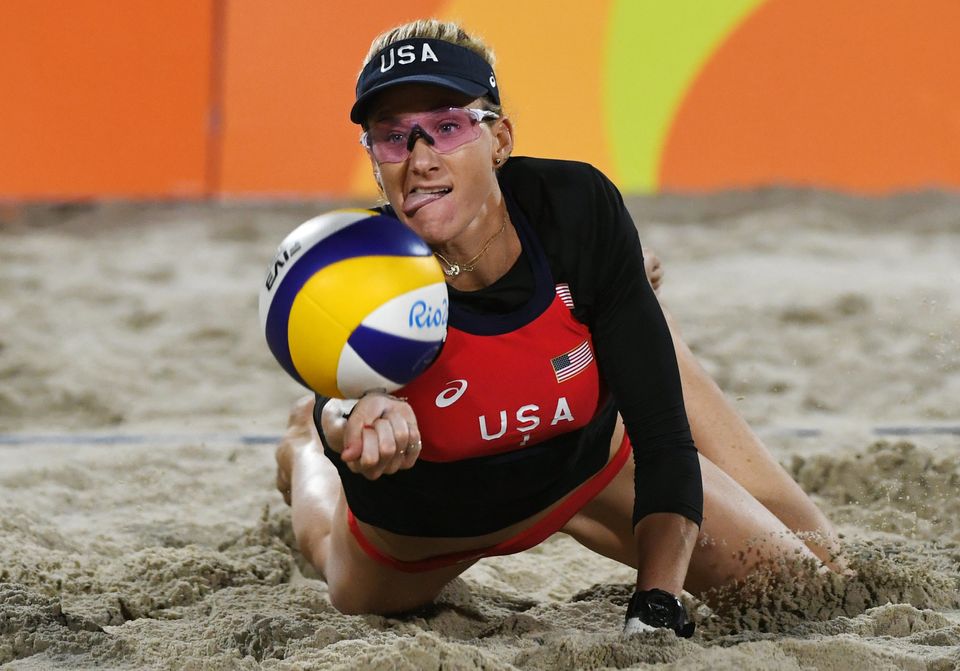