Laverne Cox's reign over the media is nowhere near over.

The latest magazine lucky enough to snag the Emmy-nominated trans actress and activist is V, which tapped Casey Spooner to photograph her for its fall issue. 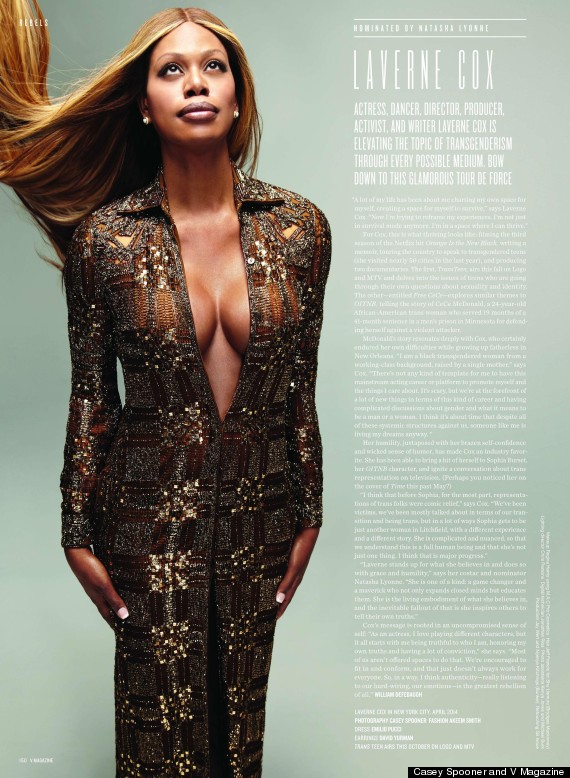 According to a press release sent to The Huffington Post, "for Issue 91, V has brought together their group of Rebels, nominated by their colleagues and comrades." Cox was nominated for the special showcase by "Orange is the New Black" co-star Natasha Lyonne.

In the issue, Cox discussed why Sophia, her character on the hit Netflix show, is unlike almost any other trans character that has come before her.

“I think that before Sophia, for the most part, representations of trans folks were comic relief," she told writer William Defebaugh. "We’ve been victims, we’ve been mostly talked about in terms of our transition and being trans, but in a lot of ways Sophia gets to be just another woman in Litchfield, with a different experience and a different story.”

For more from Cox and V, check out the fall issue when it hits newsstands on September 10 or head here.