Coming from a family of lawyers, Kate Gilman's path had always been a clear one: She would power through college and law school and eventually work for a top firm. She graduated from Princeton University in 2009. From there, she went straight to Virginia School of Law and was offered a job at a top litigation firm in New York City in 2012. Her job was set to start in early 2013, so with six months to kill, she found an apartment near Union Square and started to prepare for the intense job ahead of her.

"I went to law school because I liked the idea and practice of being an advocate. I wanted to practice the most people-oriented law you could, like criminal law and family law," Gilman, 27, told The Huffington Post.

But as her start date drew closer, Gilman began to realize that the life she had planned wasn't the life she actually wanted. The daily grind and long hours ahead seemed less and less appealing, and she knew from watching her parents that law wasn't a profession that got easier as the years went on.

"I just couldn't see myself staying in that career in five years,” she explained. "When you make these decisions years in advance, it’s so far away and so easy to keep saying yes to keep doors open ... I had wanted to do what was smart for so long that I wasn't thinking outside the box."

During the six months before her job started, Gilman found herself spending a lot of time at the Union Square Greenmarket buying flowers and chatting with farmers. She had always loved having flowers in her home and thought bouquets were beautiful and meaningful gifts, but the time she spent shopping for them opened her eyes to problems within the industry. All the farmers seemed to have the same complaint -- they had a hard time with predictability and perishability and kept wasting their product because they didn't know how much they would sell. 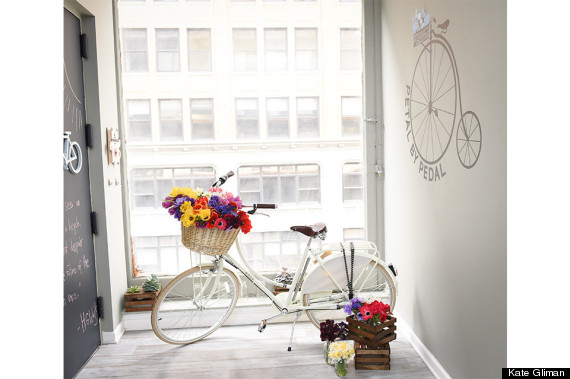 Inspired, Gilman decided to start her own flower business.

"I had this crossroads moment where my family thought I was crazy to give up something certain for something they had never thought of for me. Serious concern would be one way to describe how my parents reacted to my decision," Gilman laughed. “But once I stood my ground and maintained my enthusiasm and reasoning, they got on board. I think it’s one of those things where if you’re adamant about your path and how much it means to you, everything else hopefully follows.”

Gilman's flower business, Petal by Pedal, was officially born in February 2014. She sources flowers from farmers in upstate New York -- many of whom sell at the Union Square Greenmarket -- and rooftop farmers in Brooklyn. Bouquets arrive in mason jars and are delivered by bicycle in order to make the process as green as possible. 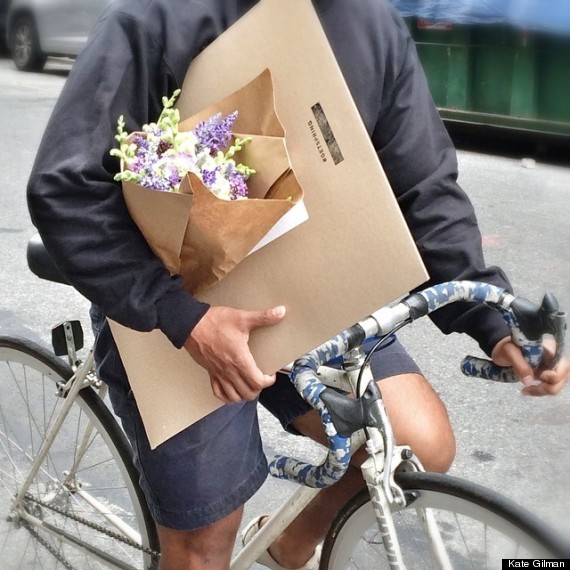 As much as Gilman loves her job, it hasn't come without challenges. Because many of the farmers aren't used to selling their product in the way Petal by Pedal sells, it's taken a lot of face time and conversations on Gilman's part to truly gain their trust.

But Gilman has learned to roll with the punches and love the journey.

"No regrets," she said. “The flower industry is such an incredible, positive vein to be in all day. I have yet to get ‘you suck’ flowers. Flowers are all about gratitude.”