Law Street Media published its third annual rankings of America's "Safest & Most Dangerous States" for 2016 using the latest available violent crime data from the FBI. The report ranks cities with populations of at least 25,000 that have the highest and lowest violent crime rates. Those rates are based on crimes of murder, forcible rape, aggravated assault and robbery, under the national Uniform Crime Report guidelines.

While East St. Louis and Chicago were absent from Law Street's 2015 rankings because of incomplete and underreported data, both cities were included in this year's analysis.

Here are the 25 most violent cities in Illinois, as ranked by Law Street. A complete data table follows the list. 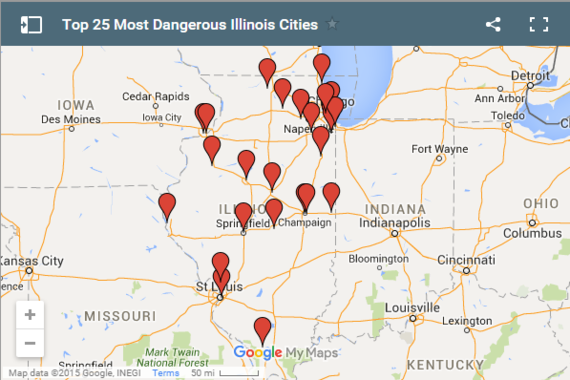 NEXT ARTICLE: WalletHub ranks Chicago as one of the top cold-weather travel destinations this winter