There is a cartoon that circulates annually this time of year. With a picture of a young boy at the table and hands in prayer position and a set of dog tags in the opposite corner, the cloud reads, "Thanksgiving is a day we take pause to give thanks for the things that we have. Memorial Day is the day we set aside to give thanks to those who fought for the things we have." 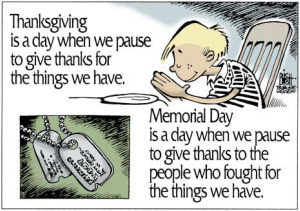 It is an appropriate time to look forward toward future members of the Armed Services. Following the repeal of the ground combat exclusion policy in 2013, three years of the Women in Service Review, 15 years and 250,000 servicewomen on the front lines in Afghanistan and Iraq, Secretary of Defense Ash Carter, in December 2015, announced that all positions, military occupational specialties, and units would be open to any member of the armed services that could meet the standards. No exceptions.

With gender-neutral occupational standards established, the best-qualified service members operating in the right positions will not only maximize their individual potential, but also optimize the total fighting force of our Nation.

Following Sec. Carter's historic decision, the Joint Chiefs of Staff voiced their support for including women in the Select Service. Yet our lawmakers, the ones who took the very same oath as our military members "to support and defend the Constitution" are now dodging the issue.

Many in Congress continue to deny women the opportunity to share in the equal responsibility for National Defense. Some Republicans say more study is needed. Are lawmakers trying to avoid a vote on providing for the common defense?

The Selective Service System was established in 1917 to provide conscripted manpower to quickly increase the US military during World War I. The system was used again for both World War II and the Korean War. It remained in place through the Vietnam War. Profound and widespread distain for conscription, led to its end and the beginning of an all-volunteer force. In turn, an effort to recruit women to service in uniform.

Today, women comprise 15.3% of active-duty personnel in the US military.

In 1980, President Carter reinstated the requirement for all men between the ages of 18-26 who reside in the US to register with the Service Service in the event the draft need be reinstated. The Selective Service is a register; it is not the draft. Congress would have to pass a law reinstating the draft before it could be implemented.

The present Selective Service Act says that men (to include undocumented immigrants, legal permanent resident, refugees; incarcerated men up on release and transgender women born as men) have a civil obligation to service the Nation. However, it specifically excludes women from that same civil obligation and opportunity. Women are not even permitted to voluntarily enroll.

In 1981, in the case of Rostker v. Goldberg, the Supreme Court ruled that there was not sufficient need for women to register because they were excluded from combat military occupational specialties and positions. With the rescinding of the ground combat exclusion rule in 2013, more than 90,000 combat military positions became available to women. The Dec 3, 2015 decision opened 250,000 more. The rationale and cornerstone of the case now no longer applies.

This is an issue of national security and military readiness. Today, there are 35 million men in the US required to register with the Selective Service. Yet only 23% are qualified to serve in the military. 40% do not have the basic education credentials needed for military service. 27% are morally or physically unqualified; incarceration has increased and obesity has become a much greater problem during the last decade. 10% are disqualified for a myriad of issues including tattoos and body piercings.

Given the current downward glide path, in 6 years we will reach 17% and will no longer be able to sustain a volunteer force. Which makes the opening of all jobs and positions in the military to any who qualify an imperative. Our Armed Forces now have the ability to draw talent from the widest applicant pool available.

By dodging the debate, discussion and vote, Congress is shirking its constitutional responsibility to provide for the common defense.

Continuing to bar women from Selective Service registration would weaken our military in a time of war or national emergency by disregarding 51% of the nation's talent pool and skill set. There is more to our Nation's current fight than simply physical strength, and the winner will be the side that does not exclude half their population.