A former assistant coach of the Penn State football team has been charged with 40 counts of sexually assaulting minors. Some of the incidents in question allegedly occurred on Penn State's campus, specifically in the football team's locker room. Paterno was made aware of at least once incident and reported it to the athletic department.

After cutting to the live press conference at Penn State, O'Donnell returned to his program and asked Moore to weigh in on the scandal that has rocked the university.

Moore said that it was an example of "the institution coming before a human being." Moore was referring to the fact that a victim's mother had filed a report with the university claiming that her son had been sexually assaulted by assistant coach Jerry Sandusky years ago. Moore said that university officials had known "something was up" for over a decade, and are now "offering up" Paterno "to somehow clear [them] of [their] failure to do their job..."

O'Donnell said that there seems to be an "American denial of responsibility when you get to very large institutions," and likened this to Occupy Wall Street.

"Greed operates on many levels," Moore said. "It's blinding."

Scenes from the controversy: 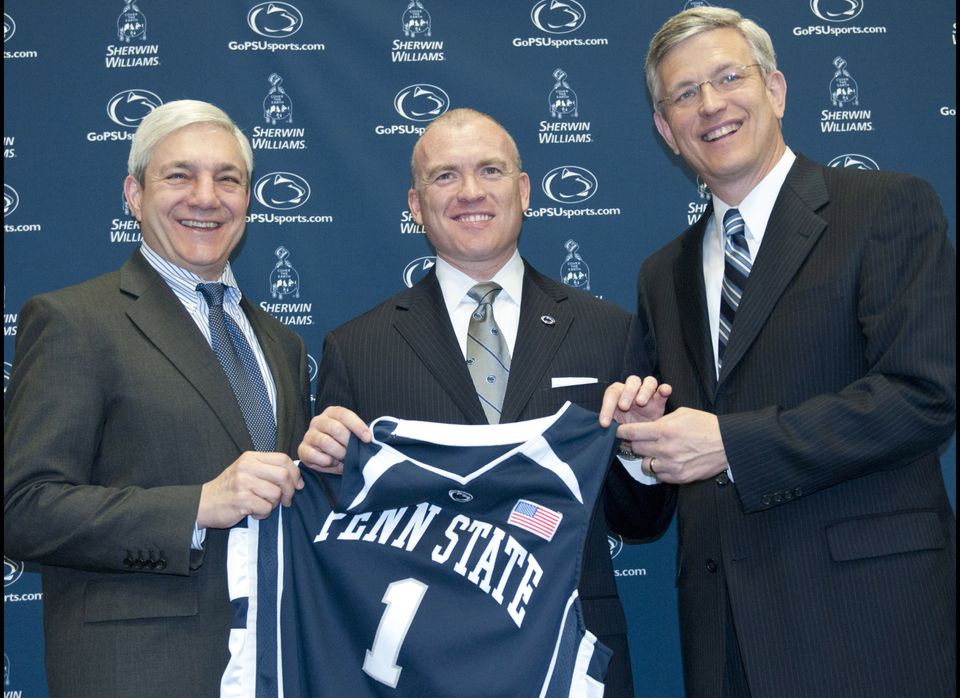