We’re not calling Miami defense lawyer Stephen Gutierrez a liar. But we can say that during a trial on Wednesday afternoon, his pants were on fire.

Gutierrez had to run out of the courtroom after his pants began to burn while he was giving closing statements in an arson case, The Miami Herald reports. The cause was apparently e-cigarette batteries in his pocket.

His client, Claudy Charles, was accused of intentionally setting his car on fire. Gutierrez was in the process of arguing that Charles’ car had actually spontaneously combusted when the lawyer’s own pants appeared to do just that.

A Florida lawyer's pants caught on fire during an arson trial. This is not a joke.
https://t.co/8H4vaTBJei pic.twitter.com/OuRMLJbQGY

He said he left the courtroom after noticing the heat was intensifying and was able to remove the battery as it started singeing his pocket.

Gutierrez emphasized that the incident was “not staged” and he never expected the batteries to catch fire.

The Miami-Dade Police, who are reportedly investigating the incident, did not immediately reply to a request for comment from The Huffington Post.

The U.S. Fire Administration said in a 2014 report that explosions and blazes caused by e-cigarettes are “rare” and most have occurred when the batteries are charging. Between 2009 and 2014, there were 25 reported incidents of e-cig fires or explosions reported in the U.S. Though no one died, there were nine injuries, including two cases of serious burns. Since then, however, there have been several other high-profile injuries related to e-cigarettes, including a man left with fractured vertebrae and serious facial damage, a teen who suffered severe burns, and a man who said he lost seven teeth.

Outside the U.S., at least one death connected to an e-cigarette blaze made international headlines, when a man in the U.K. died in a house fire authorities believe started after his e-cig caught fire and ignited his oxygen equipment.

The Transportation Department has deemed the risk great enough to permanently ban e-cigarettes from checked bags on flights. Passengers are allowed to carry e-cigarettes in carry-on bags, though they are not allowed to charge them during a flight.

This article has been updated with quotes from Gutierrez and additional information about injuries from e-cigarettes. 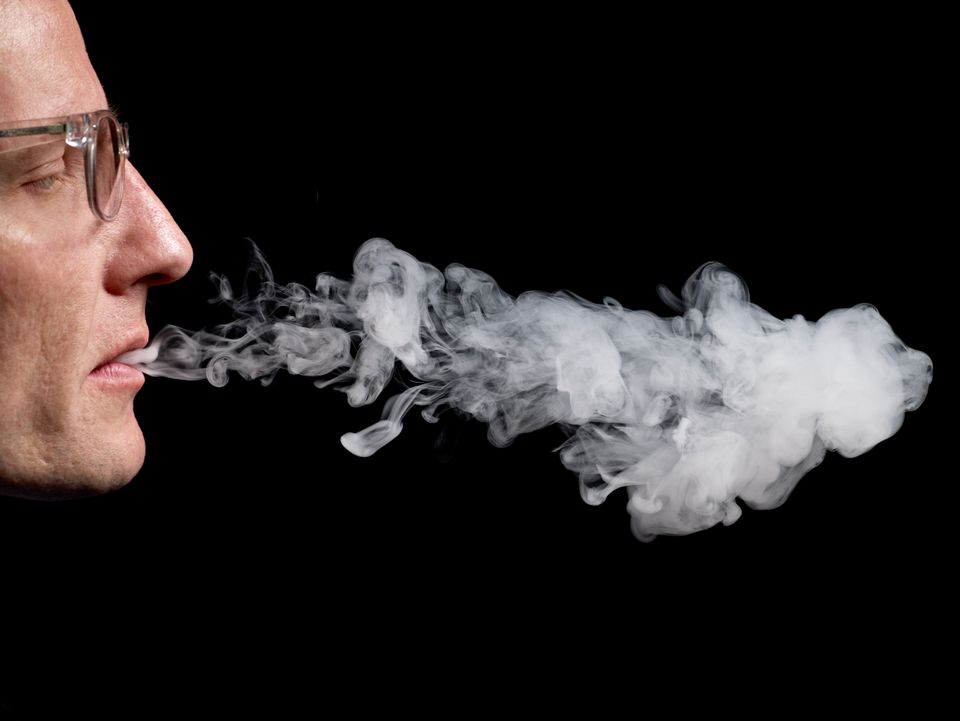