Laylat Al Qadr is considered the holiest night of the year for Muslims. It is known as the “Night of Power,” and commemorates the night that the Quran was first revealed to the Prophet Muhammad, beginning with the exhortation, “Read! In the Name of your Lord, Who has created (all that exists),” in Surat Al-Alaq (Muhsin Khan translation).

The Prophet Muhammad did not mention exactly when the Night of Power would be, although most scholars believe it falls on one of the odd-numbered nights of the final ten days of Ramadan, such as the 19th, 21st, 23rd, 25th or 27th days of Ramadan. It is most widely believed, especially by Sunni Muslims, to fall on the 27th day of Ramadan. In 2017, Laylat Al Qadr is expected to begin after sunset on Wednesday, June 21, in the United States and the United Kingdom.

The Quran mentions Laylat Al Qadr in one of its chapters, the Surat Al-Qadr:

Therein come down the angels and the Spirit by Allah’s permission, on every errand:

Peace!... This until the rise of morn!

Whoever establishes the prayers on the night of Qadr out of sincere faith and hoping to attain Allah’s rewards (not to show off) then all his past sins will be forgiven.

Muslims observe this occasion with study, devotional readings, and prayer, as the night’s holiness is believed to make it a very good time for prayers to be answered. The last ten days of Ramadan are considered a particularly spiritually important time, as any of the days may be Laylat Al Qadr, and thus worshippers strive to be especially observant during this period. Some Muslims participate in a spiritual retreat called itikaf (also spelled i’tikaaf) where they spend all ten days in the mosque reading the Quran and praying.

Imam Khalid Latif, chaplain of New York University’s Islamic Center, reflected on the significance of this day in a 2012 blog for HuffPost:

Many Muslims will give emphasis to the 27th night of Ramadan being Laylatul Qadr, but the opinions on what day it is varies. The Qur’an doesn’t mention a specific date for Laylatul Qadr and the Prophet Muhammad’s recommendation to, “Seek it in the last 10 days, on the odd nights,” indicates the importance of searching for it. I would recommend for those observing to take advantage of every night remaining and if we are amongst those who find ourselves in Ramadan next year, to stand in every night that we possibly can.

What one does while seeking out Laylatul Qadr will vary from person to person. Praying the Isha prayer, the night prayer and the Fajr prayer, the prayer at dawn, in congregation is important as is every minute in between. Some will then stand for hours in ritual prayer. Others will read or listen to the Quran being recited. Some will sit with their hands raised to the skies with tears falling from their eyes as their hearts tremble out of devotion.

This is an updated version of an explainer that has been published previously on HuffPost.

PHOTO GALLERY
Ramadan 2017 Around The World 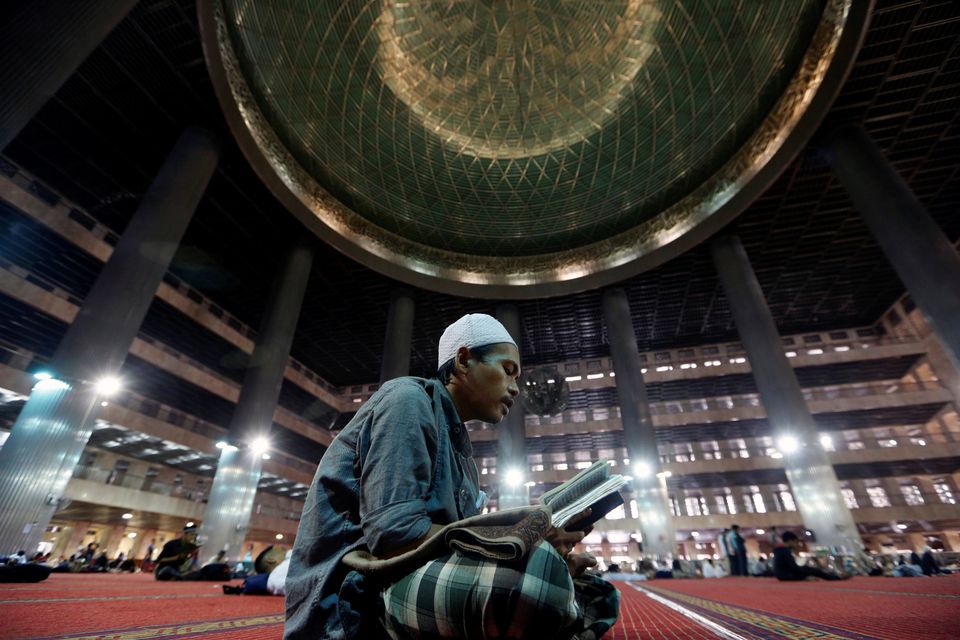 1 / 37
A Muslim man reads the Koran while waiting for the Iftar (breaking fast) meal during the last week of the holy fasting month of Ramadan at Istiqlal Mosque in Jakarta, Indonesia June 20, 2017. REUTERS/Agoes Rudianto
Stringer . / Reuters