The "vampire" kitten found wandering the streets of Tennessee late last year is now employed to use his adorable powers for good.

Lazarus -- whose cleft palate has left him without an upper lip or appearance of a nose -- is being trained as a therapy pet by Cindy Chambers, a special education worker at East Tennessee University who took him in, according to Catster.

Chambers cared for Lazarus after one of her students found the little vampire in the street, clearly sick and without a home, Johnson City Press reports. Initially, his health waxed and waned. His nasal passages, located in his mouth, were constantly infected. But antibiotics and a surgery to remove an abscessed canine made him a lot better.

Chambers regularly writes on Lazarus' Facebook page, and reports that he's now as rambunctious as any other kitten.

"He is a marvelous kitten," she told Johnson City Press. "He likes to play, he loves to love hard, he is just like any other kitten you can think of. He’s frisky and full of life." 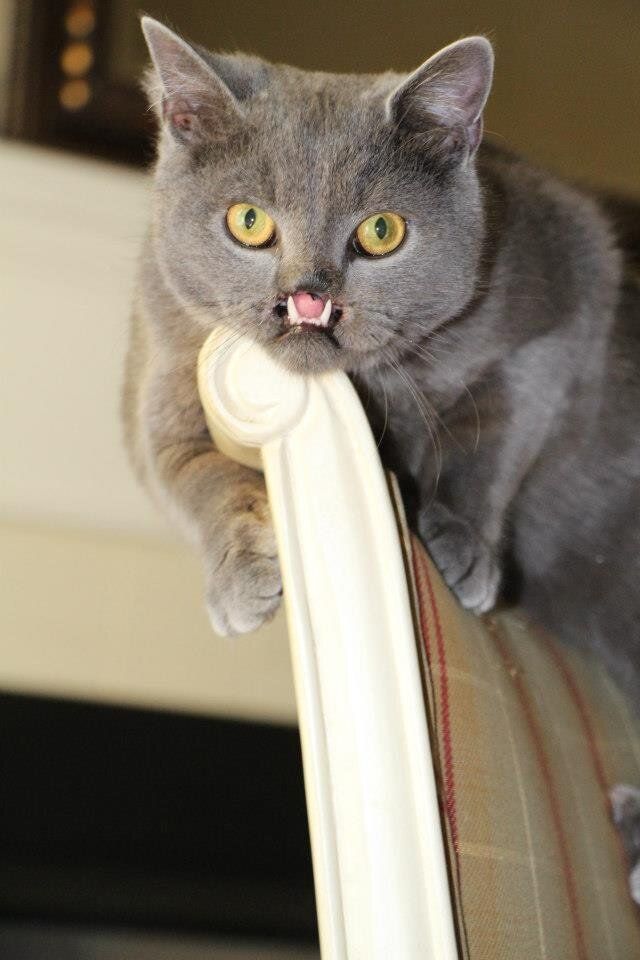