Huffington explained that the site would embody The Huffington Post's DNA, combining the best journalistic practices of traditional media with the transparency, immediacy and engagement of the new media -- all with a distinctly French sensibility.

Sinclair, who is married to former IMF chief Dominique Strauss Kahn, faced questions about a potential conflict of interest regarding her husband, whose hotel maid sex scandal placed him in the headlines for much of 2011.

"I do not mix private and professional life," she added.

Huffington said she had "long admired" Sinclair professionally as a journalist, and added that she has gotten to know and admire her personally in recent months.

"Every woman in her private life if not her public life has been through setbacks, ordeals, problems, and so when we see a woman who comes into the arena again and gets engaged in what's happening in the world it sort of gives hope and courage to every other woman," she said.

Below, see photos from the morning and a video from the group's entrance to the press conference:

PHOTO GALLERY
Le HuffPost Launch
Those who understand French can also watch the video report below from BFM TV:
Download
Calling all HuffPost superfans!
Sign up for membership to become a founding member and help shape HuffPost's next chapter
Join HuffPost 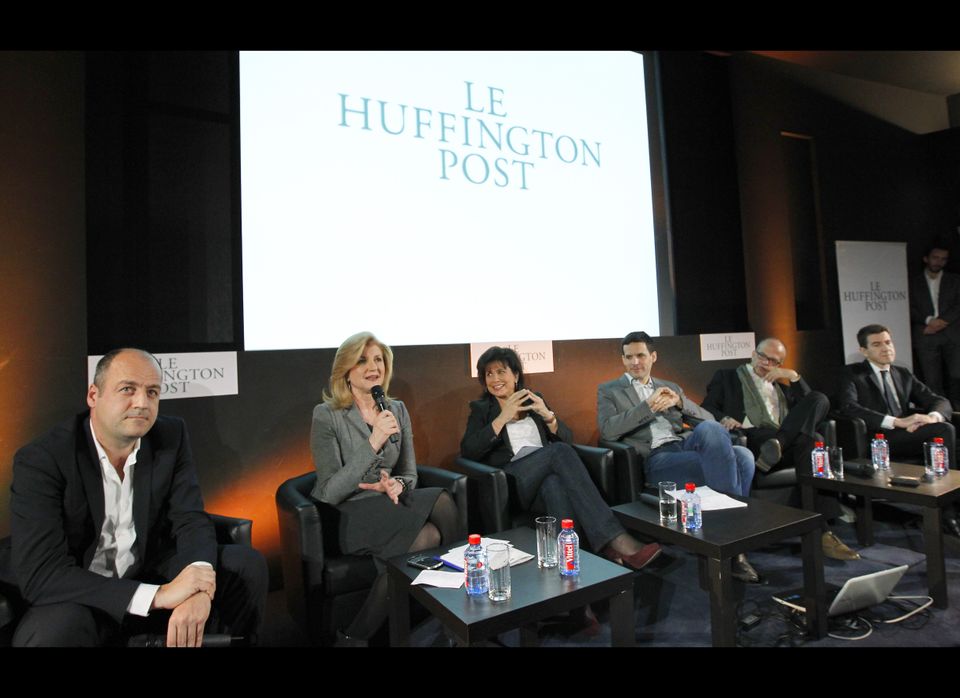