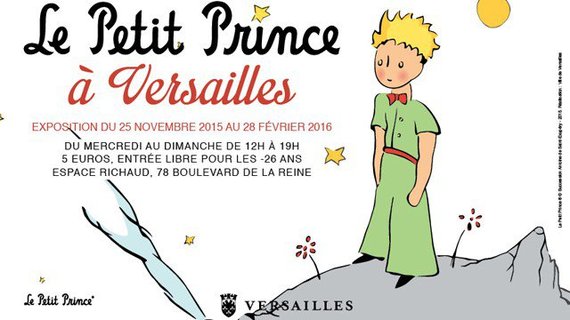 A Boy on a Planet.

The beloved book by Antoine de Saint-Exupéry Le Petit Prince -- the whimsical story of how a boy on his planet charmed millions of children and adults alike, with his philosophical thoughts and humanitarian ideas -- is celebrating its 72nd year in print. A new art space is now showing some more love to the dear little boy in the story.

Perhaps he was the first universe-conscious fictional person to show us the way to simpler things, gentler behavior, and all-around goodness. The book is a classic in French literature, and was required reading in many families. All my kids had to read it once a year, to remind them of thinking differently and incorporate poetry into their lives.

The Little Prince was published in 1943, and is the most famous work of French aristocrat, writer, poet, and pioneering aviator Antoine de Saint-Exupéry, who died in 1944, at the young age of 44, disappearing during a flight mission to collect intelligence on German troop movements in France.

The novel has been translated in over 250 languages all over the world and was voted the best book of the 20th century in France. To this day, it still sells two million copies each year -- and has earned the status of best-selling book ever published.

The simple and short story of only 140 pages is a poetic tale, illustrated by the author himself in naïve watercolors - - a description of how a fallen airplane pilot finds himself stranded in the desert where he meets a boy prince fallen to Earth from a tiny asteroid. The philosophical story includes social criticism and stern views of the cumbersome adult world.

The author reflects on his own life, his search for childhood certainties, his mysticism, and his belief in human courage. Written for children, the book has always resonated with adults. There is also a fox on the tiny planet, and he is a wise one: "One sees clearly only with the heart. What is essential is invisible to the eyes." 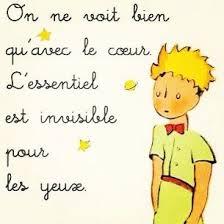 When in Versailles, Be Royal.

Organized by the city of Versailles together with the estate of Saint-Exupéry, the unique exhibit on Le Petit Prince is taking place in the former royal hospital of the castle of Versailles. A distinguished building dating back to 1636, commandeered by Louis XIII (the 13th), the Richaud Royal Hospital had fallen into nothingness, until 2015 when the city of Versailles decided to rehabilitate it and transform it into a multi-usage project. 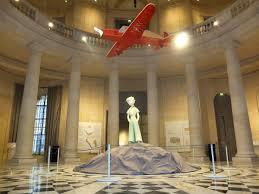 The historical site now includes lodging, shops and office space, as well as an art gallery in what was the former chapel of the hospital. The revival is a big success for the city. A stone throw from the famous Château, the restoration is now complete, and the first art show in the grand location is the one about Le Petit Prince. 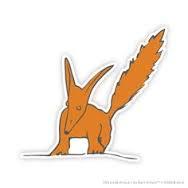 The exhibit is open until Feb. 28.
Espace Richaud, 78 boulevard de la Reine, Versailles.
Wednesday-Sunday noon to 7 p.m.
Entrance is 5€
Free for under 26, disabled persons, and teachers. 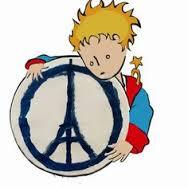