Lea Michele insists she's not so innocent -- and she's covering Cosmopolitan to prove it.

The 'Glee' star is featured in the upcoming issue of Cosmo, and talks in part about straddling the line between good girl and a little less "goody goody" than some might think. Still, she sounds like she's enjoying a pretty calm life -- at least when she's not working.

On growing up:
"I never did drugs. I'm proud of that. Acting always came first."

Her idea of a perfect night:
"Take a shower, put on a robe, pour myself a glass of wine and Skype with [boyfriend] Theo. That's the best."

On 'Glee' cast hookups:
"I'm so thankful that doesn't happen. If people hooked up, there'd be awkward tension."

It was announced on Tuesday that Michele will sing 'America the Beautiful' at next week's Superbowl. 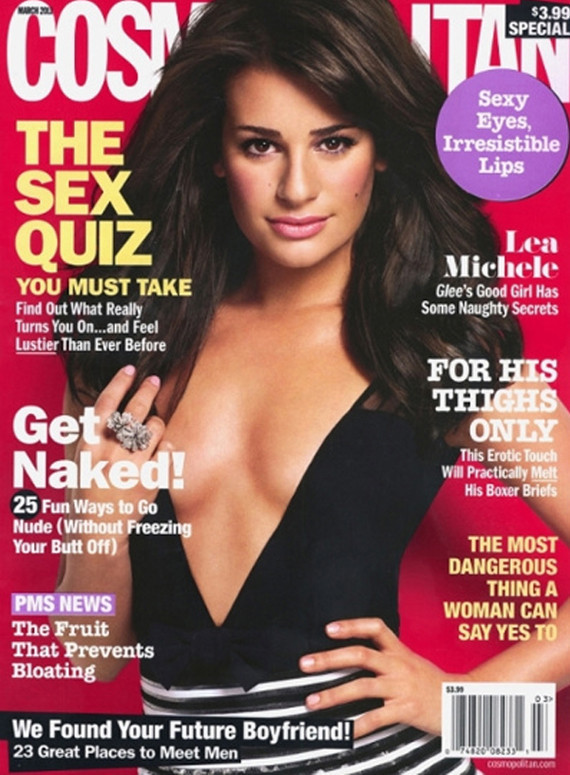