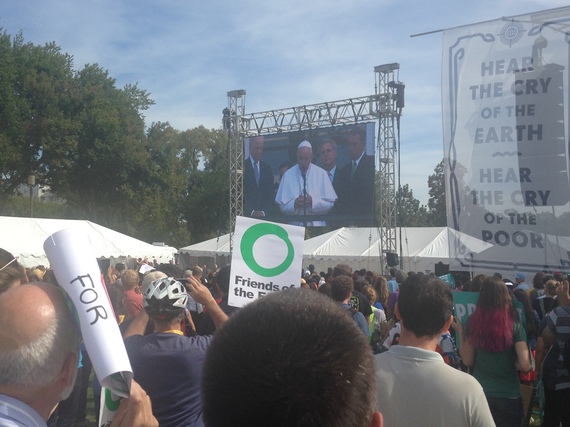 "Now is the time for courageous actions and strategies, aimed at implementing a 'culture of care' and an integrated approach to combating poverty, restoring dignity to the excluded, and at the same time protecting nature."
Pope Francis, Address to the U.S. Congress (Sept. 2015)

One doesn't normally think of the Pope's role as one of change agent, but Pope Francis is no "ordinary" pope. He's rejecting the status quo and referencing change agents as role models. The four people he mentioned in his address to Congress, for example - President Abraham Lincoln, Rev. Martin Luther King, Jr., social worker and journalist Dorothy Day, and author/Trappist Monk Thomas Merton - were all change agents in their own ways. He even suggested we "go stir things up" in one of his speeches.

The Pope's visits in Washington, D.C., New York and Philadelphia and his historic address to Congress demonstrated lessons in leadership, especially in leading change, that we could all learn.

1. Prepare: Preparation is crucial. The Pope did the model of extraordinary research and preparation for his trip to the U.S, supporting his goals and values and tuning him in to his audiences. He studied our culture, policies and history, and made sure to be relevant. When you prepare well, you also increase your confidence.

2. Stretch: Be curious, learn new things, expand your skills and talents, and be open-minded and flexible. To prepare, the Pope even learned a new language, English, at age 78!

3. Create dialogue: The only way to solve challenges is to find commonalities, which requires genuine dialogue and understanding your audience (see #1). Humor and gratitude are handy tools for creating dialogue and getting through impasses too. This also means ask for what you want. You'll recall that the Pope repeatedly asked audiences and individuals to "please pray for me."

4. Listen: "Before leading or preaching, we must listen," Father Kevin O'Brien S.J., of Georgetown University paraphrased Pope Francis in an interview with MSNBC's Chris Matthews on Saturday. Pope Francis's speeches demonstrate that he listens for nuances to build bridges and solve the world's challenges.

5. Walk the talk: As Candace Beinecke, a prominent New York lawyer said at the Crain's 50 Most Powerful Women in NY event recently, people watch what you do, so be self-aware and be consistent. The Pope spent most of his time administering to, and speaking about the need to protect, the disadvantaged among us, and to live a life of less "waste." He talked about the dangers of the "throwaway culture" - that is, the discarding of both people and natural resources - as he lived his words. For example, he rode around in a tiny Fiat car that left a light footprint and spent his time visiting the disadvantaged, including a Philadelphia prison and a DC church where he dined with the homeless and mentally ill. 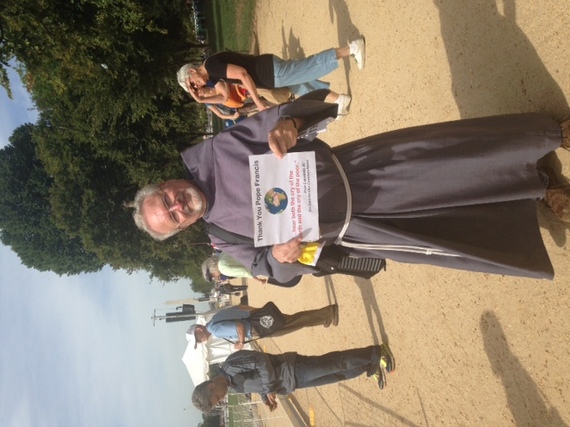 6. Use your skills and influence for good: No matter how big or small, we all influence someone. Find your voice and the courage and use it, including speaking truth to power, as he did to the U.S. Congress. He reminded them about their "responsibility" to "satisfy common needs by stimulating the growth" of all Americans, "especially those in situations of greater vulnerability or risk. Legislative activity is always based on care for the people. To this you have been invited, called and convened by those who elected you."

7. Respect everyone: Embrace tolerance and inclusiveness. We all have issues we are wrestling with and deserve respect just because we exist. Do "random acts of kindness" and be responsive. He prayed for the Muslim community and the victims of the recent stampede in Mecca. Pope Francis explained to Congress that, "The complexity, the gravity and the urgency of these challenges demand that we pool our resources and talents, and resolve to support one another, with respect for our differences and our convictions of conscience." He even showed respect for "those who do not believe or cannot pray."

8. Be yourself: Today's society rewards authenticity, flaws and all. Everyone has a purpose and a gift, whether it's in your family or community or company or on a larger stage, as Pope Francis reminded Congress. Pope Francis is being his authentic self, making his own choices with courage, based on his own values.

9. Protect "our common home": The Pope's Encyclical on the environment is his admonition to protect "our common home," saying to Congress, "We need a conversation which includes everyone, since the environmental challenge we are undergoing, and its human roots, concern and affect us all." He also linked protecting the planet with lifting those in poverty in his speeches. (Click here to read my previous Huffington Post blog on the Pope's Environmental Encyclical.)

10. Be mindful of the consequences of your actions: As he referenced Thomas Merton, a Trappist monk, the Pope talked in essence about the "mindfulness" that the Dalai Lama also espouses. The Holy Father was very "mindful" of his enormous impact on each person and group he met. From the use of local references (e.g. Drexel in Philadelphia, the Clean Air Act at the White House) to where he spent his time, and who he stopped to bless or greet, to his reference to the dangers of "polarization" in his address to the polarized, paralyzed Congress, the Pope consciously chose where and how to have an impact.

What most resonated with you from Pope Francis' visit to the U.S.? 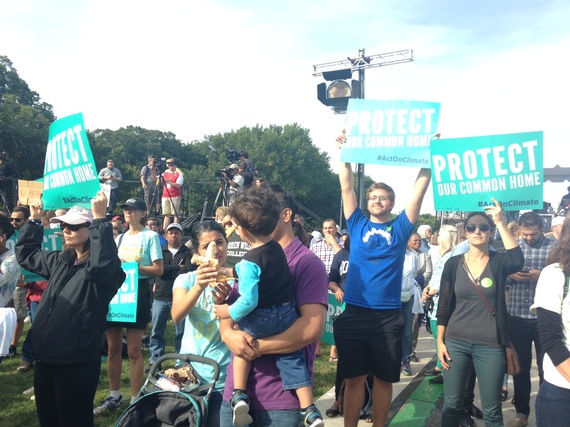