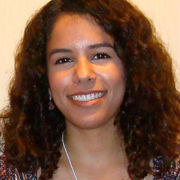 On Sept. 17, 2011, the world watched as thousands of protesters gathered in New York City to collectively challenge the power of the global elite. "We are the 99 percent!" they chanted in both defiance and hope. It was a spark that ignited one of the most unique social movements seen thus far in the 21st century. This simple five-word mantra would become the rallying cry of the Occupy Wall Street Movement as it spread like wildfire across the globe. Within a few weeks of its genesis, a diverse group known as Occupy Austin formed and began to mobilize against the perceived unfair local distribution of economic and political power. Their tactical repertoire, informed by the movement's slogan, "We are the 99 percent!" included coalition building, acts of civil disobedience and direct-action protests. Activists engaged in egalitarian decision-making to demonstrate on a micro-scale the type of world they envisioned in the future. Interested in the group's lateral organizational structure and coalition-building efforts between diverse constituencies, I decided to study Occupy Austin (OA). From August to December 2012, I participated in ethnographic fieldwork, conducted in-depth face-to-face interviews with activists, and analyzed OA's organizational materials, including their Facebook page, blogs, and website. My goal was to operate as an "outsider within" to get a better sense of how these new political formations played out within this Austin-based social movement group.

What my time in the field taught me about Occupy Austin:

Sitting on the steps of City Hall, I watch individuals take their turn to speak as their name comes up on "stack," the general assembly's method for keeping track of speakers. After discovering undercover policemen among their ranks, a proposition is made to create a panel addressing the issue of police accountability. I hear a shout coming from behind, "No revolution ever occurred because of working groups ... Occupy needs cohesion!" The person then openly questions Occupy Austin's non-hierarchical structure, claiming the group needs leaders.

This experience served as my entrance into the Occupy Austin group, which left me with more questions than answers. I thought to myself, "How would a leaderless social movement group survive -- especially one that consists of diverse coalitions? And, how can the movement negotiate multiple interests without outlining specific goals?" The time I spent observing Occupy Austin and investigating scholarly work on social movements shed important light on these questions.

While searching for a framework to guide my research, I discovered a concept that helped explain some of the patterns I was seeing on the ground level -- framing. The term explains how activists formulate shared meanings that both encourage and sustain movement participation. Often, activists rely on broad, pre-existing cultural themes, such as social justice, to formulate their group's shared identity. Occupy Austin uses the "We are the 99 percent!" frame very effectively in their protest. It was present on placards and collectively chanted at every type of gathering ranging from marches to sit-ins that I attended during my fieldwork. Reggie, an activist in Occupy Austin, spoke with me about the slogan and its importance in unifying activists from various backgrounds together in the movement. He explained, "But with Occupy, it was good that we were all coming together, recognizing that even though we have different ideas about how things are, we share a similar condition, and the condition was that we are the 99 percent. And we share the same economic condition of being impoverished. And also being disenfranchised, not being able to have a voice in the direction the government goes and how they use our tax money and stuff like that. We recognize that we're united, that we share something in common ... and it's time to get together and organize."

As Reggie suggests, the Occupy slogan resonates with participants and serves to remind them of their shared interests, helps to create an overall collective identity, and motivates them to work together to change the existing social structure by uniting as one. Their interests, however, were not naturally attuned to one another, but rather converged through participatory democracy and a unique horizontal form of leadership.

OA has a lateral organizational structure that foregrounds democratic decision-making and does not allow for hierarchy. This social arrangement is best exemplified by the general assembly, a weekly meeting in which individuals congregate to make decisions, discuss ideas and propose actions. Meetings are structured according to an agenda involving announcements, "report backs" and proposals, in which members are encouraged to voice their interests and concerns in order to agree on propositions for action. The notion of consensus is fundamental to OA's horizontal decision-making; more than half of the participants present at the assembly must agree on a proposal in order for the action to be undertaken. If members disagree with a proposal, they may choose to block it and require 90 percent consensus for the block to be passed. Although this form of participatory democracy most assuredly has its limitations (for instance, see Francesa Polletta's 2002 Freedom is an Endless Meeting), Occupy Austin ensures that participants are treated equally by consolidating agreement in this manner.

Kit, an activist heavily involved in OA, recognizes the value of consensus in decision-making despite the difficulty of acquiring agreement from the whole:

"[Consensus] does take more time. If you bring a proposal in and you spend an hour arguing about one sentence, it usually means there is a problem there. You and those people who are having a problem need to ... [figure] out what the problem is until you find that common ground. 'Cause that common ground is probably there. If they just disagreed with it, they would block your proposal and say, 'No this is not part of Occupy.' If they're arguing about it, some part thinks, 'This is interesting and I want to see it happen, but I see a problem here.' Recognizing this is really valuable, it means that no one is really stepped on, hopefully. And hopefully what comes out in the end is a close approximation of what everyone wants."

Kit's comment highlights the strengths and limitations of consensus-building in the context of Occupy Austin. The process takes more time, but everyone has the opportunity to contribute and can ultimately find a common ground, thus empowering all in the group. In this process, we can see how an overall collective identity helps to facilitate cooperative decision-making and coalition-building efforts within the group's lateral organizational structure.

Throughout my research, I found that the general assembly not only functioned as a key component in forging a collective identity, but also served to align interests within Occupy Austin. In order to effectively address particular issues under the rubric of social justice, a division of labor was necessary. As a result, Occupy Austin developed smaller, more manageable affinity groups to focus on particular issues. Each working group develops its own frame that communicates a specific focus to guide their actions. For instance, Occupy AISD is a group that advocates for democracy by framing their activism towards saving public education. OccuQueers is a constituency that intersects LGBT issues with class issues to work in solidarity with Occupy Austin. These and other working groups collectively address ideas and plans for action in weekly general assemblies to align their messages with OA's overarching frames. However, they can also protest against inequality in ways not necessarily condoned by the larger group.

During my fieldwork, the best example of this pattern emerged with the Occupy AISD working group. The constituency, which is dedicated to democratizing the process of decision making within the public school system in Austin, sponsored a candidate for the AISD school board elections -- an action which ran counter to OA's value of non-partisanship. Despite an initial mixed reaction, in which OA members valued the working group's activism but clearly understood their error, Occupy AISD was allowed to remain a member of the organization, in large part because OA does not want to dictate specific rules to the working groups. Also, in every other way, Occupy AISD continued to embody OA's overarching frame to actively fight against social inequalities by taking matters into their own hands, thereby epitomizing the ultimate purpose of the Occupy protest. This dilemma revealed that Occupy Austin stands not only as a united front, but works toward building a socially just future where individuals are empowered to take charge of their own lives.

By conducting qualitative research on Occupy Austin, I was able to examine how this group, as part of a larger global social movement, used lateral organizational structure and coalition-building efforts between diverse constituencies to fight against social inequality. Responding to the perceived inaccessibility and unfairness of the political system, the Occupy Movement was able to unite various groups together in part with the rallying cry, "We are the 99 percent!" This slogan served as a powerful symbolic message to remind citizens that there is power in numbers. Their rallying cry struck a chord among individuals from all walks of life in the central Texas area. They began to engage in egalitarian decision-making to exemplify the type of world they envision for their future, one where each person is empowered to make decisions affecting their livelihood instead of relying on others to make decisions for them. Given their diverse interests, they formed autonomous working groups around specific social and economic causes and yet the larger OA group remained intact as well. The general assembly was essential in serving to align the protests of constituencies to the larger organization. While I found that in some ways, working group autonomy may have at times reduced the overall cohesion of the organization, it did not do so continuously. The organization's master frame, "We are the 99 percent!" served to regularly reconnect and realign these individual groups to "Occupy" the identity and purpose of Occupy Austin. As such, OA was able to successfully sustain coalition-building efforts between diverse constituencies while also maintaining its lateral organizational structure as it continued to work toward a more socially just and democratic world deep in the heart of Texas.

In summer 2013, many months after concluding my research with Occupy Austin, I was sitting at home watching TV searching for the latest updates on Texas Senator Wendy Davis's 11-hour filibuster against a controversial abortion bill. I flipped to a channel covering the story from the Texas Capitol and I was taken aback by what I saw. Thousands of people had filled the Capitol building in Austin and were rallying to defend women's reproductive rights and support Wendy Davis's defiant action. One image in particular caught my eye. The camera zoomed in on a sign, a slogan I recognized so clearly: "We are the 99 percent!" it stated. The person holding the placard was an activist of Occupy Austin who was surrounded by other members of the organization with whom I had interacted during my study. The camera focused on them as they chanted, "Tell me what democracy looks like! This is what democracy looks like!" As a citizen of this country, it was an image that I hope I will never forget, for it reminded me that Occupy Austin remains active, vibrant, and alive today as it attempts to recalibrate our understanding of the meaning of democracy in this nation. After spending months participating, observing, and talking with Occupy Austin activists, I realized that in their prefiguring of democratic participation, coalition-building across issues and constituencies, and re-imagining the role of leadership, Occupy Austin has shown me what democracy in the 21st century looks like.