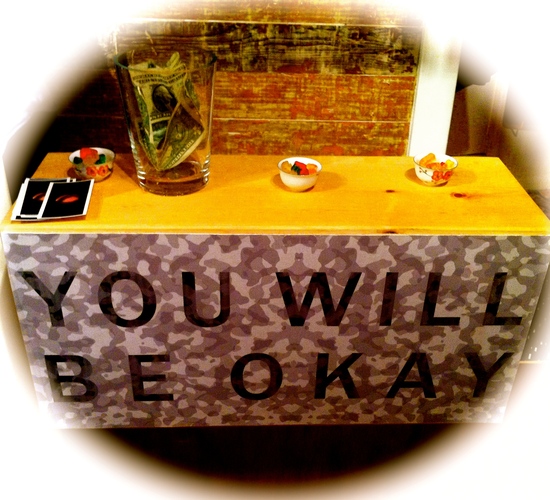 A startup is a human institution designed to create something new under conditions of extreme uncertainty. [...] Entrepreneurship is the management discipline that deals [in a scientific way] with those situations of high uncertainty. ERIC RIES

As a (former) Design Thinking student and lifetime Systems Theory evangelist I was delighted to watch this week's Google Hangout with Eric Ries (The Lean Startup), Jake Knapp (Design Partner, Google Ventures) and Tim Brown (CEO, IDEO). Everybody was great, including moderator Kaili Emmrich. But Eric Ries' honest and informed wisdom made a very strong impression on me, so I decided to share my version of it below.

1. "There are a lot of people starting but who are the finishers?"

There is a reason for which entrepreneurs call their companies "startups" and not "endups". The name basically designates a small enterprise that begins somewhere at the bottom of the unknown, from where it begins to climb up. But as Ries points out, it is the entrepreneurs' discipline that will ensure their business will end up and not down:

Everybody thinks that getting ideas is the hard thing. But every company that I meet, from 5 years old to 100 years old is overloaded with ideas. The point is: how do you take something from an idea, from a concept, from a prototype to a hypergrowth, commercially viable new division, That's the discipline of entrepreneurship and that function is being missing in most companies."

2. "The future is uncertain and disruption does happen."

This particular statement resonates with me, as it points toward a fundamental psychological, sociological and existential issue: the unknown. The way we respond to uncertainty -- fear, denial, indifference -- is crucial to our success as professionals, spouses and parents. Yes, we can tell each other that "everything will be ok", but we need to be able to handle the fact that there is no guarantee for that.

It is fascinating to see how much energy we spend planning every second of our lives, and how angry we get when our plans are deviated by a minute or an inch. We have become addicted to reassurance and certainty -- especially those of us living in more affluent nations -- and technology seems to have contributed to it quite a bit. As well as "satisfaction guarantee" merchandise.

Eric Ries asks two crucially relevant questions for today's business world: (a) who are those people for whom uncertainty not only is not a big deal, but it's part of their core competency? And (b): who is training people to develop that ability not only to tolerate the unknown, but to actually thrive in an uncertain environment?

One of the variables that I measure in my coaching and training work is called uncertainty avoidance, defined by sociologist Geert Hofstede as "the extent to which people feel threatened by uncertainty and ambiguity and try to avoid such a situations". Each of us has a specific level of uncertainty tolerance, as well as a specific set of behaviors that we exhibit when confronted with uncertainty. These behaviors are directly correlated to the values and beliefs of the culture, community and family in which we grew up. Our response to uncertain, ambiguous situations has a tremendous impact on the way we choose business strategies, employers, lovers, spouses or vacation places. This response has been emotionally imprinted at a subconscious level, but the good news is that it can be modified once it is brought to awareness.

Whether they are old, industrial-style companies or "super-hot Silicon Valley hypergrowth five-years-old companies", most organizations seem to be built around the same mental blueprint. It seems that the founders of new companies, unconsciously, are taking this old fashion organizational blueprint into the new companies, "and they recreated the very thing they were trying to get away from".

Ries defines this blueprint as having two components: an inability to promote and drive innovation and entrepreneurship, on one hand. And an organizational structure which he names "functional silos", on the other hand. The silos are metaphors for the departments of an organization (operations, development, product design, marketing, etc.). Within each department things are going well, they each use iteration, design thinking, etc.. But at the organization level as a whole, all these well functioning individual silos still communicate with each other in the "old school, linear, waterfall approach". Moreover, they compete with each other to become the lead function, and they want all the other departments to follow their lead.

Eric Ries reminds me of one of my mentors, Jamshid Gharajedaghi, the author of Systems Thinking: Managing Chaos and Complexity: A Platform for Designing Business Architecture. Gharajedaghi talks about the need for a paradigm shift: from uni-mided, pyramidal, closed entities to open, multi-faceted systems. These business systems are formed by interdependent parts, which communicate with each other not in a linear way, but through circular feedback loops. This type of communication assures the iterative process of the design thinking. What drives such a complex organizational system, says Gharajedaghi, is nothing else than purpose.

4. Entrepreneurs have a bad habit: they spend other people's money.

From the very beginning entrepreneurs face this paradox: on one hand they are "dreamers", they think bigger than anybody else, otherwise they would not be entrepreneurs but mere employees of a 9-5 corporation. But on the other hand they have to demonstrate that their idea will generate (many) dollars and cents. It is the condition under which they will continue to receive funding.

Ries offers a solution to this paradox: Once you've got an idea, put it to test as soon as possible. Rather than struggling to sign up thousands of customers, find a small number of users that are crazy about your product, and then figure out their behavior and a way to reiterate that.

In that spirit, Ries defines MVP (Minimum Viable Product) as "the smallest amount of work necessary to start that process of learning whether your idea is liked or not."

5. What Lean Startup and Design Thinking have in common is: the "focus on the customers and their actual needs vs. on our theories and beautiful business plans - the kind of things that we wish our customers will do."

It would be amazing, Ries says, if the customer would read our business plans and behave accordingly. But they don't and therefore a discovery approach is needed in order to learn, as early as possible, how customers understand and make use of a product.