I recently was in Rwanda on behalf of the Georgetown University Women's Leadership Institute as part of a research team studying Kate Spade & Company's "On Purpose" program. The company is trying a novel approach to corporate social enterprise by building an employee-owned, self-sustaining supplier in a marginalized community. The intention is that they will build supplier capacity to be fully integrated into the Kate Spade & Company supply chain as a globally compliant manufacturing partner.

Masoro, Rwanda might be considered a more conservative test of the viability of the company's approach, given the brutal history of the region. Twenty-one years ago, nearly one million Tutsi and moderate Hutu were slaughtered by members of the Hutu majority, over a period of approximately 100 days. To put this in context, Rwanda is a country with a population of less than 12 million, about the same as the population of Ohio [though Rwanda is closer in size to Vermont]. What is perhaps most shocking about this mass genocide is that the distinction between the Tutsis and the Hutus is completely fabricated. They are not two different tribes; there is no different blood line, ancestry, or religion. Rather, it was colonizers who, a few decades ago, decided that one person would be declared Tutsi and another Hutu. This man-made distinction was enough to turn neighbor against neighbor, friend against friend as they raped, tortured, hacked, and burned to death men, women, children, and infants.

So what is life like now, only 20 years after this inhumanity, which many people still remember? Can this post-conflict society heal? Of course my time there offered me only a very small snapshot of activity [a more comprehensive report can be found here ] but one encounter in particular stuck with me. I was visiting a high school in Masoro, where I engaged with a group of advanced English students.

I asked them what they considered to be their favorite English word. One hand shot up immediately. When I called on him, he shouted, "Peace." Wow. Two days before I had visited the genocide museum in Kigali, about a 40-minute drive away, where they are still cleaning and burying bones of the slaughtered in mass graves. 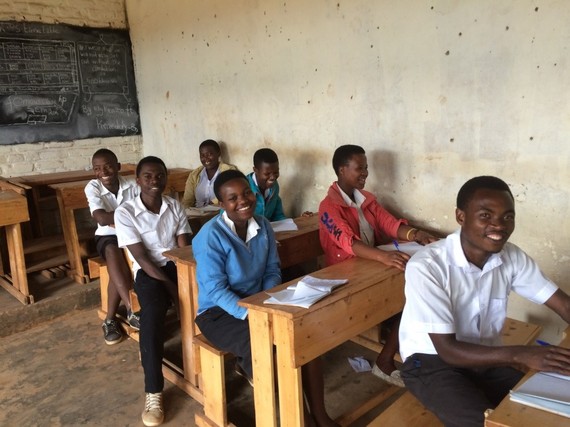 Given that the dead were often just left to rot or buried in shallow graves, it is not uncommon to dig up bones while doing daily activities. Peace. When asked for their second favorite English word, they said "Love."

Peace and love. It strikes me that we could learn from these young people. Rwanda reminded the world where divisiveness over trivial differences can take a society - straight into the horrific depths of humanity. Their certainty now about what they value comes from direct experience of the opposite. The lessons are simple. Let go of meaningless divisiveness whether based on gender, race, religion, political affiliation, or sexual orientation. As a social scientist, I realize we are good at dividing ourselves into groups from which we derive a sense of identity and meaning. Through my work at the institute, I take a hard look at the perceived differences between men and women, and how those perceptions of difference can have a real-world impact. 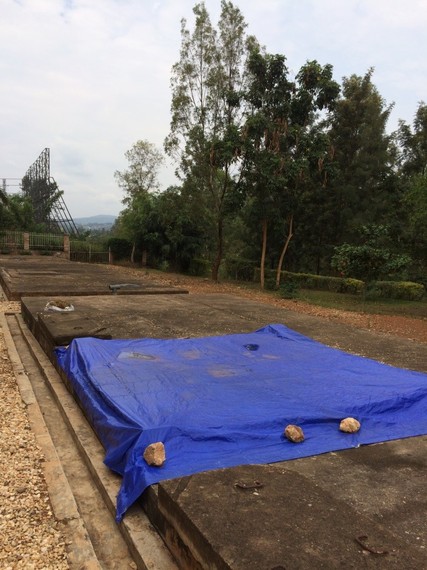 The facility with which we demonize others (Muslims, Christians, Republicans, Democrats) should make us all pause. There is danger in a society fueled by polarization and projection. We all know this, the unconditional blessings of peace and love; sometimes we find wisdom when we least expect it, in the favorite words of youth.