LeAnn Rimes took to Twitter over the weekend to show off photos of herself in a string bikini on the beach in Cabo San Lucas, where she and Eddie Cibrian are honeymooning.

Some fans were alarmed by her extremely thin appearance. "@leannrimes Whoa, you're scary skinny! Sorry don't mean to offend but that's a lot of bones showing through skin..." one wrote.

LeAnn replied, "@AJPaterson1987 those are called abs not bones love."

Later on she tweeted about a fast food stop in the airport.

"Boston Dog's sliders and French fries in the Cabo airport are so good! Anyone coming here try them!!!" she wrote.

This is not the first time LeAnn has shared a bikini pic or defended her weight and healthy eating habits on Twitter. 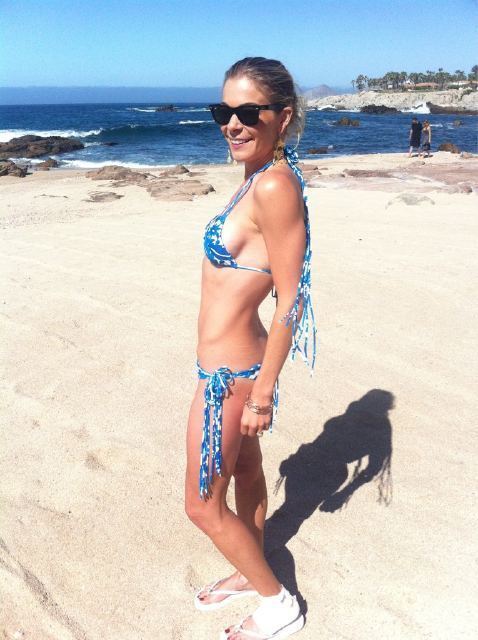 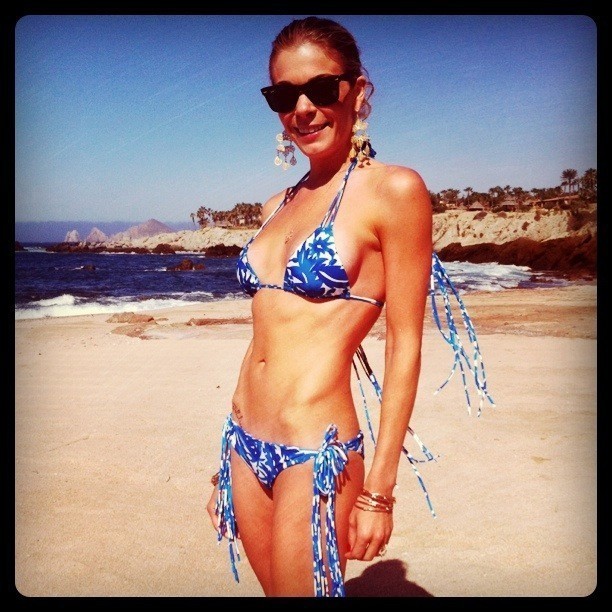