Biological organisms and human society face the same fundamental problem, which is that risk in the world is inevitable and unpredictable. In business, in counter-terrorism, and homeland security, we have expended massive resources trying to predict and plan for the uncertain threats of the future, but the next terrorist attack, the next stock market crash, and the next killer app inevitably take us by surprise, forcing us to react well after the damage has been done.

The biological world has a much better track record. Biological organisms have not only survived, but thrived, in a world of extreme and unpredictable risks for over 3.5 billion years. Not even IBM has that kind of longevity. They've also diversified into well over 10 million different species and covered the planet from the deepest to the highest to the wettest to the driest environments. Not even Google has that global reach. Remarkably, organisms in nature don't plan, they don't predict, and they don't try to perfect themselves.

How they've pulled off this remarkable feat is quite simply that they are all adaptable. Strictly speaking, adaptability is the process of changing structures, behaviors and interactions in response to changes in the environment. In practice, adaptability means owning the middle ground between reacting to a past crisis (by which point it is too late to prevent it) and predicting the next one (which is never possible in a complex and dynamic world).

Of course, adaptability has become a buzzword in the business world and in the security field. With each new market crash, regulatory change, natural disaster, and terrorist attack, the cry comes up to become more adaptable. The problem with these idealistic calls to arms is that few institutions--whether in the government or in the free market--really know what adaptability is or how to make it happen.

In my book, Learning from the Octopus: the Secrets from Nature that Can Help Us Fight Terrorism, Natural Disasters, and Disease[Basic Books, $26.95] I use my perspective as a biologist to break down adaptability into its component parts so it can be built back into any organization, even those that are currently mired in bureaucratic stasis. My case study is nature itself, in all its diversity, from viruses to humans, and all its complexity, from DNA to ecosystems. Culling the massive resultant database of adaptable solutions and translating the results into outputs useful for society has required a large interdisciplinary effort of evolutionary biologists, paleontologists, anthropologists, psychologists, as well as network analysts, counterterrorism experts and public health officials, which I first organized at the National Science Foundation's National Center for Ecological Analysis and Synthesis. Here I present some key findings from nature and show how they can help an organization, or an individual, become more adaptable.

10 Lessons You Can Learn From Nature (PHOTOS)
Gallery 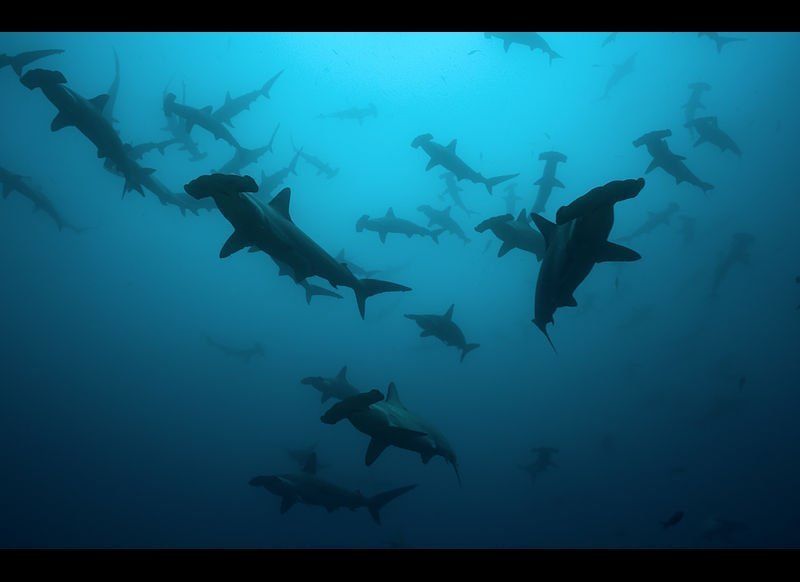 1 / 10
Don't try to turn a shark into a vegetarian
Sharks will always try to eat other fish. That's what they do. If we are a fish in shark filled waters, we can do our best to avoid the shark or trick the shark, but there will always be sharks and the risk of predation out there. Too often in society we confuse risk with specific challenges. We can solve individual problems, but our world will always be full of risk. We can, with a lot of effort, eliminate smallpox, but infectious disease will always be present. When we declare wars on drugs, on terrorism, on invasive species or on illegal immigration we are trying to turn sharks into vegetarians rather than dealing with the immediate challenges that drug addiction, terrorists, movement of species around the globe, and economic and political inequalities present.
Wikimedia