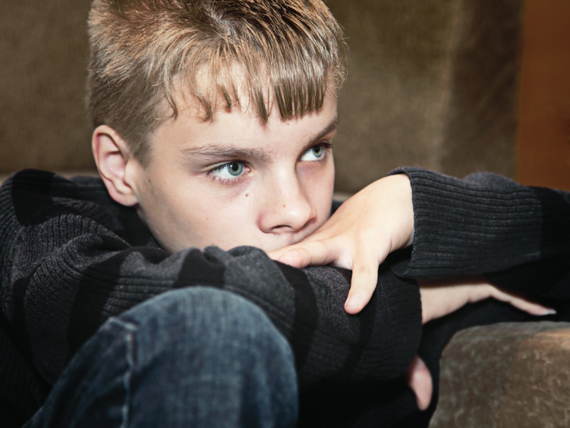 Through my childhood, adolescence, and early adulthood, I struggled academically. I failed the third and seventh grades. I completed high school with a "D" average. I attended college on an athletic scholarship but remained on academic probation for the entire first year.

The first book I read from cover to cover was during my third year of graduate school. It was 87 pages long. With this painful history of embarrassing failures, I eventually concluded that I was just stupid. I remember once overhearing two teachers talking about the dumb jock syndrome and assumed they were talking about me.

Years later as a young professional, I was driving to speak at a leadership conference when I happened to catch a radio broadcast featuring an interview with Dr. Edward Hallowell, a world-renowned expert on Attention Deficit Hyperactive Disorder, or ADHD. As he discussed the primary traits of ADHD, I was stunned to discover that he was describing my life to that point. I pulled over to the side of the freeway and frantically wrote down everything I could capture.

As the broadcast ended, I sat in my car beside the highway and considered what I had heard. The traffic rushed by, shaking my car with the slipstream. I thought, "That's how it's always felt to me -- sitting on the sidelines while people passed me by." Suddenly here was hope and a new perspective. I thought about the story I learned in seminary training about how Saul had seen the light on the road to Damascus and soon became the apostle Paul. After years of failure, self doubt and anxiety I felt I had been transformed with this new knowledge. I came to a new conclusion: I was not dumb. I had grown up struggling with a learning disability.

For weeks following this experience, I studied the work of Dr. Hallowell. I read his bestselling book Driven to Distraction. I learned that with ADHD, focusing on anything for long is difficult. Since the third grade I remember that the slightest distraction would take me off task. Before I realized what was happening, I was juggling two or three tasks at once. Not only did these multiple distractions create stress and anxiety, but the quality of my work on each task suffered.

Now that I was aware of the consequences of distraction, I concentrated on one task at a time, doggedly refusing to lose focus until I was done. As a result, I had less negative stress and the quality of my work improved. In addition, I used my time much more efficiently.

Through the years I have told my personal ADHD story in presentations and seminars. During the break or after my talk, a few of the people in my audience from all walks of life -- professional sales people, emergency physicians, educators, and managers in manufacturing -- came up to tell me their own personal ADHD stories and the strife and stress it had caused them.

Everyone struggles with the same kinds of distraction, stress, and time pressures that torment those of us with ADHD. It's just a matter of degree. Today's workplace is rife with distraction and disruption, and attention is a scarce commodity.

With my early academic struggles, who would have ever dreamed that I would eventually make my living consulting with major corporations about critical business issues and counseling young professionals about their difficulties in the workplace? Or that one day I would blog on The Huffington Post? Just goes to show that you can't give up.

As Winston Churchill once said, "If you are going through hell, keep going."

Sandy Smith is a keynote speaker, training specialist, and consultant on today's most critical business issues.