Once upon a time there was a U.S. president who took office during a period of great economic distress, and whose efforts to relieve that distress kicked up fierce opposition. "The president's recent statements," one U.S. senator said, "remove any doubt of his policy of state socialism, which necessitates increased activities of the government in either ownership or operation of industry, or both." 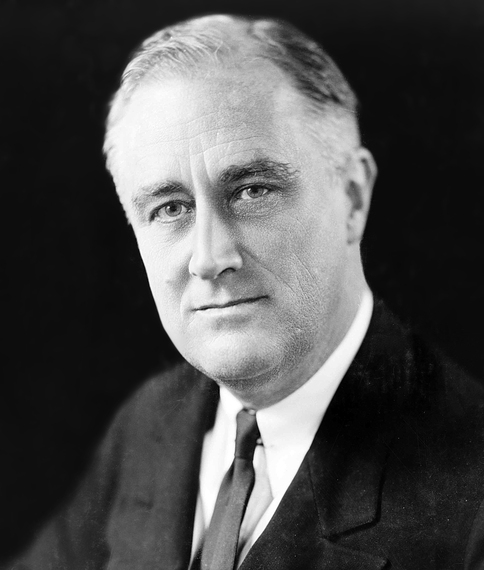 No, I'm not referring to Barack Obama. Senator Simeon D. Fess of Ohio made that statement in 1934, denouncing the policies of Franklin D. Roosevelt.

Our current political leaders could learn a few things from Roosevelt, who died 70 years ago, on April 12, 1945. As controversial as he was at times, he is now almost universally regarded as a hero who saved America from disaster. A recent poll of experts on the presidency ranked Roosevelt as our third-greatest president, after Washington and Lincoln.

His words from three quarters of a century ago seem almost eerily relevant in our present era of rising economic inequality. "The test of our progress is not whether we add more to the abundance of those who have much," Roosevelt said. "It is whether we provide enough for those who have little."

The New Deal's opponents, just like some political voices we hear today, howled a lot about freedom, to which Roosevelt replied, "True individual freedom cannot exist without economic security and independence. People who are hungry and out of a job are the stuff of which dictatorships are made."

This seems like such a common-sense sentiment that it shouldn't even be controversial. But many in our current political culture seem to have forgotten the lessons of the past.

Indeed, as New York Times columnist Paul Krugman noted recently, conservatives' stock refrain is that policies to help those in danger of being left behind are "job killers," even though time and again such claims have been shown to be wrong. They said that -- and indeed keep saying it -- about the Affordable Care Act, even though the U.S. economy added 3.3 million jobs during the first year of the law's implementation.

Roosevelt understood that giving those on the lower rungs of the economic ladder some security and stability doesn't just help them but strengthens the whole economy. People who feel they have an economic future and a sense of stability are more able to spend money and participate in our consumer-driven economy. That means more business and more profits for companies selling all sorts of goods and services. Sooner or later, even the CEOs benefit. Call it "trickle-up" economics.

Nonsense. Having a minimum wage close to what someone might actually be able to live on wasn't a job killer in 1968, when the unemployment rate was 3.6 percent , and it's not now. Neither are things like paid leave and affordable health coverage for all. Such government actions make prosperity possible.

This shouldn't be partisan. Indeed, Republicans, who talk so much about the value of work and personal responsibility, ought to be the ones complaining most loudly that the phrase "working poor" should not exist in this country.

Roosevelt wasn't perfect by any means. His failure to take strong action against lynching, for example, will always be a stain on his record. But on the broad issue of the relationship between the American people and their government, he got it right: "The only sure bulwark of continuing liberty is a government strong enough to protect the interests of the people, and a people strong enough and well enough informed to maintain its sovereign control over the government."

We could use more of that attitude today -- not to mention some more trickle-up economics.