There was no question that he was a genius. I read his book, Saint Peter's Banker, and I knew of his reputation as a script editor on The Godfather in 1971. To study with him in his screenwriting class was the reason I went to Harvard in the summer of '86. Luigi DiFonzo was a towering hulk of a man, as big as a prize fighter. His beard covered most of his face. 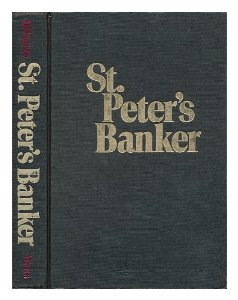 From day one, I sat in the front of the class to learn as much as I could about story development and screenwriting. I was hoping this would be a chance to begin my writing career. The class was held from 6-8 pm on Monday and Wednesday nights. The first night, we each wrote one sentence to describe our own ideas for a movie. Mine was based on my book Homeboys, the story of my teaching math and entrepreneurship to special education students since 1982.

After we all got our thoughts together and discussed them with each other, Luigi told us, "Just go write." That I did, in my room in the dorm at Evert Hall. I began a long journey to find my voice as a writer of screenplays and books. Almost every day I visited Luigi, bringing along my writings. He began to take a liking to me when he realized how well I knew his body of work and how hard I was working to emulate his success. I was ecstatic when he asked to co-author the screenplay that I was writing. We struck a deal. He would pay me $600 each month, plus travel, to come three weekends a month, for a whole year. We started in mid-August of 1986, and I was excited to go to his home. He had a huge white colonial about a half mile from the Bush family compound in Kennebunkport, Maine. In the kitchen, he had a long wooden table imported from Sicily. We would dig into Italian feasts there, talking about literature and art.

His beautiful wife sat with us, and he told stories about Robert DeNiro, Francis Ford Coppola, and Al Pacino. One night, I even answered the phone and it was Al Pacino. I acted indifferently as I handed the phone to Luigi, but inside I was elated to be talking to this great artist. Luigi told of helping with the dialogue in The Godfather and Scarface, showing me the actual changes he made on the original confidential scripts. He showed me copies of letters from Steven Spielberg and a copy of the actual check to option his book, Saint Peter's Banker.

All day, every Saturday, we labored over the screenplay -- discussing my experiences with young people at risk, and how my students overcame their challenges via entrepreneurial education. He was the first person I ever told about why I went into teaching, including how I got mugged in September of 1981.

It was the first time I had experienced working with a professional writer and was awed by the power of it. I still have his rewrite of my first two pages of my screen play Homeboys, which told the story of five incarcerated kids from the South Bronx who start a business in the jail Rikers Island and eventually rise to fame and fortune. He took my language and made it powerful and real, and I saw the magic of the craft of screenplay writing.

We spent hundreds of hours together in his upstairs room -- developing our story with Luigi's large blue pen on the transparency board he always used. Working with this great storyteller was a wonderful experience and helped me to clarify my thoughts about my own traumatic incident, teaching at-risk youth, and the value of entrepreneurship to the success of individuals as well as to our society. These were the thoughts that led me to get my life's work started and for that, I will be forever grateful.

He, however, was sad often and was aggravated by his issues with taxation. In my opinion, he was not aware of the basics of personal and business financials, which I tried to help him with. One day, he said he was too upset to continue working together. He promised to call me in a couple of months, but that time never came. I think he lacked the energy to continue at that point. Instead, he moved out to California and 13 years later, on August 14, 2000, I read that he had died in an apparent suicide. The reports said that he had overdosed on pills in his Laguna Niguel mansion. He died at 53 years old. I read that his apparent suicide note was written in a blue pen, and immediately thought back to the blue pen we wrote with together years earlier. I am indebted to Luigi, who kindly shared his gift for writing and story development with me, and ultimately helped me develop my life and my work into what it is today.