We all make mistakes, but new research shows there's a right way to deal with them.

I can remember, with aching clarity, some of the most mortifying mistakes I've ever made. There was the sixth-grade spelling bee ("S-T-A-L," when spelling steal -- in my head I thought I had already said the e); the geographical error in the first edition of one of my books (I said Fort Mason was in Sausalito, but it's in San Francisco; a reader wrote in to excoriate my sloppiness); the time I left the car headlights on during a cold winter afternoon and returned an hour later to an engine that wouldn't start (in this case, I did the excoriating myself).

We've all felt it: the forehead-smack frustration that comes with failing, forgetting, or simply being flat-out wrong. And to make matters worse, these errors tend to take center stage in our consciousness. Psychologists call it the negativity bias: Our minds are highly attuned to focus on what we've done wrong, not what we've done right. From an evolutionary perspective, it makes sense; for our hunting-and-gathering ancestors, messing up was often a matter of life or death. Though modern-day mistakes don't mean we're going to end up being mauled by a saber-toothed tiger, we may still respond with the same urge to flee. But that response leaves us ill equipped to fix the kinds of errors we make these days, which usually require logical, methodical problem solving.

To err may be human, but "we're still afraid to admit when we've been wrong -- it feels like an indictment of our self-worth," says Kristin Neff, PhD, associate professor of human development and culture at the University of Texas at Austin. This is unfortunate, because according to recent research, acknowledging our slipups is critical to recovering from them.

When we make an error, most of us fall into one of two camps: those who have a fixed mind-set and think, "Screw it, I'll never be good at this," then try to shut out the mistake altogether; or those who have a growth mind-set and view an error as a "wake-up call," identifying what went wrong and then adapting accordingly. It's easier for the "wake-up call" camp to get back on their feet, says psychologist Jason Moser, PhD, director of the Clinical Psychophysiology Lab at Michigan State University. Moser led a small study in which he recorded the neural activity of participants who completed a simple task that required them to identify a letter in the middle of different sequences. After the experiment, the researchers evaluated whether the participants had a fixed or growth mind-set. The growth mind-set group made errors but quickly recovered; they showed enhanced brain activity on EEGs, indicating that they were focused on their mistakes and, as a result, were less likely to make a subsequent error. The fixed mind-set group didn't show an enhanced neural response and were more likely to choose the wrong letter in the next sequence. "By paying attention to mistakes, we invest more time and effort to correct them," says Moser. "The result is that you make the mistake work for you."

Fortunately, a growing body of research has found that we can rewire our response to mistakes so that they're not just scary, anxiety-inducing rabbit holes. The key: self-compassion. "Several studies show that when we practice a new way of approaching failure, it can change an error from something we fear into something we embrace," says Neff. "The hardest part is giving yourself permission to relate to the mistake differently."

One University of California, Berkeley, study published last year found that when a group of students failed a test, those who were reminded to be self-compassionate (with phrases like "Try not to be too hard on yourself" or "It's common for students to have difficulty with tests like these") were motivated to spend more time studying for the next exam, compared with students who were given statements meant to simply boost their self-esteem ("You must be intelligent if you got into Berkeley!"). "We found that people who were taught to be kind to themselves felt more motivated to see their mistakes as a chance for growth," says lead researcher Juliana Breines, PhD. "Outside validation didn't seem to matter as much."

Recently, an out-of-town friend texted to remind me when she was scheduled to arrive at my house, and I realized that I had completely forgotten I'd invited her. I spent the entire night anxiously wondering, "How could I forget a person? I'm going crazy!" But in the light of morning, I took a deep breath. I cleared my calendar, pushed up a work deadline, rescheduled some events, and apologized to those I had double booked. Summoning Neff's wisdom, I tried to look at this error as a "wake-up call" to remind myself not to take on too much. And, as Neff advised, I talked to myself from the perspective of a caring, problem-solving friend: Everybody has scheduling screw-ups. Build in more reminders next time. Let. It. Go.

Could I actually embrace the mistake? That seemed like a stretch, but for once, a singular oversight didn't feel like a black mark on my soul. I fixed what I could and stopped obsessing about the rest. No excoriation necessary.

Bonnie Tsui writes frequently for The New York Times and The Atlantic; her next book is a collection of essays on swimming.

PHOTO GALLERY
16 Lessons We Learned From 'Oprah's Lifeclass: The Tour'

The Right Way To Learn From Your Mistakes
16 Lessons We Learned From 'Oprah's Lifeclass: The Tour' 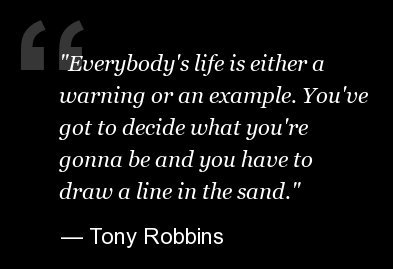