Over the last few years as a high school student, I have fallen in love with the French language. Through trial and error, I have found some techniques that aren't quite the conventional methods they teach at school. Here are some tips to learn a foreign language, whether that is French, Mandarin or Spanish. Let me first acknowledge that I am by no means a linguist or fluent in French, but these tricks I have found have accelerated my language learning.

Ditch the textbook and procrastinate
I don't believe in textbooks in English literature nor foreign languages. Grammar plays an integral role in language learning, and I do not refute that. However, learning solely by a textbook just does not provide enough incentive for people to pursue language learning. Instead, immerse yourself in the culture. The omnipresence of technology allows us to access a vast range of resources, ranging from Youtube videos to foreign newspapers. It is only human to procrastinate, but why don't you procrastinate in a foreign language? Check out some popular vloggers, read the news in a foreign language, or change the language of your phone. Foreign films or books are also a fun way to learn a language like reading manga in Japanese or reading children books (I have read Maleficent in French thrice, yet I still don't understand all of it). You can familiarize yourself with colloquial expressions and also cultural etiquette- all of these are simply not taught in the textbook. Which brings me to the next point...

Listen, even if that is a mere 10 minutes a day
Listening to the radio is also a fantastic way to improve your listening comprehension. My French tutor encouraged me to listen to the French radio, Radio France international. I began with 'Francais facile' or 'Easy French'. No doubt, it was difficult at first without a transcript. But after a while, you become accustomed to the speed and learn common slang. Whenever you have the free time, or you're just doing mundane things like walking or cleaning, why not put the radio on the background, which also means that you can be up to date with the world? I also came across 'du coup' (so), 'quand-même' (anyway, even so) in conversational French by watching French movies, something I never learnt in the classroom or reading a textbook. 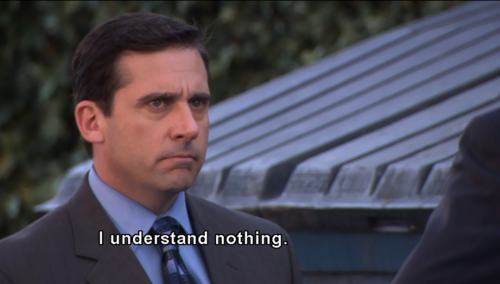 Speak to anyone who is a native speaker
A native speaker can correct your pronunciation and your sentence structure. If you are able to, hire a tutor. Someone who is encouraging and you feel comfortable talking with will help you gain confidence. Most importantly, it contextualizes a real scenario, where you may be engaging in conversations in a foreign language with native speakers. If you don't have the opportunity to do so, there are websites where you can chat or be pen pals with native speakers.

Learn that mistakes are okay and work on pronunciation
I used to be one of those students who lacked confidence, one of the reasons why students aren't motivated to learn languages. Students often feel embarrassed of their pronunciation or making mistakes. It wasn't until my French tutor who challenged me to continue speaking impromptu topics, correcting my mistakes and asking me to repeat it several times. I have come to realize that making mistakes is vital in language learning, no matter how silly you sound. Working on pronunciation will also help. I may never sound like a native French speaker, but at least I try my best to pronounce those difficult French R sounds. Tongue twisters are useful to correct pronunciation, and can be rather quite fun. Or why not learn some simple songs? At the end of the day, if you mispronounce a word or mix up your expression, so what?

Stop translating word for word
This is one of the most important lessons I've learned over the course of my language learning: you cannot simply translate phrases or regular colloquial expressions you use in your mother tongue. Try to think in a foreign language, and the only way to do this is by exposing yourself regularly to reading or listening material. You'll eventually find yourself recognizing some common phrases. For example, in English, to be 'down in the dumps' or 'depressed', cannot be translated directly into French, but rather 'avoir le cafard' which literally means 'to have the cockroach'.

Write it down by hand
I don't know the science behind this, but writing it down helps you to remember things. When I come across new words, I write them down in a vocabulary notebook or alternatively, I create an expression bank on a piece of paper and stick it up on my wall. After you have written some new words and expressions down, read the words out loud, as if you are teaching someone. 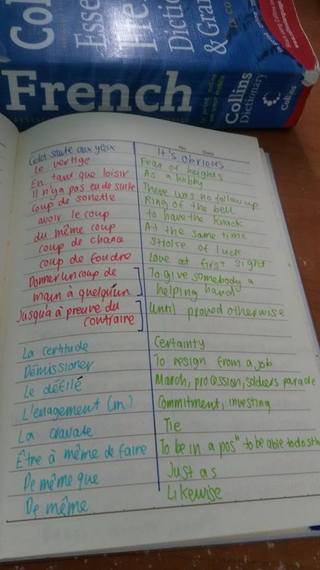 There is no right or wrong way to learn a language, but there are many other ways to implement that aren't monotonous or arduous to improve your learning. I am a firm believer that learning foreign languages allows us to build relationships, as well as dissipate stereotypes and misconceptions. It is truly never too late to learn a language.