It's not that Meredith Bryan didn't have friends -- it's that she wasn't, well, friendly. Until she tore down the fortress she'd built around herself, and the world smiled back.

My mother was robbed at gunpoint in our home when she was pregnant with my sister. As a toddler, I found the event less scarring than she did (her water broke from the stress). Still, she spent the rest of my childhood instilling in me a fear of strangers and an appreciation of big dogs and high-tech alarm systems.

Three decades later, I've taken her lessons to heart. I live in New York City, a place teeming with strangers. And I never speak to them. Not to the old man playing his cello on the subway platform, or the NYU students scouring the sale rack alongside me at the Gap -- hell, not even to the tired moms pushing baby strollers on my block, who seem particularly disinclined to commit violence. With friends, I'm solicitous (after an initial thaw, at least). Toward anyone I don't know, I'm dismissive at best, rude at worst. Why are they taking so long to order their coffee?

This all came into sharp relief when I married a man our friends call the Mayor of Greenpoint. When we walk the streets of our Brooklyn neighborhood, my husband greets each dog and human by name. He gets drinks with his barber; he landed a job through a guy he met at the park. And he frequently brings up the time I used my open umbrella to herd tourists out of my path in Times Square, like cattle. "I could never do that," he'll say, virtuously. I still don't see why it was so wrong -- perhaps more evidence that I need help.

I decide to try a little experiment. For a week, I will smile at everyone and will answer warmly when spoken to. I'm curious to see if I can change this crowded metropolis -- or at least, my experience of it -- by altering my own energy. (It's worth mentioning that I'm visibly pregnant, which predisposes people to be nice to me.)

My experiment starts strong, when our shepherd mutt stops to sniff a cocker spaniel's rear in my building's lobby. This is usually my cue to flash a terse smile and yank his leash. But today I linger. The cocker spaniel's owner reveals that she herself is in the early stages of pregnancy. After a few pleasantries, I suggest we explore sharing a nanny. When she agrees, I'm overwhelmed by that tingly rush you get when you first gel with a new friend.

Soon I take my nicer self for a spin on the subway. When an older couple chats me up -- "It's a boy, isn't it?" says the woman, who is wearing a floral twinset -- I gamely field her questions about the names we're considering. Feeling bold, I even reveal that I'm starting to dilate -- which elicits a raised eyebrow. Too much? I've gone from avoiding eye contact to telling complete strangers what's going on with my cervix.

Still, the world is starting to look different to me. It's full of cute retired couples who remind me of my parents, and neighbors named Sandra with whom to gossip about the stoner who was recently evicted from our building. I start finding Amazon.com boxes perched in front of my door; it seems my new friends don't want me to haul them upstairs in my condition.

Of course, not everyone seems to be relishing the magical new vibe. When my dog nearly trips a woman on the sidewalk, she fixes me with an icy, accusatory glare -- a look I've cast at hundreds of strangers over the years. This time, however, I simply smile. "Poor thing," I think. "Doesn't know what she's missing."

Earlier on HuffPost Own: 6 Shocking Things That Make You Calmer & Happier

PHOTO GALLERY
Shocking Things That Make You Calmer And Happier

Own OWN Live Happier 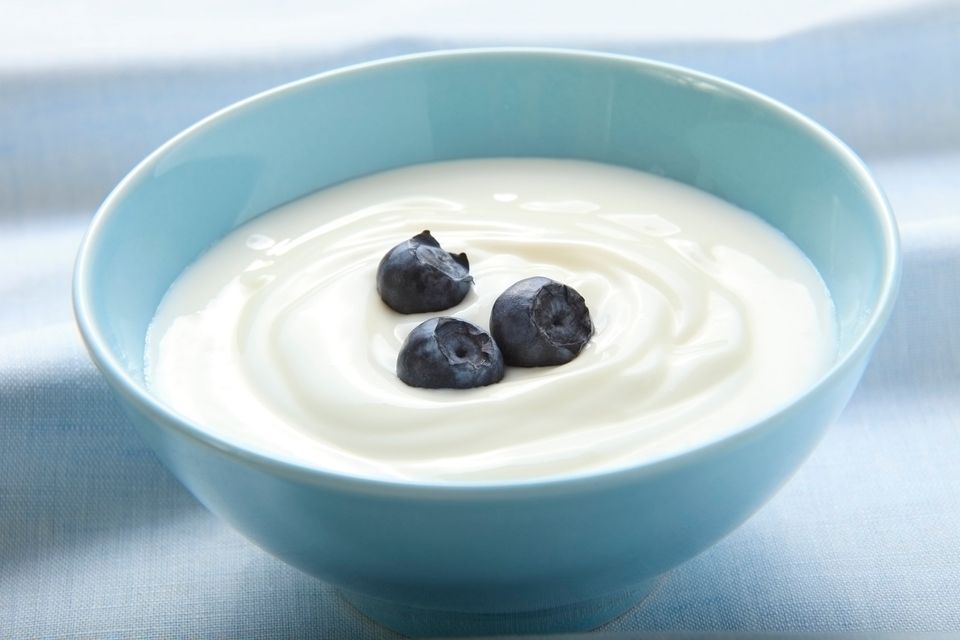 1 / 5
A Gut Takeover
Yogurt is the next Prozac -- if a promising finding at Ireland’s University College Cork pans out. A bacterial strain found in some types of yogurt -- lactobacillus rhamnosus -- affects the brains of mice, <a href="http://www.pnas.org/content/108/38/16050" target="_blank">reducing their stress hormone levels</a> and making them act calmer than those fed bacteria-free meals. The probiotic, which boosts receptors for the soothing neurotransmitter GABA, travels from bowels to brain via the body’s long vagus nerve -- and has potential as an all-natural therapy for anxiety and depression.
Thinkstock