Guys -- especially married guys -- hate dancing, and I am no exception.

There are many theories for why this is, but for me, I just felt stupid out there trying to move my limbs to some sort of rhythm. Maybe it was the flashbacks to images of me flailing around in a denim leisure suit in seventh-grade dance class, but whatever the reason, I'd rather die than dance.

Problem is, my wife loves to dance. But she knew I didn't dance when we met, so that was just part of the deal. Meg would have to live with the fact that, like many women, she's married to a guy who doesn't dance. That worked fine for more than 20 years, until one day my refusal to dance became a full-fledged Relationship Crisis.

He Was a Stick in the Mud
Yes, it wasn't just the dancing, but that was certainly tipping it into the full-fledged Relationship Crisis. For me, No-Dance Guy had became Why Am I Married To This Guy?

After years of only indulging my dancing feet with girlfriends or at the occasional wedding, I was reawakening to what I really wanted in life (midlife does that to you). Dancing, moving, expressing myself physically makes me feel more alive, and after years of dragging myself through the day as a mother, wife, and part-time professional, I desperately wanted to feel more alive.

And I longed for the intimacy of dancing with another person, the closeness, the heat and the coming together and apart.

I began studying with dance therapist and body intelligence guru Kathlyn Hendricks, where I realized just how deeply tuned to movement I was. I decided I was going to be married to a guy who was comfortable in his body. And it crossed my mind: that might have to be another guy.

A Prescription for Change
When I returned home from one workshop, I handed Tim a small piece of paper that read: "Prescription for Relationship Change from Dr. Hendricks: Dance alone for 10 minutes a day. Repeat as needed."

Would 25 years of marriage really end over dancing? I was waking up to the things that really lit me up, including dancing, music, and movement. It was the tip of the Relationship Crisis iceberg. Was Tim willing to change his story about hating dancing because it was so important to me?

Was I Willing to Change?
The issue wasn't whether I'd go dancing with Meg; it was whether I was willing to change. Was I willing to take a risk and get outside my comfort zone for the sake of our relationship?

So I tried it, early in the morning in the kitchen before anyone else was awake. I played three songs on my headphones and lamely danced. I felt silly and awkward, and still I kept at it. After a couple of weeks I no longer felt so stupid. Movement began to flow a bit more fluidly. And I also learned about the value of movement in stimulating creativity; the thought that dancing could help me at work put me over the edge.

Ultimately I was willing to change and see my marriage to Meg as an evolution instead of a never-ending play by the same unchanging characters. And today, while still feeling uncomfortable with change like most humans, I'll entertain almost any possibility for enlivening my marriage, even if it means dancing at the local Elks club.

Try This at Home
What are the unchanging stories you have about yourself -- are you someone who always brushes your teeth with your right hand; do you always go to bed at the same time; do you only wear certain colors?

Try stepping outside your definition of yourself by changing up these small patterns and prejudices -- brush your teeth with the other hand for a while; stay up later for a few days; bust out and buy a different color shirt.

Reawakening the ability to change and doing the unexpected is a great way to enliven yourself and your relationship, and a key way to exercise your learning muscles. After you've played with changing up the small things, you can tackle the bigger issues that might have you feeling stale in your relationship, job or life.

Meg and Tim help couples that have drifted apart while pursuing careers and raising families rediscover who they are as individuals and show them how to reignite passion in the relationship. Go to www.goodtogreatmidlife.com to find out the Three Things that Sabotage Relationships and explore how Meg and Tim could help you have fun together again.

The One (Dance) Move That Saved My Marriage
Couples From 'Commitment' 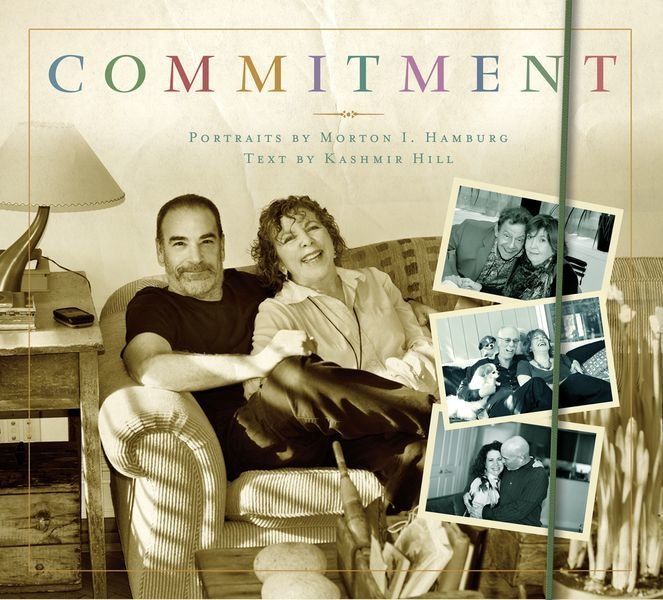 1 / 12
"Commitment"
"<a href="http://www.amazon.com/Commitment-Morton-I-Hamburg/dp/1604333340">Commitment</a>," by Morton I. Hamburg and Kashmir Hill is a follow-up book to Hamburg's 2000 book, "<a href="http://books.google.com/books/about/Couples_A_Celebration_Of_Commitment.html?id=DalgXYOcMLsC">Couples: The Meaning Of Commitment</a>."