Last semester I had the opportunity to live in Florence, Italy, a city famed for its food, fine arts, and fashion. But during my time here what I was really interested in was the language. As an itinerant educator - and a linguist to boot - I have always had the lofty goal of learning the language of the country I'm living in. Last year I wrote a blog dealing with the realisation that language learning is not always as easy as I thought, as I was coming to terms with the failure to meet my goal of conversational proficiency in Greek.

This year, I have learnt many things about language learning by being a language learner myself. Living in Sweden, Bosnia, and Italy allowed me to engage with locals in their native tongue and learn the subtleties of their language through practice and repetition. And now I would like to share these realisations with you, dear reader.

Headed to Florence? Visit the Piazza Santa Croce for a stellar macchiato.

Refuse to give in to impatient native speakers

Before I moved to Sweden, I decided that I would make up for my Greek language learning tragedy by aiming to get by in Swedish. How hard could it be? It has many similarities to English and German and is in the first tier of difficulty for English speakers. Although I arrived with good intentions, I fell prey to the most cliched excuse in the book: "But everyone here speaks such great English!"

It's true. Swedes are exceptionally proficient English speakers. When I lived in Greece there were times (although very few, it has to be said) I encountered people who could not speak English very well, forcing me to use my rudimentary Greek skills. In Sweden, this did not happen -- not even once. To their credit, when I originally tried to speak Swedish to people they appeared to be appreciative, sometimes even playing along by answering me in Swedish. But there were other occasions when their time clearly trumped my desire to learn the language, and they wouldn't even humour my halting attempts to communicate in their language.

When I was around 15 years old, I went on holiday to the south of Spain with my family. I had only been learning Spanish for a year or so, but I was absolutely passionate about it and keen to use it whenever I could. When we arrived, we rented a car and in the parking garage I asked one of the staff in Spanish where we needed to go. I distinctly remember him answering me in English straight away, and I remember the feeling of being crushed -- I didn't even try to speak Spanish for the rest of the holiday.

In Italy, I decided to have a policy. I wouldn't speak English to any Italian, regardless of the situation. This was one of the keys to my improved progress -- I stuck to my guns, and I really feel like people respected me for it. And of course, I got the speaking and listening practice I needed.

Sometimes, you may have to admit defeat - or at least accept your shortcomings

Bosnia and Herzegovina is a fascinating country. Ethnically, religiously and territorially diverse, it still bears the scars of a devastating war. Although the physical scars are on display throughout Sarajevo, the people are resilient, open, and warm. Thanks to this, I thought it would be fairly straightforward to learn some conversational Bosnian. 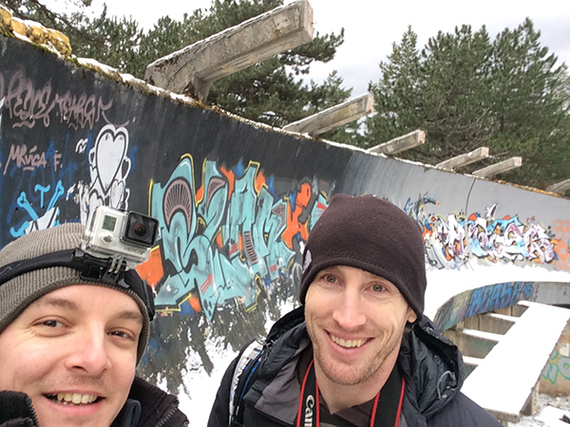 How wrong I was! My background in Romance and Germanic languages could not have prepared me for quite how different Slavic languages are. I managed to learn a few basic phrases, but it really was so different that I could not find enough similarities to improvise. The lesson I learnt from my time in Bosnia is that sometimes it's just too difficult to learn in the time you have available, but learning a few phrases certainly helps out.

Learning something new really is fun

This is something I knew deep down, but that I hadn't really experienced for a while. As a teacher, imparting and facilitating the acquisition of knowledge and skills is something I do every day. One of my favourite aspects of my job is seeing that spark in a student's eyes; the 'light bulb' moment when they really understand something. The pleasure of that moment is almost tangible.

Learning Italian really helped me to experience that pleasure again, and it was quite intoxicating. It was like cracking a code: I'd learn a new tense or some new vocabulary, and suddenly what would previously have been unintelligible noises on the street became part of the code. I then added these to my Italian 'toolbox', and I started progressing from having very basic exchanges to having actual conversations with people.

As learners of any discipline, we are incredibly lucky to live in a world where information is so readily accessible. At the risk of prematurely sounding like a dinosaur, back in my day we relied on the teacher, textbooks, and dictionaries for our language learning needs. Although to some extent this has not changed, the internet (and in particular the proliferation of handheld mobile devices) has been a real game-changer. Don't understand a phrase? The Google Translate app will sort that for you, even to the point of merely holding your phone's camera up to it and seeing it magically translate before your eyes. Want to practise your language at home or on the go? Use one of the thousands of language-learning apps and websites. 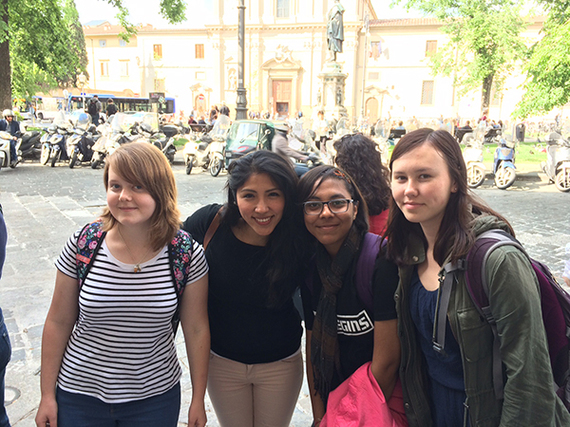 So this is all great, right? Well, I would argue that although these resources are an absolute godsend in many ways, there really is no substitute for personal contact. One of my first goals upon arrival in Florence was to get myself a tutor, and I had regular, focussed practice with Francesca, a knowledgeable and above all patient teacher. This, in addition to practising with some lovely locals, meant that I made leaps and bounds in a far shorter time period than if I'd relied on Duolingo or Rosetta Stone alone.

Do you "get" grammar? Do you understand the difference between the present perfect and the imperfect, or the indicative and the subjunctive? If so, this makes your life so much easier when learning a new language. Language has many patterns inherent in its makeup, and if you have a facility with these types of patterns, your progress will be much faster. As such, I would recommend anyone intending on learning a new language read up on the grammar and structures of their own language -- there are often more parallels than differences.

I really feel like this past year has opened my eyes. I now remember what it's like to be a learner, and along with the conjugation, frustration and translation, there is also elation, fascination and jubilation. Learn to learn again -- you might even learn something!