Having spent time in places like Pakistan, Egypt, Turkey, and Dubai, one of the recurring themes I've observed is the necessity to negotiate even the most mundane aspects of life. In order to survive, I've learned to become adept at such time honored negotiation strategies as the exaggerated sarcastic laugh, the look of utter shock, the low-ball offer, and most important of all, the walk away.

After a few years of practice, I took my "game" to the superdome of haggling, the Khan Al-Khalili bazaar in Central Cairo. I entered a small shop and saw a brass sculpture that I wanted to purchase. I approached the proprietor and offered a handshake to start the process. Unfortunately, the open sore on his hand precluded the gesture. Next, he offered me the obligatory cup of tea (this is a classic invitation to haggle), but I declined as I had limited time to chat. Then, the fireworks began. He offered X, I offered Y. He lowered his price by 50 percent; I increased mine by 10 percent. I smirked, I scoffed, and I walked out of the place paying about half of his original asking price. Although I had considered employing the walk away, I was in a hurry. Still, I felt I had done well. Of course, ignorance, as they say, is bliss. On the way out of the bazaar, I saw a shop selling the very item I had just purchased. For kicks, I engaged the proprietor and quickly got him down to Y without even getting to the offer of tea. My confidence shattered, I skulked away defeated. 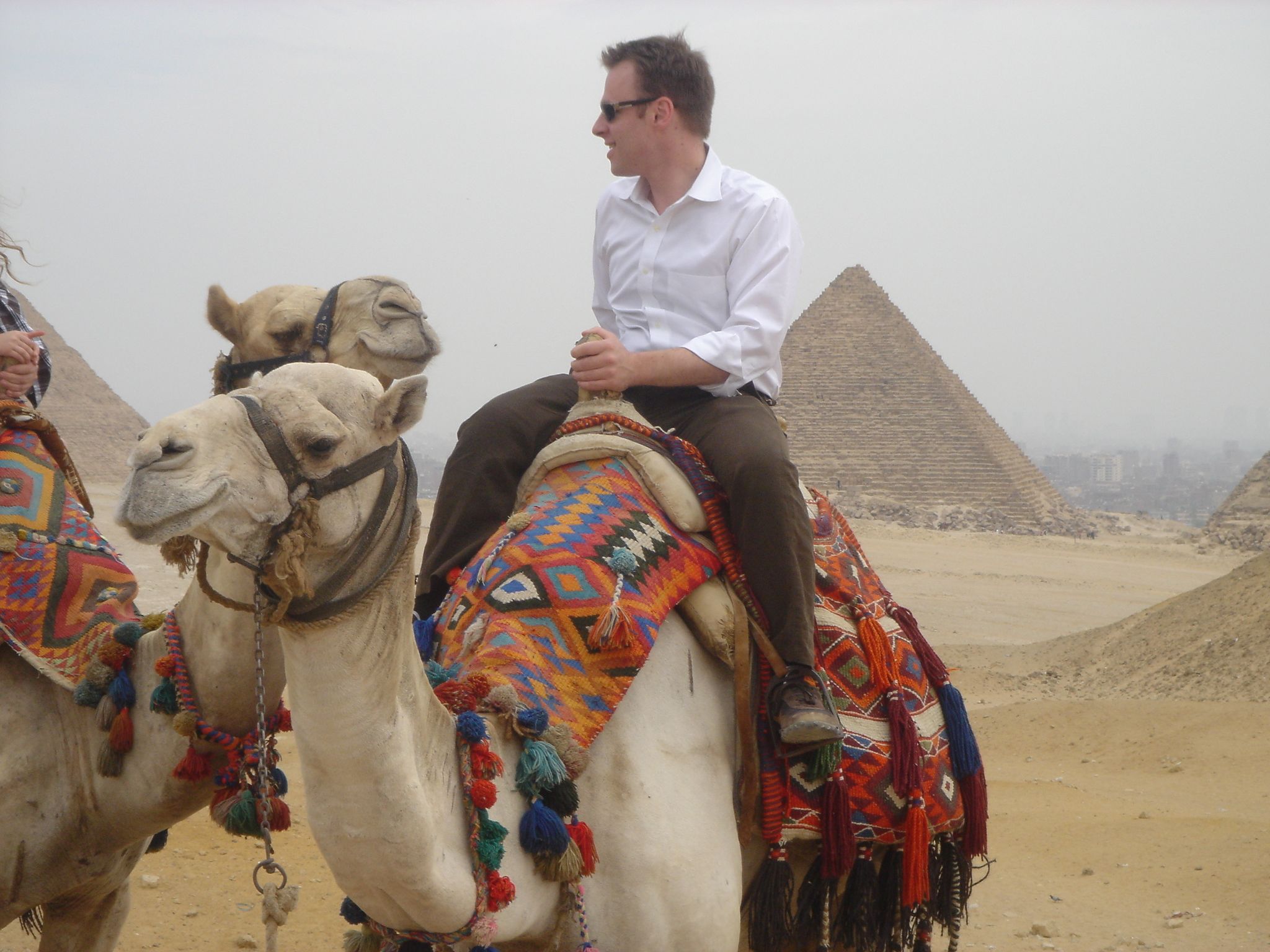 Even the Camels Want to Negotiate in Cairo

A few days later, I had a chance to employ another cultural tactic that is seen in the Middle East and South Asia -- the baksheesh. A baksheesh -- or "tip" -- is a facilitation payment. Unlike the tip you're paying at a restaurant, however, this kind of tip often goes to individuals -- i.e. government officials -- who aren't supposed to be asking for tips. While paying a baksheesh can make life a little easier, at times this kind of arrangement can be unethical and immoral, not to mention illegal. Still, a little baksheesh is an essential part of getting things done.

Case and point: I had moved on to Alexandria and was visiting the ruins of a tomb built in the 3rd Century AD, only to find that the museum was closed for the day. Of course, the woman who took my $5 at the door neglected to tell me that when I purchased my ticket. As I approached the door to the tomb, I was met by a caretaker. He rattled the locked, smiled, and said: "baksheesh." I dug some Egyptian pounds out of my pocket, and magically the doors swung open. I must have tipped well, because he proceeded to give me an energetic tour of the site in Italian and Arabic. Don't ask -- I was confused, too. A few minutes later, we heard footsteps approaching, and a security guard with an AK-47 entered the scene. While, it appeared that the gig was up, the caretaker smiled, gestured, and again said: "baksheesh." A few pounds more and we were making the rounds together like the three stooges, except in this case, one of the stooges was carrying a Kalashnikov. 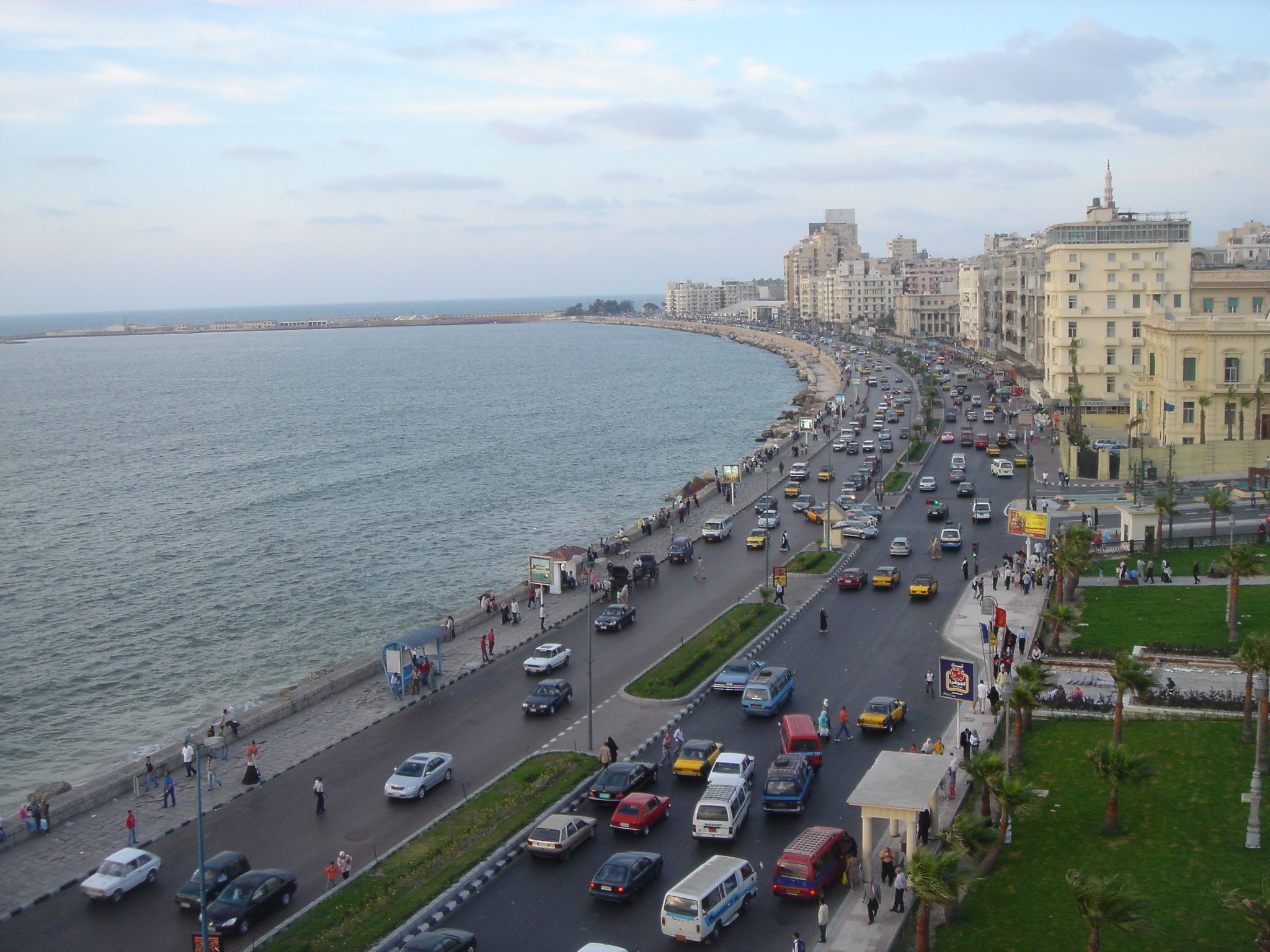 No Baksheesh Required for this View of the Corniche in Alexandria

Of course, I have concerns over the entire ethical underpinning of the baksheesh. Paying baksheesh only encourages the persistence of a practice that is both annoying and economically inefficient. Moreover, it unjustly favors people who can afford to make payments over those who cannot. Still, while the baksheesh is a fact of life in many places, it doesn't work everywhere. A few years ago I arrived at New Delhi airport and realized that I was incredibly late for my flight. In a moment of desperation, I approached a guard at a side door, dug some rupees from my pocket, and exclaimed, "Baksheesh?" He looked at me with disgust, swatted his hand, and muttered, "Get in line."