More and more it's becoming apparent that to be modern, to be contemporary, to be cutting edge, buying and owning things is a bug not a feature. -- Ben Pring, Vice President - Cognizant

An Uber investor said the reason behind Uber's success is that millennials are not interested in buying cars, but they want convenience. "[Millennials] view cars as a utility, not as a social statement," said Bill Gurley, Benchmark Capital.

John Zimmer, the co-founder of Lyft, believes that most millennials will not own a car in 5 years. In the world of IT, the same has been said about on-premise data centers and network infrastructure solutions. In the last decade, the shift from ownership of on-premise enterprise software solutions to the cloud has evolved to a $70 billion public cloud computing market in 2015.

The consumer and business buying behavior is rapidly changing, and therefore business model innovation, and business rules, must change in order for companies to survive.

Ben Pring, is Vice President, Co-Director, Center for the Future of Work at Cognizant Technology Solutions. Ben is also a co-author of the best-selling and award winning book, Code Halos; How the Digital Lives of People, Things, and Organizations are Changing the Rules of Business and co-developer of the accompanying award winning app. Ben believes that Cloud/On Demand/ Subscription/Access Society is upon us. I fully agree with Ben. These disruptive trends started with X-as-a-Service and have evolved to what is sometimes referred to as the sharing economy or on-demand economy.

I asked Ben to share his expert opinion and thoughts on what it means for businesses and individuals to 'lease the future', the driving factors behind this highly disruptive phenomena and the overall expected benefits and opportunities -- take it away Ben: 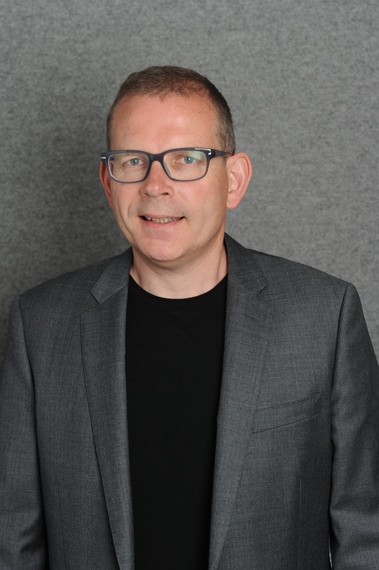 Two vignettes that illustrate how fast the world is changing ...

SCENE ONE
A corporate meeting room. Two executives sit facing each other.
CIO - "We're going to need $100m to stand up a new data center"
CFO - "John, are you feeling ok?"

SCENE TWO
The café in a funky neighborhood bookstore. Me and my 16 year old daughter sit facing each other.
Me - "Would you like to buy a book after we finish our coffee?"
Daughter - "Huh?"

We're fast moving into an era where ownership is no longer the common sense conventional thing to do but an act of last resort.

As every thing becomes a node on the network, which in turn has become the computer, then every thing is going to run on computer rules. And what's become the dominant rule in the computer industry in the last 20 years, and seems set to dominate for the foreseeable future? The Cloud A.K.A On Demand A.K.A Subscriptions A.K.A Access.

It used to be that these things did make sense. There was no alternative. But increasingly now there is, and they don't.

I'm in the market for a car. I steel myself and drop by some of the local dealers. The shiny gray suited salesmen and I head out on Highway 9 in a suicide machine (well, actually, Route 17, in a German SUV, with dealer plates. But it is still Jersey Bruce, I think to myself ...) and it dawns on me that all of the electronics on the display of this certified pre-owned 2013 - not cheap - car look clunky and old fashioned. The proprietary GPS system isn't as cool or functionally useful as Waze. The music system looks like it's from 2008. The backup camera system isn't as nice as the one in the Ford Fusion rental I had the other day.

As I hand back the keys and make my way home I feel like my daughter. Huh? Why would I spend a load of money on something that's going to be - to all intents and purposes - obsolete, within a short space of time? (Of course you could argue that the car will still get me around in great comfort for years to come. But that's not why anybody spends $50k on car, right?!)

As computer technology diffuses into every aspect of the physical world every physical thing is going to be subject to the technology and commercial laws that operate within the computer industry. Just as companies have realized that things they had long considered as assets (data center facilities, software, technical skills) are in fact liabilities, more and more it's becoming apparent that to be modern, to be contemporary, to be cutting edge, buying and owning things is a bug not a feature. Buying and owning things prevents you from monetizing tomorrow, let alone optimizing today.

Firstly, this is, as Donald Trump might say, huuuuuuge. A sea change. This is not simply a metaphorical hem line rising an inch or two. This is a fundamental re-thinking of the ownership society, the basis of the consumerist driven late stage capitalist world we live in today.

When houses are "smart" will it make sense to buy something that might one day have the re-sale value of a current AS/400? What will be the asset value of an engine turbine that can't Tweet its status to its IFTTT algorithm overlord? How will Wall Street recalibrate for a world of backlog, not booked revenues?

Secondly, this is going to produce painful transitional change.

Commercial models predicated on people handing over lots of money (owned, or borrowed) upfront are going to face stronger and stronger headwinds. Given that this includes the vast majority of enterprises means that pretty much everybody is going to feel this pain.

Thirdly, conversely, enterprises that can build commercial models that provide people with the latest version of X when they want it and then allow them to give X back when they don't are going to be the ones putting surf boards on a seventh wave. Hang Ten!

Fourthly, towns like Agogbloshie will spring up in countries all around the world, and be more and more visible. Solving that problem will be another huuuuuuge money spinner.

Lastly (for now), this new "Subscription Society" will usher in an incredible period of growth; for societies, corporations, and individuals.

More efficient use of real estate (corporate and domestic) and transportation will create a more flexible, adaptive society in which people can respond and react to change more easily; what keeps you stuck in the pig-pen job you hate?

Your mortgage and car payment! Leasing, trade financing, subscription based financial models (all derivatives of the same concept) typically generate greater net revenue over the life of an item than up-front acquisition. Ergo, greater GDP.

Those of us of a certain age may mourn the passing of record shops and book shops, and shelves bowing under the weight of our collections, but it's increasingly self-evident that being able to listen to any piece of music any time you want (for free, or not that many shekels) is an incredible thing. Because our kids are growing up in a mobile first world where pretty much everything they want to listen to or watch or read is only a tap or two away they're not being conditioned to buy and own things in the way we digital immigrants were. When they enter the market for cars and houses and clothes and electronics and white goods will they leave their norms behind, and adopt those of their parents? The current macro and micro economic structure assumes they will. I'm not so sure ...

For businesses that sold things that quickly ended up in the back of the cupboard, or the corner of the factory floor, or got lost in a sub-directory, well, you had a good run. I trust you invested the money wisely. But that game is up. That day is done.

The Ownership Society won't disappear overnight but the Cloud/On Demand/ Subscription/Access Society is upon us. The future is here; certainly unevenly distributed, but coming at us at the speed of a (leased) 787. Hang on to your (Net-a-Porter sourced) hats ... it's going to be a wild ride!

This post was co-authored by Ben Pring, Vice President, Co-Director, Center for the Future of Work at Cognizant