The Olympics are a time to celebrate beautiful team spirit, unbelievable athletic prowess and a non-xenophobic reason to chant “USA! USA!” But, of course, we can’t have nice things, so some people have taken it upon themselves to shame 3-time Olympic gold medalist and all-around badass Gabby Douglas on the internet.

After Douglas completed the final routine of her Olympic career on Sunday, ESPN reported that she choked back tears when asked about the barrage of criticism she’s received back home.

To anyone who has the urge to spew hatred at a 20-year-old Olympic champion on social media, take this chance to think about a) why you feel the need to criticize her, and b) the impact said abuse has on a real, flesh-and-blood human being.

To review, since the Rio Olympics began on August 5...

People got angry that Douglas stood at attention instead of putting her hand on her heart during the medal ceremony for the women’s gymnastics team all-around gold.

Just because you didn't make the all-around finals doesn't mean you have to be a disrespectful bitch Gabby Douglas! pic.twitter.com/SetfQNfBHe

People got angry about her hair.

Can somebody do something to Gabby Douglas hair please?

People got angry about her facial expressions.

Will someone please smack that disrespectful look off Gabby Douglas face! #Rio2016

The subtext being: This young, black, female athlete did not behave and/or look in the way I, a random individual, think she should have in the midst of a competition I certainly do not have the skills to enter. Therefore, I must comment on it in a totally demeaning way.

Gabby Douglas is one of three U.S. gymnasts in Olympic history to win three gold medals. She is the first African-American woman to win the individual all-around Olympic gold. She has written two books. She’s so damn inspiring that she has her very own Barbie doll. And she has done all of this before she is old enough to legally drink.

Can we let an elite athlete who just left her teen years live?

“Ghostbusters” star and Olympics superfan Leslie Jones ― who sadly is no stranger to racist, sexist online bile ― jumped to Douglas’ defense with  #LOVE4GABBYUSA to encourage love for Douglas online:

Yo I just heard Gabby getting attacked on her page show her the love you showed me #LOVE4GABBYUSA and I also got jack on the case!Sorry baby

And people have responded in kind, celebrating Douglas’ achievements, athletic skills and fortitude in the face of online hatred:

Gabby Douglas is one of three US women gymnasts EVER to win 3 Olympic gold medals. Show some damn respect. #love4gabbyusa

#LOVE4GABBYUSA You will always be an inspiration to young black girls. Thank you for representing your country with dignity!

So much #LOVE4GABBYUSA...not many people can do what she does ⭐️ pic.twitter.com/gM0NeWxvps

When u are in your quiet moments @gabrielledoug know that u are supported and loved. U made us proud. U are enough. #LOVE4GABBYUSA

Gabby Douglas is exactly what an American champion looks like, and we should be damn proud. #FlyingSquirrel forever.

Haters, Leave Olympic Champion Gabby Douglas The F Alone
The Final Five Love Each Other So Much 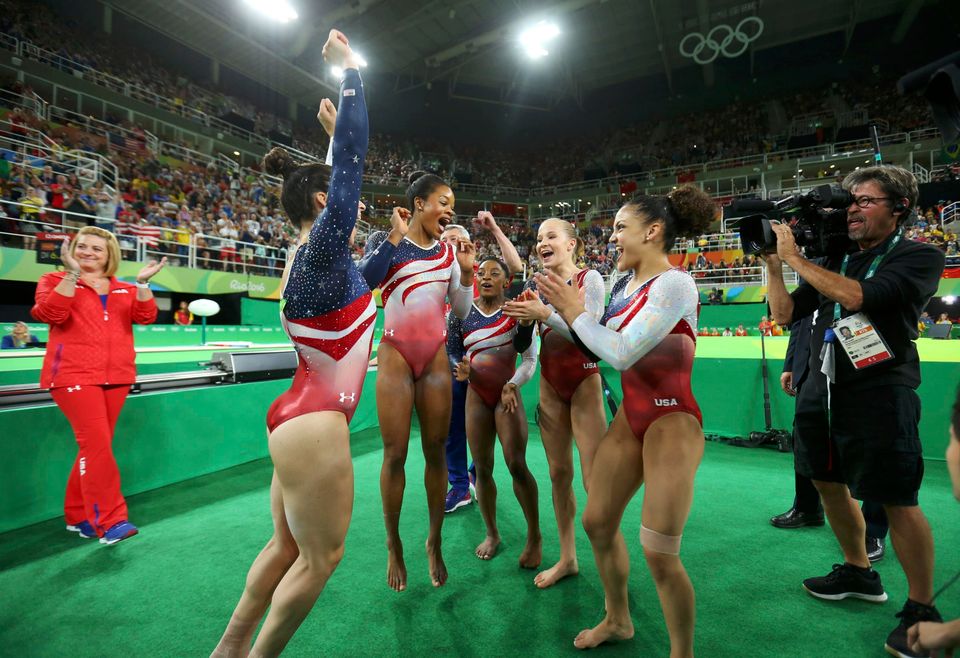