Thirty-two years ago we opened the doors of our daycare center in Queens, New York, with the aim of providing a safe haven and a quality education to our neighborhood's children, including our own.

We called it A Child's Place and it began with just eight kids in a converted basement. Now, three decades later, we serve 250 children in our own building and employ 65 staff members. Our business became our family's lifelong passion.

Now, as members of the Baby Boomer generation, we are looking to retire. We are far from alone. What has been dubbed a "silver tsunami" is sweeping through the United States economy. One study at the University of California, San Diego, showed every year some 150,000 to 300,000 businesses owned at least in part by Boomers have owners that hit retirement age. Together they employ millions of Americans.

Like many other retiring Boomers, we worried A Child's Place might be downsized by a new owner or have to close. Those looking to buy our business could not guarantee it would continue as a daycare. So we decided to solve the problem in a way we never dreamed possible. We would sell A Child's Place to the very people we knew would take care of it best: the staff who worked there.

Now A Child's Place is set to become a worker-owned business. Aided by a loan from The Working World, the current staff -- including our two children -- will buy the business and continue to do the work they love. Only now they will also be the owners as well as the workers. The future of A Child's Place will be in their hands. 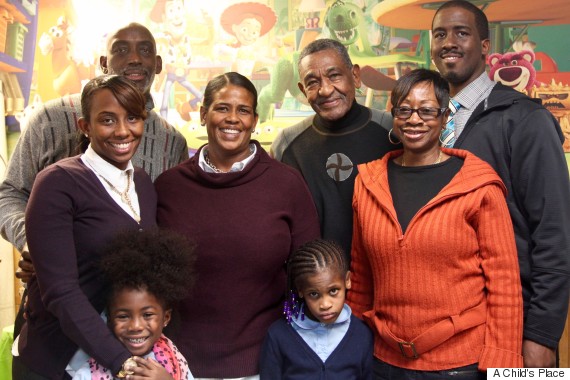 Three generations of the Coles family.

The advantages for us, as owners, of converting to a worker-owned business are obvious. Like many Boomer business owners looking for a succession strategy, we were concerned new owners would not preserve the values and community legacy of our life's work. By selling the business to the people who already work there, and share in our mission, we have solved that problem.

There are also advantages for the staff of A Child's Place. They are going to be worker-owners, sharing in the profits of their work once the loan is paid back. Their jobs will also be secure; something rarely said about workers in a business sold to a new owner.

A report released this week by the Surdna Foundation, called Ours to Share, shows worker-owned businesses pay better wages, have more generous benefits and are better able to survive economic downturns than traditionally-owned companies. At the same time, they are often just as or more productive.

But it is about much more than just material benefit. Being worker-owned represents a fundamental shift in workers' relationship to their workplace. It offers a third way to either working for someone else or working for yourself; instead you work for your colleagues at the same time as they work for you. Worker-owned businesses offer their staff clearer paths for advancement and skill building. They bring democracy and participation into the workplace in ways that ensure workers are deeply invested in the future of their company.

For us, converting into a worker-owned enterprise also goes deeper than that. Inequality is perhaps the most pressing issue in America today and now A Child's Place will help fight that. The staff will eventually see their wages significantly rise at a time when earnings for the working and middle classes have beenstagnant for decades. The daycare industry, which is a sector marked by low wages, is also dominated by women and people of color who have faced historic discrimination when it comes to economic opportunities. By selling A Child's Place to its staff -- many of whom are African American women -- we are helping correct that imbalance.

Our decision will also ripple out into the wider community. We are keeping a viable business local and anchoring wealth in the neighborhood for people who already live there. As gentrification sweeps through New York, the new worker-owners of A Child's Place will be well placed to resist some of its impact in terms of displacing lower income residents and communities of color.

We should not be alone in taking up this win-win opportunity. There is often much talk of the legacy being left by the Baby Boomer generation; some of it positive and some of it negative. We believe the scale of the opportunity offered to Boomers by converting to worker-ownership is significant and will ensure their businesses continue to do good and create wealth for people who truly deserve it: the workers who helped build them.