If you love your pet, don't leave him unattended in the car. That's the message from the American Veterinary Medical Association, which reports persistent tragedies resulting from pets left alone in vehicles. In one recent case, a California man left his four dogs crated in his car, and three were found dead a few hours later. The fourth dog later had to be euthanized due to injuries.

Temperatures in enclosed cars can rise quickly in just a few minutes, even on a mild day, and even if the windows are cracked. Pets left inside are at risk for heatstroke, which can kill them in just 15 minutes, according to People for the Ethical Treatment of Animals. Cold cars are also dangerous — according the American Veterinary Medical Association, "a car can rapidly cool down in cold weather; it becomes like a refrigerator." 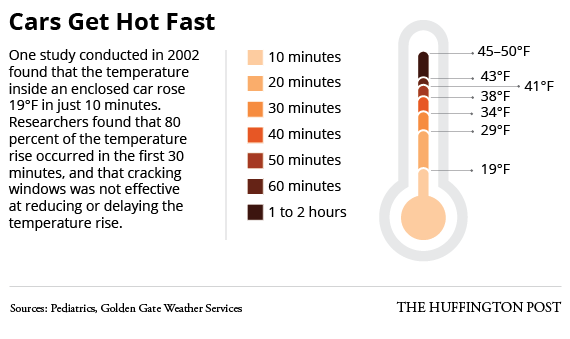 Some breeds and types of pets may be more at risk in extreme temperatures. According to the Humane Society, small pets are especially vulnerable in high temperatures, and some breeds with short muzzles, like boxers, pugs, shih tzus and persian cats can have a particularly hard time breathing in extreme heat. They can experience organ damage and even death if left too long in the heat (small children are also at risk). 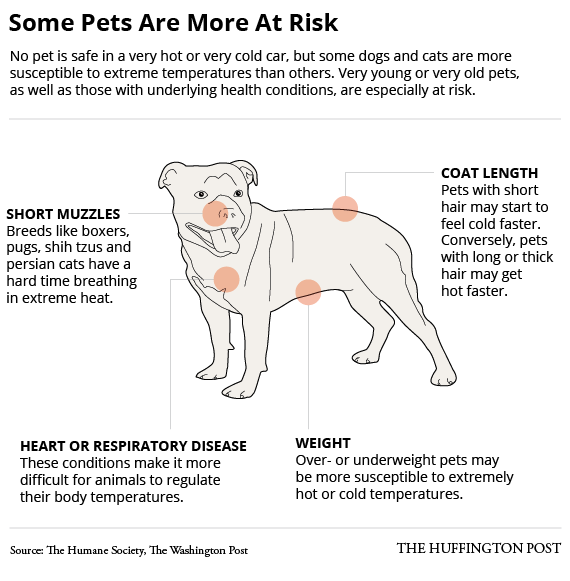 Cold weather also poses a different risk for outdoor or feral cats and other small animals. In an effort to stay warm, they may crawl up under the hood of a car, so bang the hood or honk the horn before starting the engine to scare them away.

According to a recent review of statutes by the Animal Legal & Historical Center at Michigan State University College of Law, only 16 states have laws relating to companion animals left in unattended vehicles. Localities in states without laws may prohibit the practice as well, and other animal cruelty laws may also apply if an animal is in danger. Rhode Island is the most recent state to enact a law about pets left in cars. 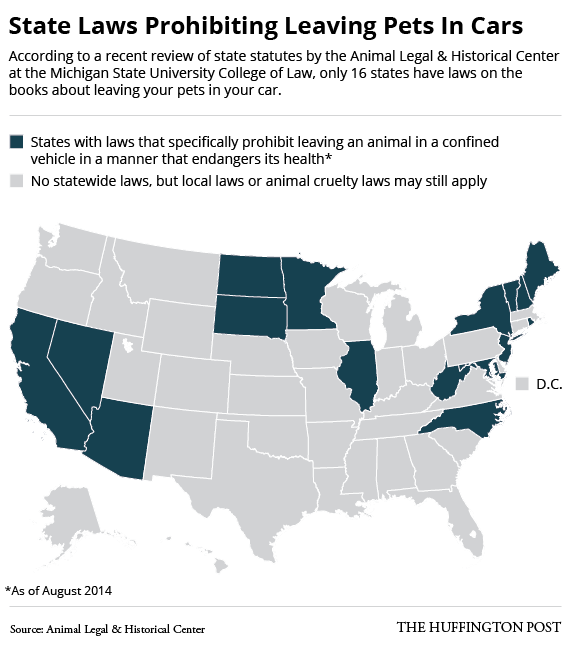 Generally, you shouldn't leave your furry friend confined in a vehicle in any type of weather. If you see a pet trapped in a car, showing signs of distress, like heavy panting or unconsciousness, call local law enforcement or animal control.