Assafir finally bit the dust following a protracted battle with a metastasized sickness that is afflicting most of Lebanon's newspapers.

"Assafir 13,552: Absent...Not Extinct," was the front page headline of a special 60-page mega issue on January 4 chronicling the paper's milestones and featuring bittersweet farewells from many of its journalists and contributors over the years. 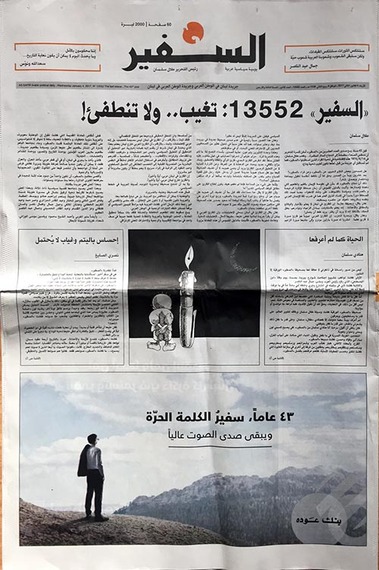 The 43-year-old daily had gone into remission a few times with repeated infusions of funds from assorted patrons when faced with bankruptcy, but succumbed to the Grim Reaper hovering over the country's print media on December 31, 2016.

"The nation without Assafir" was that day's headline above a cartoon of a tearful dove (part of the paper's logo) and a broken pen.

It couldn't have come at a worse time for staffers who hadn't been paid in over a year like hundreds of counterparts in other newspapers, and as the industry goes into a dizzying free-fall.

Although founder and editor-in-chief Talal Salman had announced his intention to close shop in 2016, he reversed his decision and kept limping along until he said it was too costly to keep the paper going.

Last year he also said he'd lay off about 50 staffers and cut journalists' hours to allow them to look for other jobs but they threatened to stage a sit-in fearing they'd lose benefits by working shorter shifts.

"This is where I learned the letter, the profession and the soul of journalism, and still do," wrote veteran reporter Saada Allaou nostalgically in the special issue recalling her modest beginnings in an impoverished northern town and her move to Beirut where she had studied journalism and longed to join Assafir's ranks. 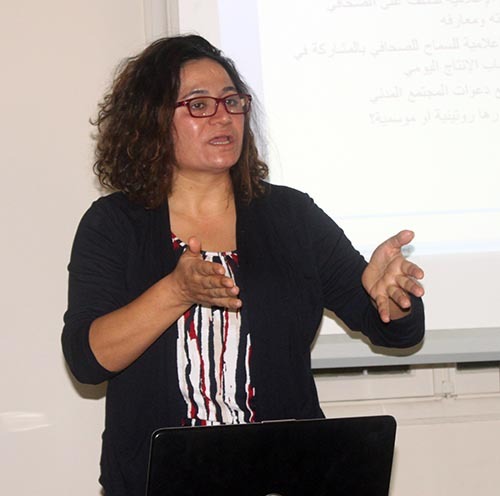 The paper had reinforced her leftist credentials, Arabism, and support for the Palestinian struggle, she added.

Salman had launched Assafir in 1974 as a platform for pan-Arab nationalist causes, with Egypt's late leader Gamal Abdel Nasser as his role model, and remained its editor-in-chief until its demise. 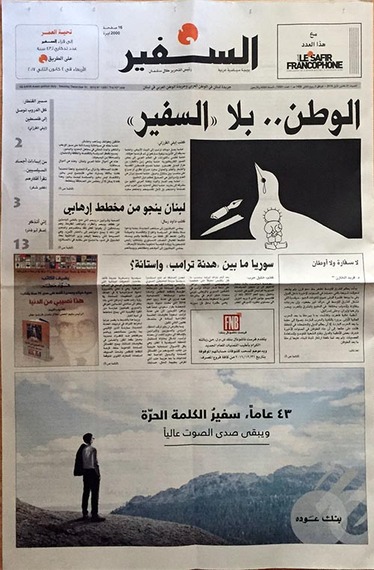 Its motto was "The Voice of the Voiceless."

While it hosted a who's who of Lebanese and Arab writers from politicians to militia leaders (during and after Lebanon's 15-year civil war), poets, activists, intellectuals and artists, the paper remained a family business run by Salman and his children. 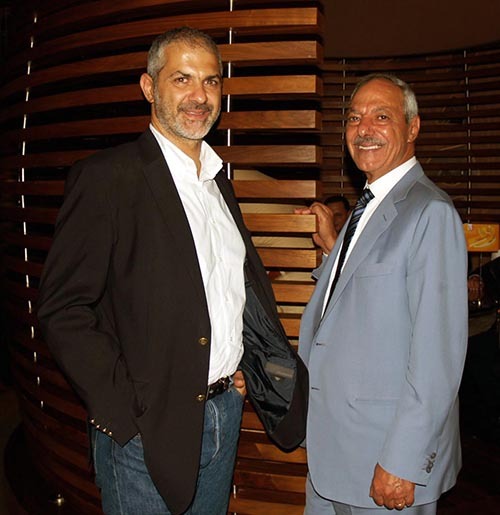 As with most Lebanese papers, circulation, sales and advertising revenue were never enough to sustain operations, so there was always a need for benefactors.

In Assafir's case, initial funding came from Libya and the Palestine Liberation Organization, to be followed by support from Saudi Arabia, Kuwait, the United Arab Emirates, Qatar and the late billionaire prime minister Rafic Hariri who was assassinated in 2005, according to a 2008 Wikileaks cable. 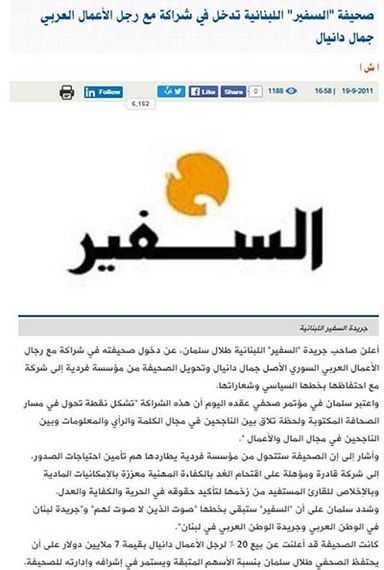 In 2011, Salman hooked up with a Syrian-American businessman who reportedly invested $7 million to keep the daily afloat but the partnership eventually fizzled and gradual budget cuts led to a reduced and diminished product.

In recent years, Salman also tried to secure funds from another rich former prime minister, Hezbollah, and a former cabinet member with ties to a wealthy Lebanese expat, to no avail.

As money got tighter and management issues caused internal frictions, reporters and editors began jumping ship or were indirectly pushed out.

Critics within the ranks said the Salmans had enough money to save the paper and jobs but decided to cut their losses and be done with it.

While enjoying a relatively wider margin of press freedom than in neighboring countries, Lebanese journalists have nevertheless been constrained by political, religious, sectarian and other influences, leading to varying degrees of censorship, self-censorship, and confrontations with local and foreign adversaries. 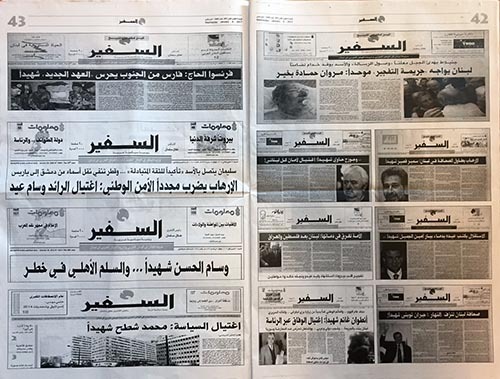 Salman survived an assassination attempt in 1984 and Assafir's printing presses were blown up in 1980.

It eventually resumed operations but threats continued to lurk around the corner.

Politicians and journalists from competing dailies weren't so lucky, and Assafir diligently documented their targeting over the years.

But there was more than the politics, financial woes and violence that plagued the paper.

"No to the electronic drowning," wrote Assem Steitieh referring to the shift to online and mobile news that had become the rage, saying the latter were acceptable adjuncts to, not replacements of, print newspapers.

Therein lies one of Assafir's biggest setbacks. It never transitioned smoothly into the 21st century.

"Cyberspace isn't infinite and Assafir can, and is qualified to, shed light on it, rather than become extinguished in this sad manner," wrote Sateh Noureddine, one of the paper's former editors who went on head Al Modon, an online publication, in an open letter to Salman.

The older Salman is rather traditional and although Assafir had a website, it was two-dimensional, not really interactive, and one didn't sense there was engagement with its readers through social media or other means, notably the millennial and younger generation. 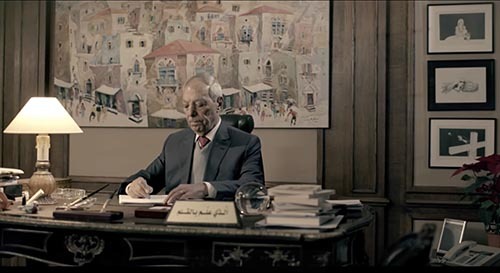 In a melodramatic video posted on YouTube, Salman is seen signing off with a fountain pen, donning a woolen scarf, turning off the lights and walking out of his office as his desk lamp nervously flickers on and off and a singer is heard belting out a tune in the background.