She's provocative, sensual and dares the censors with a magazine aimed at shattering Arab taboos on eroticism, sexuality and everything having to do with the human body, all cloaked in culture, the arts and literature.

"Writers and artists deserve freedom," she argues in an online video promoting her new project, noting that such liberty should extend to thought, speech, expression, freedom from censorship, threats and extremism, freedom to disobey, freedom to challenge and freedom to break with tradition. 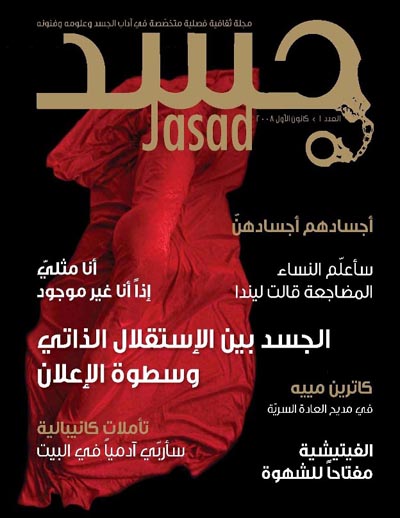 It's a bold move bound to rattle more than a few cages. Religious leaders are not the only naysayers to such an adventure by noted journalist and poet Haddad who edits the culture page of the leading Arabic-language daily An-Nahar.

The body, Haddad said, is a quintessential part of the Arabs' heritage and lives. "Yet we in the Arab world have come to veil it, ignore it or loathe it, as if it did not exist."

Through the ages, Arab writers and poets have glorified the body with varying degrees of audacity but none in recent memory have taken on so provocative an in-your-face task.

So Haddad embarked on a mission to break traditional taboos that she claimed were hindering the progress of the Arab culture, societies, minds and language by launching the magazine in December. 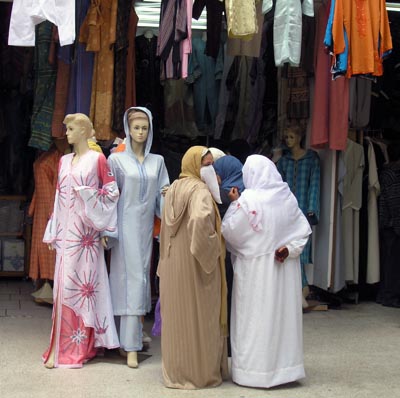 The attractive 37-year-old brunette's come-hither picture on the website that provides information about the quarterly magazine in English and Arabic adds to the marketing cachet surrounding this controversial publication that will not be very visible on Lebanese or Arab newsstands. 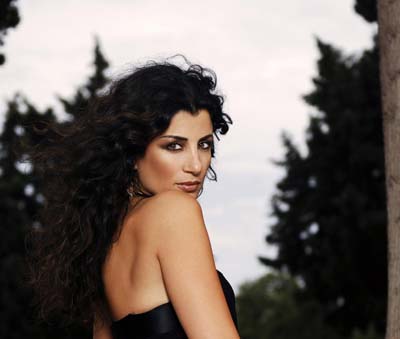 Interested readers must cough up $130 for an annual subscription that ensures delivery by international courier to their homes or offices, if they live outside Lebanon.

It was inevitable the announcement of the magazine would raise more than a few hackles. A comment by an outraged Saudi Arabian browser on the website of Saudi-owned Al Arabiya satellite TV was quite indicative.

"I tell this journalist to heed God before it's too late," the writer exhorted. "Stop promoting this blatant vulgarity and obscenity."

But another Saudi writer was more supportive. "The Lebanese are an example to be followed," he cheered.

Traditional Arab societies frown on exposure of too much female flesh, or hair, and a rising tide of Islamic fundamentalism has led countless women to turn from hip or fashionable garb associated with a decadent West to modest, sometimes all-enfolding shapeless abayas, veils or face-covering niqabs. 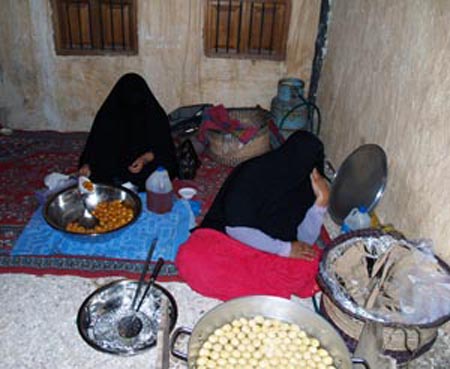 Lebanese graphic designer Marie-Jo Raidy, daughter of a major printing press magnate in Lebanon, took on the project with relish and helped Haddad create a very symbolic logo for the magazine - a broken handcuff shaped like a "jeem" (j in English), the first letter in Jasad.

The magazine is published in Arabic - the website is in Arabic and English -- and covers international topics on the body from books to exhibitions, to the theater and movies. It was even promoted at the recent Beirut International and Arab Book Fair. 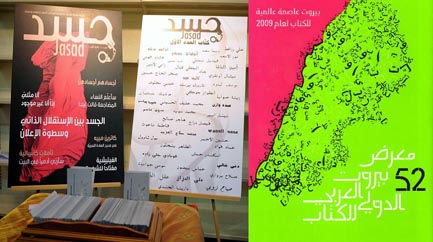 According to Haddad, Jasad is not a manifesto or a pornographic magazine. Neither is it an activist's publication or a feminist statement.

"I truly and courageously hope it will play an essential part in widening the horizons of the Arabic cultural scene," she said in her video.