Lebanon's Information Minister Walid El Daouk didn't know what he was in for when he tried to ram through a draft law regulating online media, thereby opening all cyber hell's doors and a backlash that will recur if he tries to pull the same stunt again.

The anti-Lebanese Internet Regulation Act (LIRA) movement, dubbed #stopLIRA on Twitter and elsewhere snowballed online in record time to halt the retrograde legislation that would have required journalists and bloggers to register their sites with the Ministry of Information. 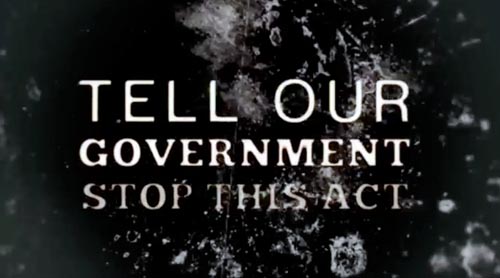 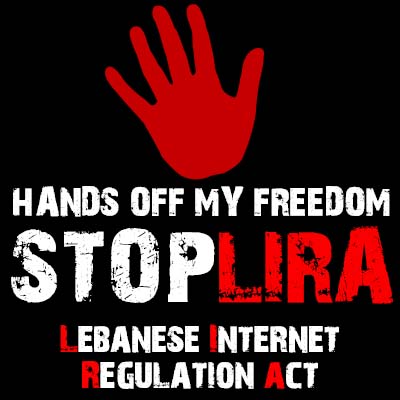 The Maharat Foundation, a press freedom and civil society NGO was quick to condemn the draft as it has been working closely with member of parliament Ghassan Moukheiber to update what already exists on the books.

The draft's wording is vague at best and one article bars the publication of "anything that offends public morals and ethics," which leaves the issue wide open for interpretation.

"If it is a way to say we have the power to shut you down, I guess it is our right to raise our voice," said Daoud Ibrahim, social media instructor at Beirut Arab University who also teaches journalism at Lebanese International University and opposes the draft law, adding that it was an attempt to manipulate, control and gain power ahead of upcoming parliamentary elections.

Other outraged users rushed to the rescue with catchy phrases and designs warning Lebanese Internet users of being monitored by authorities.

Blogger FunkyOzzi posted a picture of El Daouk with the caption "Big Browser is Watching You," on a take from George Orwell's famous book 1984 and the scary cliché "Big Brother is Watching You."

Another drew a face identified with Anonymous Hackers superimposed on the Lebanese flag threatening to go after anyone tampering with their Internet liberty. 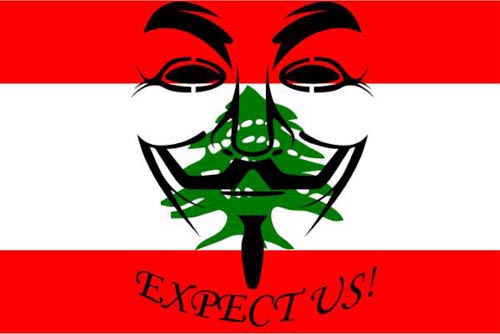 Hackers warn against messing with Internet freedom (courtesy of Anonymous)

It's no laughing matter for Lebanese cyber activists who treasure their online freedom, and see how social media can be used as game changers in their own country as well as the Middle East/North Africa region where revolts have been raging for over a year.

Yet a third posted a picture of an empty jail cell with the words "Twitter Jail Under #LIRA, #Stop LIRA."

The LIRA, if passed, would subject what Lebanese officials call "electronic media" to both the antiquated print media law of 1962 that is undergoing revision in parliament, and, the more recent, but equally off-base, audio-visual media law of 1994 that is also out of touch with the times.

Both pieces of legislation were written before the Internet's introduction to Lebanon.

Ironically, the "lira," or Lebanese Pound, is also the country's currency, and a local bank had run a series of TV commercials featuring an older man waxing nostalgic to promote using the "lira" through its credit card as Lebanese have become accustomed to paying in both liras and U.S. dollars since the 15-year civil war that ended in 1990.

But the Stop LIRA campaign ran its own series of ads starring an older man holding up a Lebanese banknote with the caption "ma tkhalli el lira tihki" (don't let the lira speak), in reference to the proposed law's repressive nature. 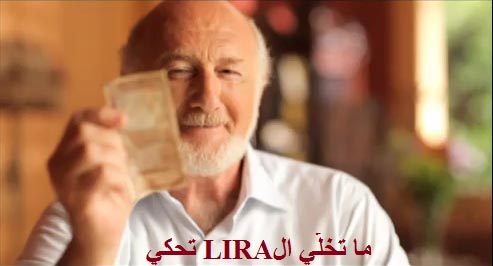 El Daouk's draft was initially submitted to the cabinet, and circumvented the proper procedure of going through the requisite parliamentary committee for discussion, before being voted into law by the full chamber of deputies.

Critics saw his move as possibly bowing to pressures from traditional media whose revenues are shrinking partly due to advertising moving to online platforms, whose bosses have been laying off staffers by the droves in recent months in light of economic difficulties, and, whose decision makers haven't kept up with the times. 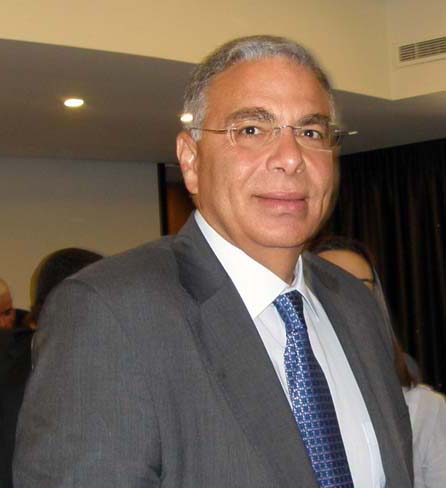 Some detractors also point to El Daouk as a rich entrepreneur with close ties to big business who was appointed as a favor to key politicians, not because of his background in, or knowledge of, the media.

El Daouk's fumbles are legend. Last year he was lambasted when he suggested the media should exercise self-censorship to promote stability in Lebanon's highly charged sectarian political landscape.

So his more recent antic added fuel to an already burning fire, as Lebanese suffer from one of the slowest Internet services in the world, which prompted activists to create an awareness campaign called "Ontornet" -- a play on words from the colloquial word "ontor" (wait) for the "net."

Asked whether the anti-LIRA campaign had definitely succeeded in shelving the bill after the public outcry, as reported in the media, Ayman Mhanna, executive director of the Samir Kassir Foundation replied: "The word 'definitely' and Lebanese politics can't meet. Right now, LIRA is no longer on the agenda."

He added El Daouk was back-pedaling, and by saying if adopted, his law would be "optional." Translation: it was withdrawn.

"If they want to save face they can do two things: Either, they'll transfer it to the parliament, where it will be 'merged' with the Maharat-Moukheiber draft; but this means that (Prime Minister Najib) Mikati will have to put it back on the Council of Ministers' agenda (highly unlikely), or, El Daouk will engage in a new range of consultations and come up with an amended version," Mhanna concluded.

At least for now there's some respite from a convoluted reincarnation of a previous ICT draft law that was also stopped in its tracks by Lebanese bloggers and activists.