BEIRUT, Sept 1 (Reuters) - Dozens of Lebanese protesters staged a sit-in inside the environment ministry in the capital Beirut on Tuesday, calling on minister Mohammad Machnouk to resign, a Reuters witness said.

Lebanon has been hit by a series of protests against the government ignited by a dispute over uncollected rubbish in the country.

A Reuters witness said that soldiers watched protesters who staged a sit-in along a corridor inside the top floor of the ministry. Hundreds more demonstrators gathered outside the building in downtown Beirut amid a heavy security presence.

"Machnouk - out, out, out!" protesters chanted. Protesters inside said they had quietly entered in small groups before security services blocked the main door.

Protesters said it was not clear if the minister was still in the building. Security forces blocked off a room on the top floor and denied access to protesters and media.

"They did not fulfill our demands.. We were all on the streets, tens of thousands of us saying our demands. Once more they are escaping accountability. We will not take it anymore," said Lucien Bourjeily of the "You Stink" movement that organized the protest.

The protesters say the waste crisis, which has led to piles of refuse being left stinking in the summer sun, reflects the rot inside a political system packed with sectarian politicians viewed as incompetent and corrupt.

Last week, thousands took to the streets of Beirut in a protest against corruption - the biggest of its kind in Lebanon's history.

Similar protests descended into violence last month and Prime Minister Tammam Salam threatened to resign, a move that could tip the state struggling with political deadlock and spillover from Syria into deeper turmoil. 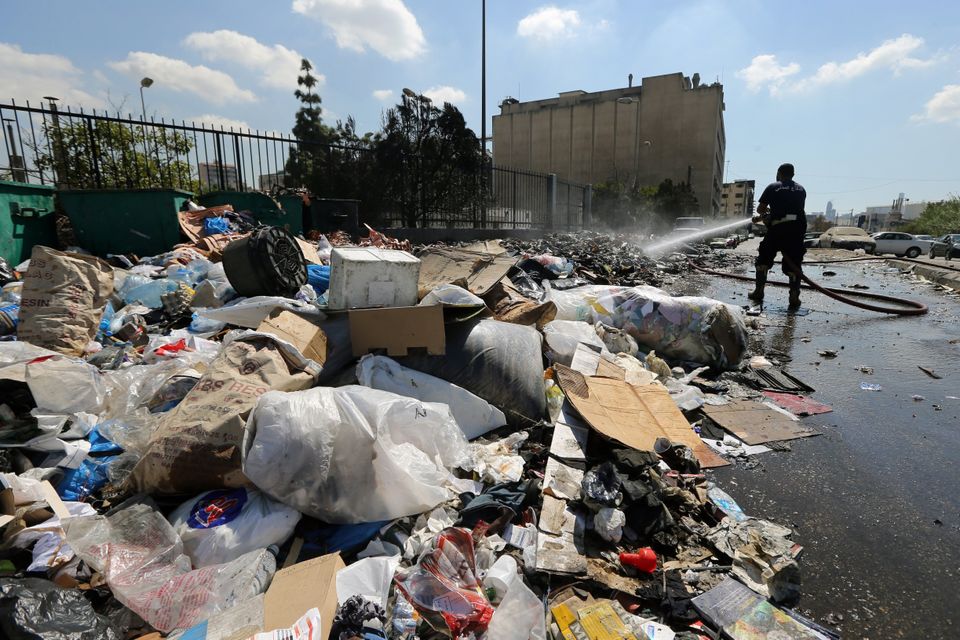