For weeks, beginning in August and continuing until now (although losing some steam) young Lebanese have protested against political lethargy and corruption, symbolized most graphically by the accumulating garbage on the streets. The name of their campaign: You Stink.

When you walk the streets of the capital, Beirut, you find them lined with mini mountains of garbage and people wearing masks to protect themselves against the horrible smell. One of the victories of the protests has been the government's decision to transfer responsibility for waste management from Environment Minister Mohammed Al-Machnouk, whose resignation the movement demanded, to to Agriculture Minister Akram Chehayeb. Time will tell if that makes a difference.

However, the approximately 250,000 Palestinians living in Lebanon's 12 refugee camps have lived with such degrading conditions for decades.

All of the camps--first established in 1948 when Palestinians were driven from their land to make way for Israel--lack basic infrastructure and services. According to a March survey by the Pursue consultancy, most of the camps get less than 12 hours of electricity a day from EDL, the state power company; can't access potable drinking water from their taps; and suffer from sewage in the streets when it rains. 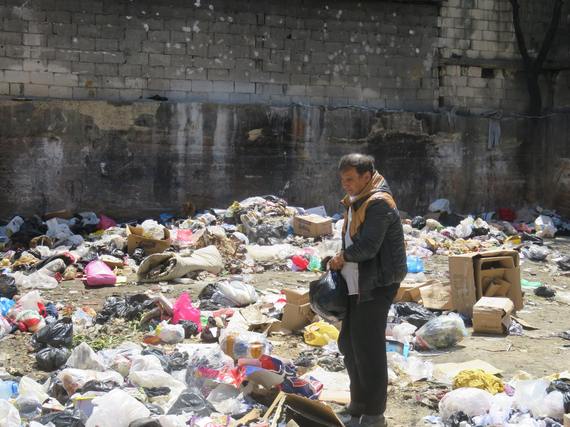 I remember visiting my aunt in Bourj Al-Barajneh camp in Beirut, where I always had to be careful not to step in the sewage that ran in the streets whether it was summer or winter.

UNRWA (United Nations Relief and Works Agency for Palestine Refugees in the Near East) is responsible for providing medical, educational and sanitary services in the camps. Many camp residents argue that UNRWA is not doing its job efficiently. On the other hand, UNRWA says it is facing funding shortfalls, and in fact in the last few months there has been talk about closing some the agency's schools. Fortunately, UNRWA received sufficient financial donations to allow it to open its schools on time.

Still others place the blame mostly on the Lebanese government for refusing to properly serve a population that has been living on its territory for more than 60 years. (Palestinians also are not allowed to own land or businesses, or to work in many professions.) There are many reasons why we Palestinians have not been treated like citizens: Many Lebanese think that providing more services to the camps would let the international community off the hook; after all, the UN has said all along that we have a right to return to our homeland. They also say they can't afford to take care of their own nationals, much less us. But like it or not, we are here. Must we live in squalor? 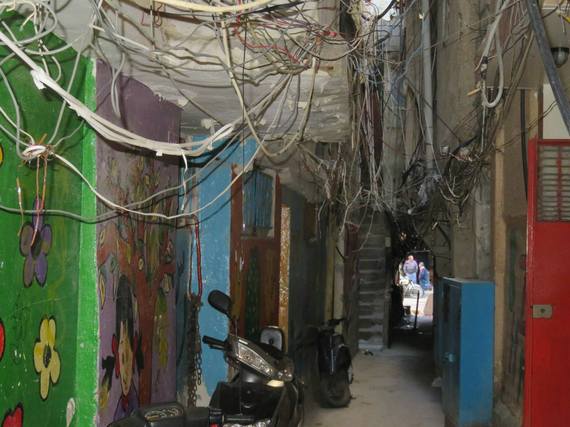 Personally, if I were to choose who to hold most responsible for the chaos in the Palestinian refugee camps, I would first point my finger at UNRWA (and the international community that funds it). UNRWA is charged with the responsibility of assuring at least a minimum living standard for registered Palestinians. The Palestinian refugees who have flooded into Lebanon from Syria, further crowding the camps, say they were provided a much better living standard there. As the You Stink protests have shown, the Lebanese government is failing to provide its own citizens with decent services and living conditions. And with the Syrian crisis, Lebanon is under a lot of stress; there aren't enough resources, services and jobs, and no one (Lebanese, Palestinians or Syrians) is satisfied.

Of course, we Palestinians also bear some of the responsibility. Although there are many good Palestinian nonprofits organizing in the camps to improve the situation, much more could be done. Last year, I volunteered in an environmental-awareness program for Palestinian refugees living in the Beirut area. I was very surprised that the high school students lacked very basic environmental knowledge. I was thrilled when I saw their curiosity and eagerness to make a change in their environment. Then, a student with a frustrated look on his face said, "No one will listen to us in the camp. They (the camp leadership) consider us kids who know nothing."

Ayn Al-Hilweh, the largest Palestinian refugee camp in Lebanon with about 54,000 residents, has significant problems related to security as well as sanitation and other essential services. The camp has witnessed a lot of violence in the last several months as different political factions fight each other. I asked some residents about what most concerned them, and I was touched by one woman, who answered with tears in her eyes, "I want the Palestinians in the camp to love each other. We do not want killings and fights. We do not want to escape from our houses in the middle of the night, running from gun shots and death...We will not get Palestine back if we keep hurting each other."

Only by working together can Palestinians lobby for their rights with UNRWA and the Lebanese government, and support a new generation of youth who are ready to take more initiative.

We have the right to have a good life, and if others won't give it to us, we have to seize it. Aya Ibrahim, 20, is a Palestinian refugee living in Saida, Lebanon, and a contributor to We Are Not Numbers. She is a senior at the American University of Beirut, majoring in environmental health with a minor in public health.