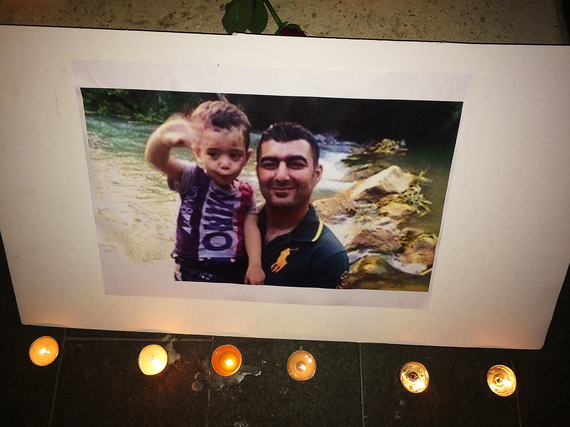 On Sunday evening on November 15, I attended a candlelight vigil organized by a humanitarian NGO and some students from the American University of Beirut for the victims of the suicide attacks that took place in Burj al-Barajneh last Thursday on November 12, where 44 people lost their lives and at least 200 were injured. The attack, which ISIS claimed responsibility in a press release, comprised of two suicide attackers; a third one shot on site before detonating himself. The ministry of interior in Lebanon later confirmed that the attack was supposed to involve a total of five attackers, and one of the targets was supposed to be a hospital in the area, in addition to a Shia mosque. The latter target was kept safe by Adel Termos who prevented the first suicide bomber from entering, losing his life in the process.

Like any other terrorist attack in Lebanon, the frustration and anger I felt went well beyond the attack itself. This time was little bit different. It wasn't about the usual plethora of Western and regional press calling the neighborhood a 'stronghold', nor was it about the minor impact an attack on Lebanon or most other places in the Middle East makes to the rest of the world. It wasn't even the speech of Beirut's municipal chief at the vigil, which was shallow and unauthentic to say the least. It was something else.

"The political situation will be less difficult to sort out after the attack on Burj al-Barajneh." This tasteless statement was made by Lebanon's Interior Minister, Nohad Al Machnouk. The Lebanese government has been meeting to sort out various laws, and the two political factions were in a deadlock. However, after the tragic attacks, they managed to make compromises and sort things out. This was promoted as something done in the interest of "national unity", a term that the political elite in Lebanon use to improve their image. It was just shocking to see this come out of the minister's mouth.

The Lebanese government's reputation couldn't be worse, especially the ministry of interior and Al Machnouk. Ever since the trash protests escalated in Beirut last August, all eyes have been on the Internal Security Forces (ISF) and Nohad Al Machnouk. On August 24, a video surfaced of Al Machnouk partying at a beach club in Mykonos, Greece. This was around the same time protesters were indiscriminately attacked with water canons, high concentrations of tear gas, rubber-coated bullets, and in some cases live ammunition.

Even at press conferences regarding the issue of the brutal police response, the interior minister tried to justify his actions with blatant lies. He did everything he can to depict the protesters as thugs and "infiltrators" who want to dismantle whatever is left of Lebanon's stability and cause chaos. He even went as far as to use a video still from a viral video. The still depicted a police officer with an injury. What Al Machnouk intentionally left out was that protesters ran to the injured officer, gave him some water, and took him to an ambulance.

Protesters, including "unlicensed" journalists and photographers who were arrested, were deprived of their rights and weren't being told what they were charged for, as 22 year-old photographer Hassan explained in an interview I had with him. Some protesters were forced to take urine tests, at their own expense. Those who refused or couldn't afford paying for the test were threatened to be imprisoned for drug-related charges. Some protesters were even tried at military court for clashing with police officers and for vandalism, despite being civilians. Even though those prisoners are now released, a court verdict last month ordered some of the protesters to stay in prison. However, that didn't last too long due to public pressure. Al Machnouk nor the ISF have not made any official statements about these practices.

The manic and intense response by the interior ministry on protesters almost makes it seem like they're ISIS, doesn't it?

While the candlelight vigil was moving, its location just didn't make sense to me. It took place in Zeitouna Bay, a privatized space with upscale cafes, restaurants, and yachts, far from Beirut's impoverished neighborhoods. Sure, the view was nice and it was a calm atmosphere, but I don't think it did anyone justice. We should have had this vigil right in front of the ministry of interior for obvious reasons.

They failed us, just like the rest of the government. Time and time again, they have taken major security issues lightly, from terrorist threats to public health outbreaks, and it's time we hold them accountable.

The head of General Security, Major General Abbas Ibrahim said that they're anticipating more attacks from ISIS. So what are we going to do?

I'll see you at the protest on Independence Day on November 22 at Riad el Solh Square.

Lebanon's Complacency On ISIS Victims: A Harsh Reminder That The Time For Change Is Now
Lebanon Revolts 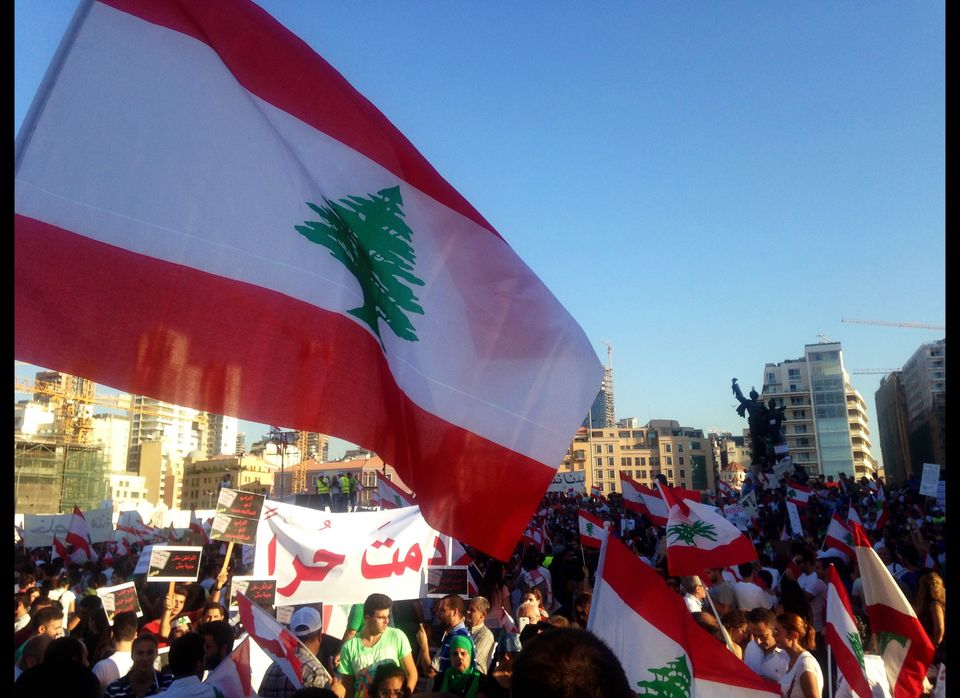