We all know LeBron James had a pretty rough Tuesday night.

His dreams of bringing an NBA championship back to Cleveland ended after a Game 6 defeat (in Cleveland, no less) to the Golden State Warriors.

He gave it his all, putting up ridiculous points and stats. But it wasn’t enough. It was brutal. Seriously. This is how sad his post-game press conference looked. 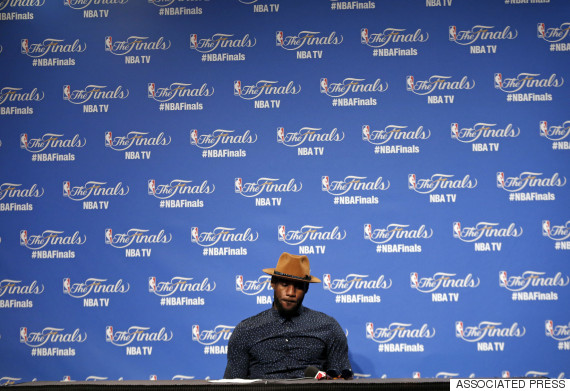 BUT! There is something LeBron has that should cheer him up -- the upcoming release of “Trainwreck,” in which he stars alongside Bill Hader and Amy Schumer.

And like any good cast mate, Amy Schumer had some words of support for James, following the Cavs’ NBA Finals loss.

And he actually looks pretty funny in the movie.