Nevermind LINsanity, Miami's Lebron James is inspiring a craze of a different kind. Thursday at midnight, Nike released two coveted limited edition kicks: the LeBron 9 and the Foamposite Galaxy, both commemorating this weekend's NBA All-Star Game in Orlando. Crowds at one Florida store were so intense, riot police were called.

Sneakerheads in Orlando were asked to wait across the street from a local Foot Locker. When one person rushed towards the store, hundreds followed, reports the Orlando Sentinel.

The sudden stampede prompted the Sheriff's Office to send in mounted cops, a helicopter, and police in full riot gear. At one point, they threatened to use pepper spray on the rowdy crowd. The sneaker release was canceled.

All of this was required at last night's Nike shoe release at Foot Locker in Florida Mall. Why? In our own opinion, poor planning. Nike and Foot Locker should have handed out passes to the first 200 people and called it a day. But no. They let 1,200 people form a line waiting for 200 pairs of shoes.

Nike and Foot Locker need to pay back the City of Orlando for all of this police coverage for their event. Orlando should not have to pay for it; they should. Shame on Nike and Foot Locker for poor organizing of what should have been a very fun event.

Down in Miami, 75 to 100 people lined up peacefully at the House of Hoops store at Dadeland Mall, hungry for one of the 16 pairs in stock.

Although the new Nike kicks retail for $220, WSVN 7 spoke with one sneaker fan who's seen them online for upwards of $2,400.

The LeBron 9 Galaxy Big Bang is a bright orange and red sneaker with a glow-in-the-dark sole. King James will don the mango-hued shoes himself for the NBA All-Star Game.

The Nike Foamposite One Galaxy is wrapped in starry skies, which also glow in the dark.

According to their release, Nike intended the astronomy theme to be a nod to Orlando and Florida's space industry -- nevermind that Florida's Space Coast has been quiet since NASA shut down the space shuttle program in Summer 2011.

Click below for images of the sneakers and Twitpics from the scene in Orlando. 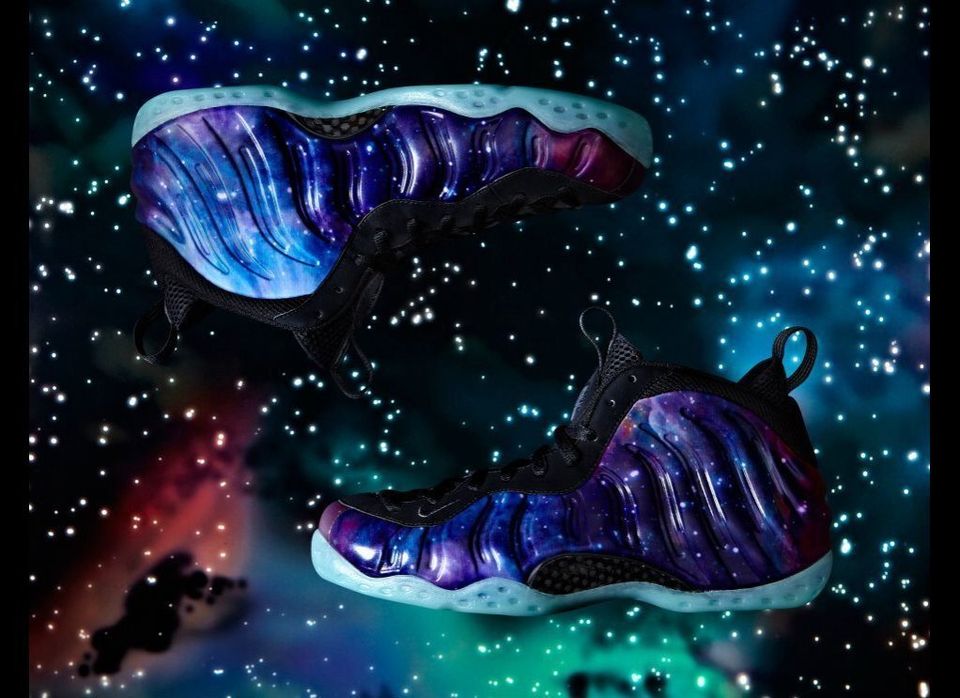