With LeBron James on the floor, the Cleveland Cavaliers have kept pace with the previously dominant Golden State Warriors for a large part of the first five games of the NBA Finals. While the Cavs are down 3-2 heading into tonight’s Game 6, very few people expected them to get even this far.

Without question, James has been the reason, averaging 36.6 points, 12.4 rebounds and 8.8 assists in the series. Some critics have taken issue with his shooting percentages, but all criticism should immediately dissipate when you consider one thing: just how bad this team plays without LeBron on the floor.

Per http://t.co/kzLg9M1fZ6, Cleveland's O in the 22 minutes LBJ hasn't played in Finals:

For non-NBA nerds, 18.2 percent from the field is comically awful, but nothing compared to the zero percent the team has shot from three when James has sat.

Perhaps more glaring is that 54.6, which indicates the number of points a group has scored per 100 possessions. For reference, the Philadelphia 76ers, a team that tried to be bad this year, still managed to score 93 points per 100 possessions. And the negative 39.2 next rating, well, that’s embarrassing, blowout-level bad.

Yet here the Cavaliers are, still with a chance, a result of LeBron James taking his ragtag collection of teammates and building them into something greater. 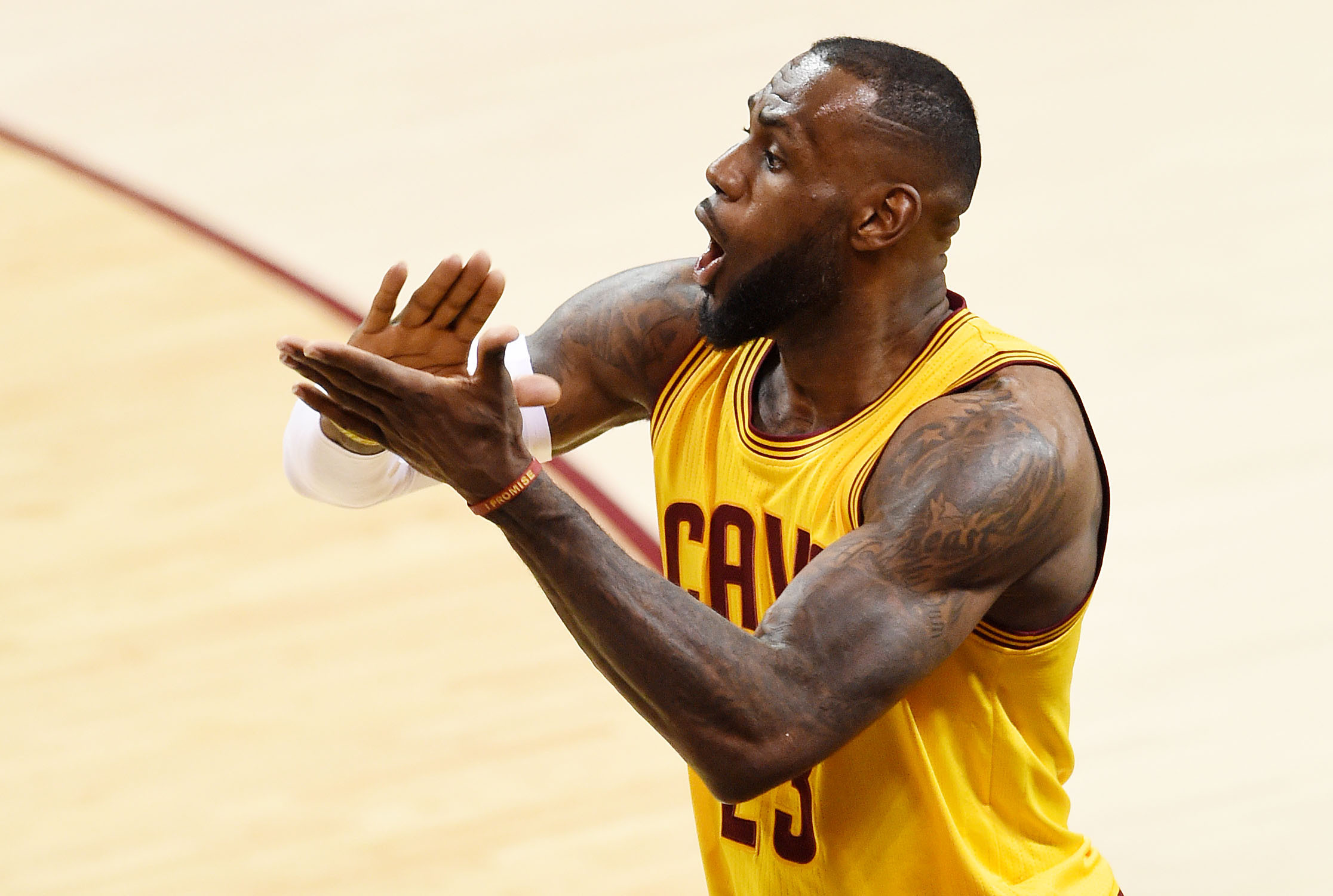 Just How Much Better LeBron James Makes His Teammates, Summed Up In A Single Tweet
Some Cool 2015 NBA Finals Photos