Lee Daniels has the type of personality associated with Hollywood's biggest movie stars, and opinions that make him sound like America's next great talk radio host. He, of course, is neither: Daniels is the Oscar-nominated filmmaker behind such lightning rod features as "Precious" and "The Paperboy." Now, because of a bit of legal gamesmanship between Warner Bros. and The Weinstein Company, he's also a brand: "Lee Daniels' The Butler," which was originally called "The Butler," is the director's latest film, his first rated PG-13 by the Motion Picture Association of America.

That's a big deal for Daniels, considering his last film featured a scene where Nicole Kidman pees on co-star Zac Efron. The shocks in "Lee Daniels' The Butler," however, are of the true-life variety. The film, written by Danny Strong (with some help from Daniels), tells the story of Cecil Gaines (Oscar winner Forest Whitaker), a White House butler who served at 1600 Pennsylvania Avenue during eight presidential administrations, from Harry Truman through Ronald Reagan. (Gaines is based, in part, on Eugene Allen, a real-life butler who worked at the White House for three decades.)

Daniels' film uses Gaines' career as a backdrop to tell two, intertwined stories: a father-son relationship drama (David Oyelowo plays Gaines' rebellious older son) and how America's civil rights movement was born despite so much deep-seated racism and prejudice. Co-star Oprah Winfrey, who might find herself on the short-list of Best Supporting Actress nominees at the 2014 Oscars, has called Daniels' film "history."

HuffPost Entertainment spoke to Daniels about making "Lee Daniels' The Butler" a PG-13 film, the complicated debate over the use of racial slurs in popular culture and what it was like to direct Winfrey.

Earlier this year you said in an interview that trying to make this film within the confines of PG-13 felt like being "in handcuffs and a muzzle." What would you have done without those restraints? In hindsight, I don't think much of anything. I think it was meant to be what it was meant to be. I said that because I didn't know how -- at the time -- I was going to be able to do it; how I could just let the story tell itself. Do you know what I mean? From my first movie -- from "Monster's Ball" [which Daniels produced] on, they have been rated "R." I've always been fighting with the MPAA to get from an "R" to an "R." So it was incomprehensible to me. I couldn't even wrap my head around it.

Did the MPAA give you a hard time about this? Yeah! Hell yeah! The fight was even harder.

Well, about that: Oprah said that this film "will be history." As a filmmaker with such a strong voice, how did you balance making something that can stand up as a historical document for future generations, while also making a movie that's true to your art? It was like walking a tightrope, because my head is "R." I'm living in that space. Because I think the world is "R." I think when you walk in New York City, that ain't PG-13; that's the world we live in. That's the reality. This PG-13 concept is to sanitize the reality to protect kids. Which I don't understand. It was very difficult, but I achieved it.

Do you feel like you compromised at all? At the end of the day, I didn't compromise. I mean, there were little tiny things, but I'm OK. Because I think that they, the MPAA, were right. Can you believe I'm agreeing with them? You can quote it.

There's a great moment early in the film when young Cecil refers to himself with the n-word, and the character played by Clarence Williams III slaps him and says that Cecil should never say that word. Later, you have the character played by Cuba Gooding Jr. use the n-word for a punchline about Lyndon B. Johnson. What kind of conversation do you want this film to start about the use of the n-word in pop culture? For instance, I know Oprah is against it ... I think that everybody is entitled to their opinion about the n-word, but there is a lot of validity about what Oprah has said. And yet, in private, the word is used amongst African-Americans -- and probably, in private, with white people.

We saw that with Paula Deen. Yeah. But, no, with Paula: I like her. My mother loves her. Even afterwards, we understand that her racism and her usage of that word is so deep and so complicated. In the South, there was a love-hate relationship. White people loved black people in the South. I think there was a true, deep affection -- people will argue with me about that -- but just don't step out of your line. Because then you're at a place that's not so good. Is it love? I don't know.

You address that in the film with the character played by Vanessa Redgrave. She has a strong connection with Cecil when he's a young boy, but she's also not above treating him as a lesser being. It's complicated. Racism is complicated. I think that in the South, it's clear. I feel safer in the South, then I do in metropolitan cities, where racism is subversive. Because they will do it behind your back. You know where you stand in the South. You know your place, because they will let you know your place. I'd rather have someone tell me the truth about me than go behind my back. Wouldn't you?

Yes. So I think that's what my mother meant when she said that about Paula Deen. She wasn't hiding anything. Now, I don't trust what Paula Deen is saying now. I think it's all manufactured now, because she's trying to apologize for something I don't think she should be apologizing for.

When it was first reported that you were directing this film, Deadline.com noted that Denzel Washington could star as the title character. What happened? I wish they would stop saying that. Denzel is one of my very good friends. Denzel was helping me with the script. As with all of my materials, I talk with friends to help me. He helped me with the beginning of the film. We had talked about the possibility of him doing it, but he was never attached. I don't know where that came from. We talked as friends about him possibly doing it, but he was never attached.

Why did you decide on Forest? He was right for the role. There was his level of humility; his elegance is what attracted me to him for this role.

Then you also cast Oprah, who is so good that I wouldn't be surprised to see her win an Oscar next March. Oh, my. Thank you. Wow! Make sure you print that one! Woo-hoo! I don't want to hear that, because I hear that then [I'll start to believe it]. You all trick me! Let's not talk about that. My heart will be broken.

OK, but look: Monique in "Precious," Nicole Kidman in "The Paperboy," Oprah in "The Butler." That's a significant trend. How do you get these transformative performances from such unexpected sources? They really trust me. I don't have the answers and I don't pretend to have the answers for them. We're always searching for the truth. I don't act like I know it all because I don't know it all. I'll say, "Help me find her. Can you please help me find her? Because what you're doing is not her. We're going to find her. We're not leaving until we find her."

Was it harder to direct Oprah since you have a personal relationship with her as well? I had prior relationships with all of my actors beforehand. That was not the hard part of dealing with Oprah. I think the hard part was really in my head, because she's so Oprah that I was nervous giving her direction. But then I realized that, inevitably, she's going to have to take it. I sort of beat her into submission [laughs]. She was so wonderful about receiving the beating. She was so vulnerable and humble throughout it all and nervous. Yeah, she was very nervous.

How much did you work with Danny Strong on the script? He's the best. All I did was give the nuance. He did it. It was really Danny. He nailed that father and son relationship with the backdrop of the civil rights movement. But, you know, since he's not an African-American, it was about nuancing stuff, like in the beginning with chitlins and having the audacity to use the n-word. Stuff he felt that maybe he shouldn't say. You know? Danny had it in him, I just had to push him off the edge, like I did with the actors [laughs]. I treated Danny the same as I treated the actors.

Do you think movies like "The Help," "Django Unchained" and "42," all of which were written by white screenwriters, can be as authentic about the African-American experience as movies written by black screenwriters? I don't think it can be as authentic, because it's not the experience that we experienced. Like I couldn't do "Schindler's List." There's no way I could even imagine doing "Schindler's List." Or what Martin Scorsese does with those genius Italian flicks. You know what I mean?

Lee Daniels On 'The Butler,' Racism In America & Why He Was Nervous About Directing Oprah Winfrey
'Lee Daniels' The Butler' Premiere 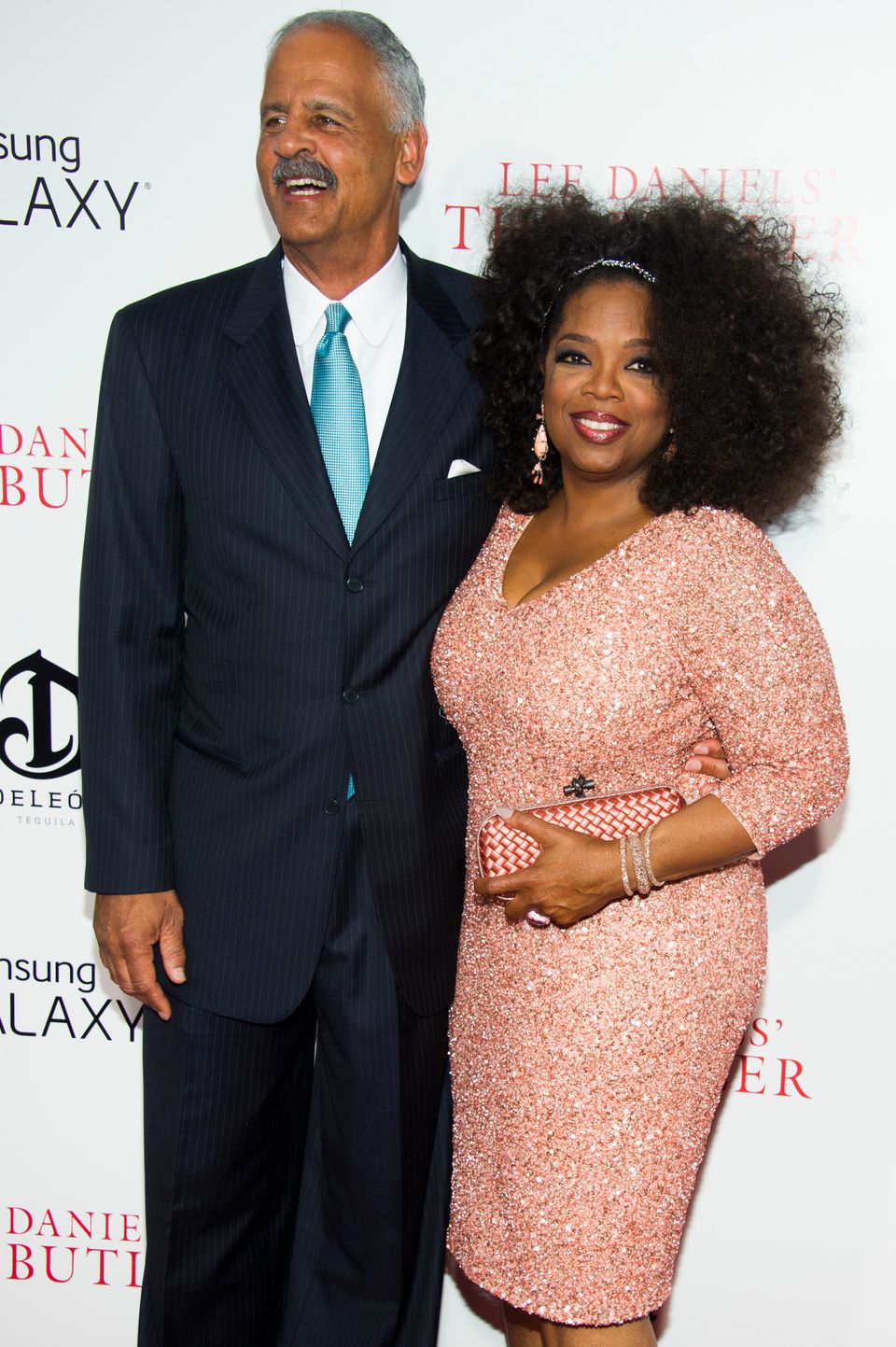