Several thousand of us thundered to our feet for the national anthem at a recent college graduation. Predictably, these types of events are choked with the emotion of life's passages. I had been observing parents on the bleachers hugging family members and wincing back tears. The graduates on the field, roasting in dark caps and gowns, excitedly waved cell phones as they located their families, while others fought sleep and hangovers.

Yet the instant the band struck up the anthem, the entire crowd stood and morphed into a stadium of reluctant zombies. Operating on autopilot, I began to sing. Keep in mind that me singing is not a pretty sound. God didn't grant me a set of pipes. This was made more obvious by the fact that I was seated in a box with strangers, none of whom knew one another well, so it was... um.... really quiet except for me. My voice tapered off as I panned around the room observing the group. We looked sheepish, uncomfortable, as if it was uncool to be enthusiastic or patriotic at this moment. In short order I ended up mouthing the words like everyone else. I had succumbed to peer pressure. Why had I suddenly felt foolish?

What happened to the swollen sense of national pride that burst forth like a seed pod after September 11th? Flags decorated lawns and overpasses, car bumpers and hats. Hands were placed firmly over hearts, red white and blue everything sprouted like hives. More than ten years later, we are tentative patriots. We gauge our neighbors' politics, we stick a finger in the air to test the atmosphere before we consider declaring that we love our country, despite its warts and fault lines.

Who remembers the needle hitting the record over the classroom loudspeaker in elementary school? "Oh say can you see..." standing straight, one sock up and one down, chest out, facing the flag hanging from a pine pole in the corner. It was an accomplishment to have memorized the national anthem and the pledge of allegiance. Saying the rote words gave me a sense of belonging to a greater whole, a pride in our country and all that it stood for. 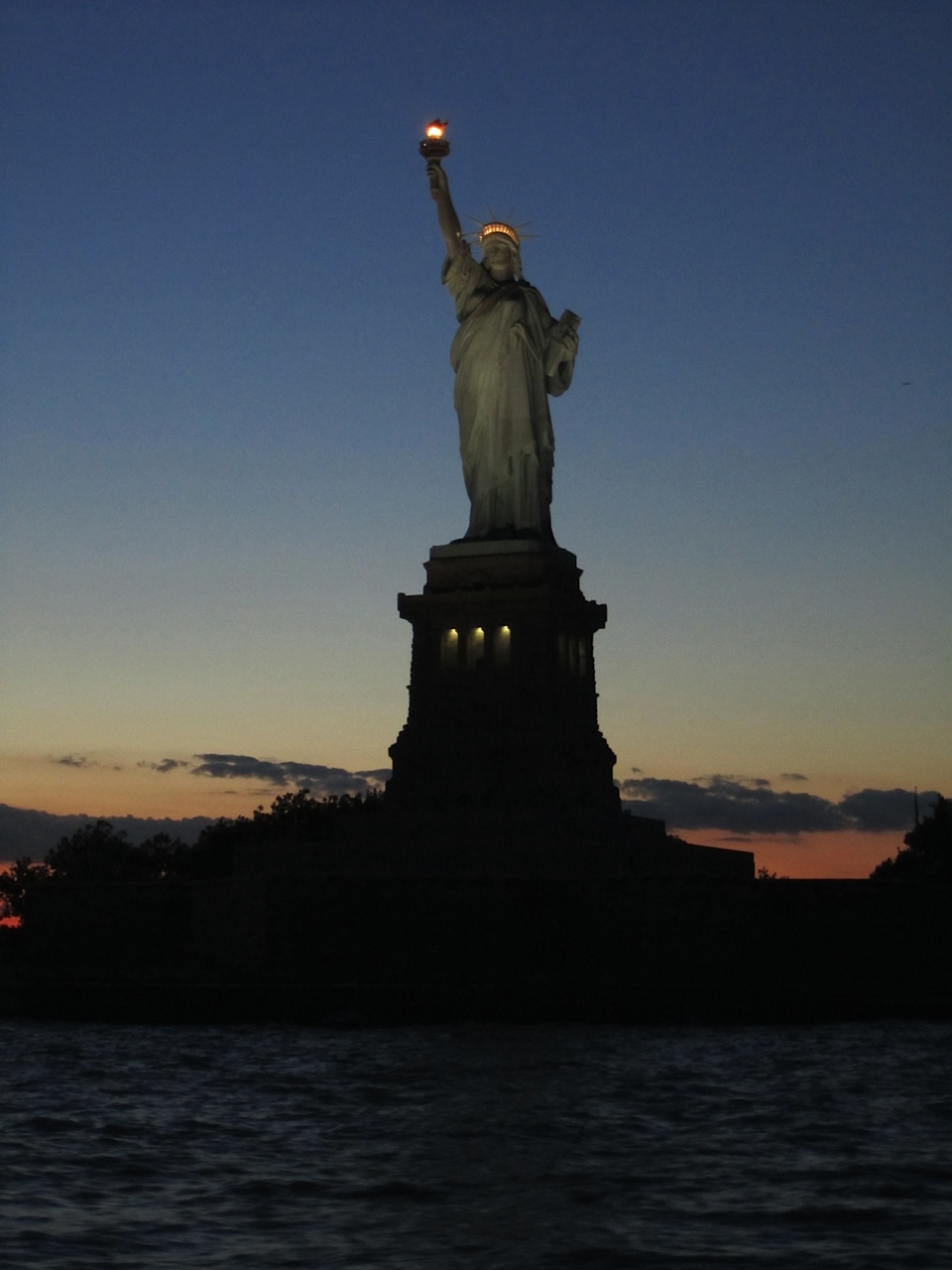 In the 1960s, when I was in my single-digit years, there was much to take pride in. We had put men on the moon and discovered cures for diseases. America was a land of bountiful agriculture and continuous invention. We produced "things" you could touch and products that took up space and streamlined living. Detroit churned out shiny cars and bustling cities defined themselves as towns of steel and textiles, paper and shoes, television sets and refrigerators. We dominated whole business sectors, conjured up Hollywood and all of this while welcoming a labor force to our shores that comprised the muscle and backbone of our manufacturing might. We were a stew pot of ingenuity and moxie with a meteoric trajectory. Our forefathers had shed blood in a revolution to gain independence. That pledge of allegiance and national anthem were sacred stuff back then, they represented hard won freedom.

Things got upended in the 70s. It was a decade of turmoil, intent on throwing off the shackles of convention and complacency. Authority figures became "the man," cops become "pigs" and when the boy next door's draft number was up, brothers and sons and boyfriends marched off to Vietnam and some of them didn't come back. And those that did were forever altered by the act of war and shown our country's collective back. They were challenged and spit on, their sacrifice questioned. They learned to hide their service like a jagged scar.

And as the decades ticked on, wars and conflicts came and went and civilization progressed in some ways and devolved in others. We lost a healthy respect for many things: our elders, appropriate discipline, boundaries and manners, sharing, saving, re-using, home-made, hand-me-downs and parenting with consequences, not just blind indulgence. We downgraded the value of military service, the contribution of teachers and the virtue of stay-at-home mothers. Celebrities with sex tapes became our aspirational heroes and we coveted anything bigger and newer: houses, cars, wardrobes and helpings. Economize became supersize. Our country settled into a disjointed, somewhat cagey relationship with national pride. Today, we pull it out when it suits, as convenient as the windshield Police Benefit Association sticker that can help us wriggle out of a speeding ticket.

It's not that we aren't grateful for living here. It's more that we tend to forget just what we have to be thankful for. Political schisms and the inability to compromise in Washington, the economic flat line, the drain of the wars -- we have many reasons to feel lackluster about the United States. There are always things to criticize, that's the cheap shot. Thank God we live in a society where we can. But somehow, we've arrived at a place where national pride feels shameful, like joining a cult or participating in a skinhead rally. 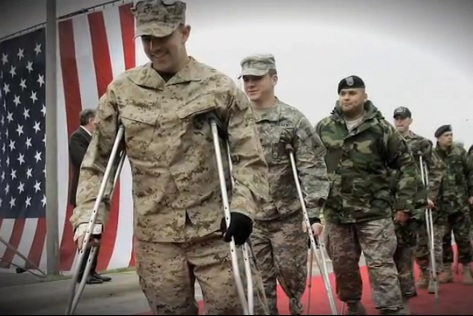 Citizens today will tell you they are appreciative of our all-volunteer military. Most of us will answer that we know war is hell and we understand there is a brutal cost for being free in the land of the brave. We welcome troops home from Iraq and Afghanistan at airports, stuff backpacks and donate dollars and then we head to the mall to pick up the summer swimsuit or buy the hot dogs for the July 4th BBQ. Because that's simply the business of living.

I know that patriotism isn't just about standing at attention in front of a flag. Real national pride is about standing up and acting. What differentiates a good country from a GREAT country is its ability and desire to take care of its own. This means not just the less than 1% of our population who volunteered to walk into the crucible in Iraq and Afghanistan multiple times, but the millions who fought in Vietnam, Korea and WWII. When America needed them they answered the call.

While we are busy as a country, a community and as families honoring our veterans this July 4th, there is one thing we can all do. When you hear the national anthem or the flag marches past you, take a moment to reflect on all of the things that are right and good about America.

Because I think we've lost something by not raising our collective voices at a ball park, a public dinner, a ceremony, wherever we are asked to sing the anthem. I think that's precisely the kind of thing that connects us, black, white, Hispanic, Muslim, Buddhist, Catholic, Jewish, Atheist, whatever -- when we gather together with one unified voice. Focusing for a moment on national pride allows our crazy quilt of a country to lay down our arms, set aside our anger and reflect how the whole is so much greater and more powerful than the sum of its parts. 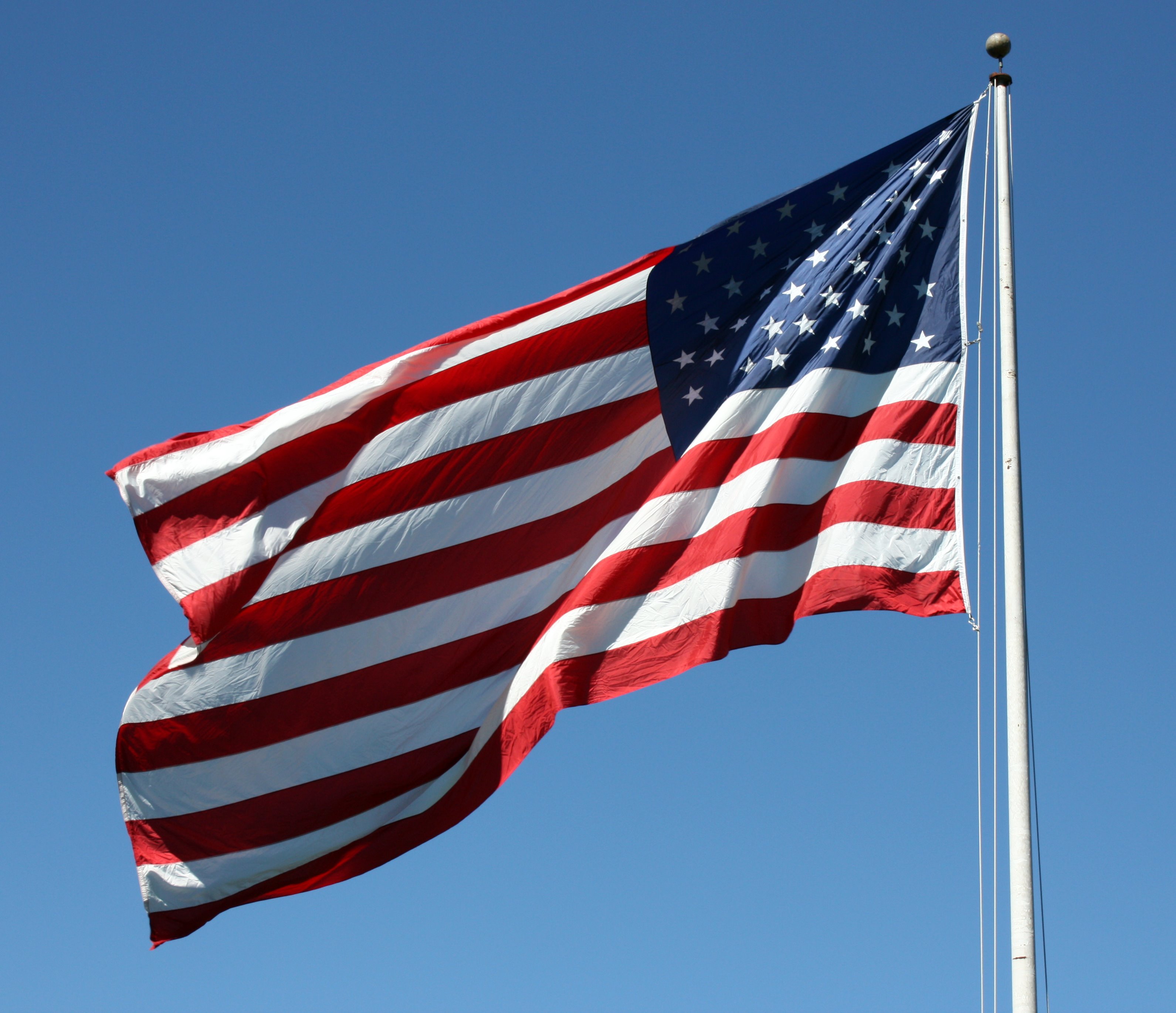 This fourth of July, when I spot Old Glory in our loveable rag-tag mountain town parade, I'm going to stand up straight, hand over my heart, no matter how silly that might look to my kids, or how much I may embarrass them. I'm proud of our country. And the only way we will go from good to great again is if we all begin to try to feel it too.