Anyone who's had a child sick with the flu knows how stressful it can be to take care of him or her. Now imagine what it's like to become a caretaker to a chronically sick child, parent, or other family member.

Some 13 years ago, Leeza Gibbons, former co-host of Entertainment Tonight, fell into the role of caregiver, along with her siblings, for her mother, who was diagnosed with Alzheimer's disease.

Alzheimer's disease is a progressive brain disorder characterized by dementia, which is a loss of memory and cognitive (thinking) skills. There are also personality changes in the later stages of the disease where the person with Alzheimer's may lash out at the caretaker, show fear, and have other distinct changes in personality and behavior. Leeza told me how her mother would get up n the middle of the night and wander and fall.

Leeza went home to South Carolina when her mother first suspected she had the early stages of Alzheimer's to decode her mother's symptoms and get a diagnosis. It was a tsunami of shock, Leeza told me. She sees now that she coped with such a life-changing diagnosis of a loved one by immersing herself into trying to find answers via research to fix her mother's disease. But Leeza developed depression and struggled with sleeplessness. She described it like this: "I was just wound up as tight as I could be [from anxiety]." And her anxiety affected everything in her life. Meanwhile, she says, her mother just needed her.

Over the years, Leeza witnessed her mother progressively degenerating. Ironically, Leeza, like other long-term caregivers, was on a somewhat parallel path. "Caregiver fatigue" placed her at increased risk of stroke, heart disease, and a long list of other medical conditions and already she suffered as a consequence of her role as caregiver from depression, another risk for caregivers.

But Leeza's mother helped ease some of the burden by accepting the diagnosis, asking for what she needed, and telling Leeza what she wanted, which helped in drawing some of her mother's friends back. People don't understand dementia and some withdraw, Leeza said. (That's true of many long-term medical conditions and diseases.) The earlier you get real with the diagnosis, the sooner you can line up your team, Leeza said. Leeza told me that the team won't include everyone, because everyone won't have what it takes to get on their battle gear.

While being a caregiver can take its toll, having a caregiver -- advocacy and the demonstration of love -- is so important to the person with the medical condition or disease that I wrote about the devastating effects of not having one in The Other Side of the Window. 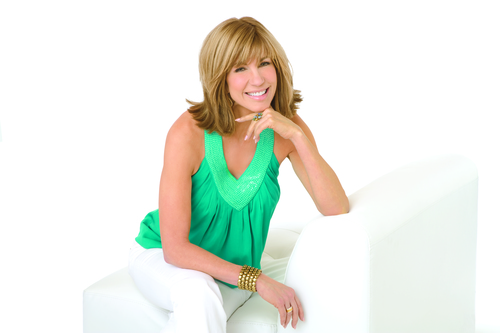 And Leeza pointed out, there are deeply gratifying positive aspects of being a long-term caregiver. There are so many discoveries along the way, she said. You begin to see the individual as a stranger, but you respond by relating in spirit and energy. It's a quieter form of love, she said. For example, she felt comforted brushing her mother's hair. And Leeza learned to slow down and to have patience and to do her best, and that would be good enough. She also learned to be forgiving of herself and her mother and start over with a new normal. Recognizing that stress is coming and it's normal allows you to cope. It's a safe feeling, she said.

And then there's learning to be understanding, which is key. When you're taking care of someone with Alzheimer's disease, they can't show appreciation, and that's what we're motivated by, Leeza noted. She had to remind herself that her mother's lashing out was the disease talking.

Gibbons lost her mother to Alzheimer's disease 3 years ago.

When you lose your loved one, you lose your job that you've become an expert at, and you lose your purpose, Gibbons said. Many former caretakers turn to mentoring to offer their expertise in some way to those who need it. And that's what Gibbon's has done through Leeza's Place, which offers support and networking for caregivers.

Gibbons is also moderating a panel of Alzheimer's disease experts in a live webinar at 8 p.m. EST/ 5 p.m. PST on September 20, 2011, at AlzheimersDisease.com. The panel will include an Alzheimer's expert/neurologist, an elder law attorney, and a social worker, who will provide caregivers with tips and answer their questions during a live Q&A session.