Lebanese journalist Hayat Mirshad, at loggerheads with TV personality Tony Khalife over social media posts in which she accused him of being a sexist advocate of domestic violence, is in legal hot water. 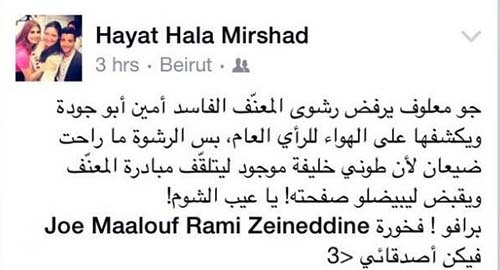 She was enraged after Khalife on three occasions seemed to side with violent men against abused women.

No surprise since Mirshad is a self-described feminist, activist, reporter for "Lil Nashr" (For Publication) on Lebanon's Al Jadeed (New) TV, anchor and producer on Sawt El Shaeb (Voice of the People) Radio, and co-founder of "Fe-Male," a women's advocacy group, who sees no conflict of interest in the various hats she wears.

"Joe Malouf rejects a bribe from corrupt abuser Amin Abou Jaoudeh and exposes it on the air to the public. But the bribe wasn't wasted because Tony Khalife grabbed the abuser's initiative to whitewash his reputation. Shame! Bravo! I'm proud of you my friends Joe Malouf, Rami Zeiniddine," she wrote.

Mirshad was referring to Khalife who had hosted on one of his shows a lawyer seen and filmed assaulting his wife in her car, in broad daylight, at a traffic stop. The video clip went viral on social media.

Another TV personality, Joe Maalouf, refused to feature him on his show, she said. 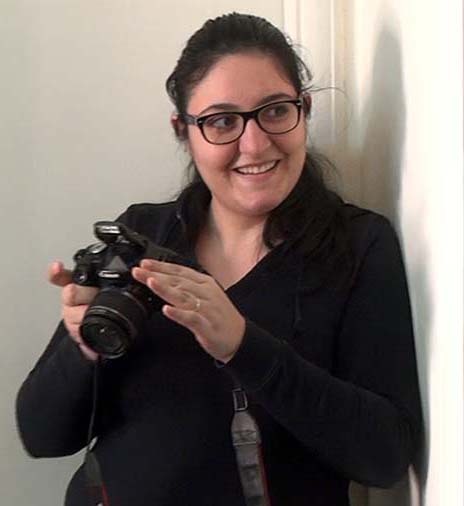 Khalife and Malouf host controversial, some say sensational, TV programs that attract audiences to problems they broadcast, solutions they offer, and attacks they launch on assorted and sundry.

Media ethicists tag them as voyeuristic.

"Of course I refused to appear twice before that bureau and in the end the prosecutor general decided not to insist on summoning me and to withdraw the file, and I haven't been contacted since," she said.

Activists, journalists and press freedom advocates say the Cybercrime Bureau is a government arm for repression.

If she were to face more legal action -- still a possibility -- Mirshad may appear before the Publications Court that adjudicates press issues.

Since Lebanon has yet to upgrade its press laws dating back to 1962, online and social media have so far fallen under their archaic, albeit less stringent, rubric than those of cybercrimes.

Because of these antiquated and monopolistic laws, Mirshad isn't even recognized as a journalist since she isn't, and can't be, a member of the Journalists Syndicate, so she can't call on that body to protect her from arbitrary legal action.

Khalife had filed a slander, libel and defamation suit against Mirshad over her use of the term "bribe" and her characterization of him as a supporter of men accused of domestic violence.

"Yes, I accused him of bribing, but not in the literal material sense," she told me. "I meant it in the figurative moral sense."

She noted that Khalife had benefited from Abou Jaoudeh's appearance on the show to create buzz, sensationalism, excitement and attract viewers in clear competition for ratings with other TV stations.

Mirshad had worked on one of Khalifeh's shows at Al Jadeed (New) TV where she said she detected his male chauvinist and traditional ideas towards women before he moved to MTV Lebanon to host another program.

The two stations and their shows are a reflection of Lebanon's political and sectarian divide.

Najib Mitri (a/k/a blogger Blogbaladi, Twitter handle @LeNajib) also took umbrage when Khalife on a show on Egyptian Al Hayat TV in which he is a judge/panelist jumped out of his seat and blew his stack at a woman who said she had initially kept mum about being subjected to domestic violence to protect her son, but was finally publicizing the injustice. 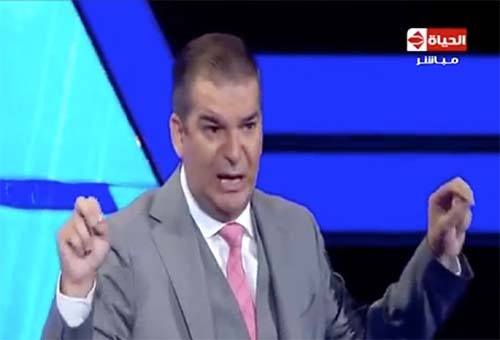 Khalife accused the woman of damaging her son by coming out in such a public forum and slammed advocacy NGOs for fanning the anti-male flames.

He claimed anti-female violence was a financial draw for NGOs whereas other types of domestic violence were not as lucrative.

"We started with one NGO in the country defending women's rights and now we have 30 NGOs," Khalife said. "Every woman they take (under their wings) files a lawsuit."

Lebanon has been plagued by domestic violence cases ending up as homicides, with women being the main victims. Most have seen abusive husbands avoid prosecution despite calls for action by various groups and in the media. 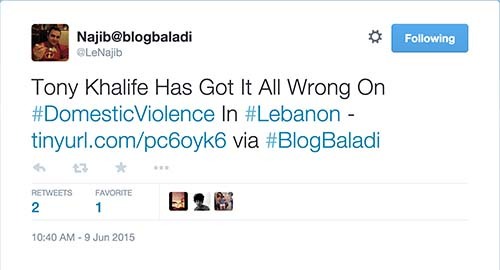 "I think it's quite ironic that Tony Khalife is running a show to help shed the light on important topics and is criticizing at the same time NGOs that are helping shed the light on domestic violence cases and supporting women being abused by their husbands," blogged Mitri.

At this writing Mirshad's case was still in legal limbo.