Legal Marijuana is going to happen, the only question is when. The most recent polls show 54% of Americans favor legalizing marijuana. Here's why you should get behind it, too. 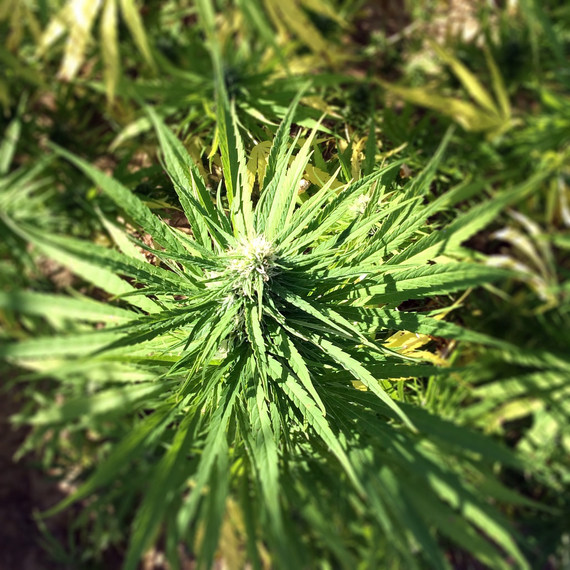 Marijuana is packed with medicinal uses we can't legally exploit here in the United States, but why? Are we still stuck in the Reefer Madness of the 30s? Or is the idea of a pain-curing plant you can grow in your backyard too great a threat to the powerful pharmaceutical industry?

Marijuana is not a gateway drug. The science is overwhelming. While some users do go on to use other drugs, most do not. No significant connection can be made.

The Medicine and the Science

Cannabinoid receptors are stimulated by -wait for it- cannabinoids. The two cannabinoids that have been studied most are delta-9-tetrahydrocannabinol (THC), and cannabidiol (CBD).

The medicinal properties of marijuana are well documented. The earliest pharmacopeia documentation shows that marijuana was cultivated for medical purposes in 2,700 B.C. to treat rheumatic pain, intestinal constipation, disorders of the female reproductive system, malaria, and other health issues.

Today, cannabinoids are under study for treatment of:

And many more serious health concerns. But legal issues continue to impede the progress of scientific study, and much of the science is contradictory. 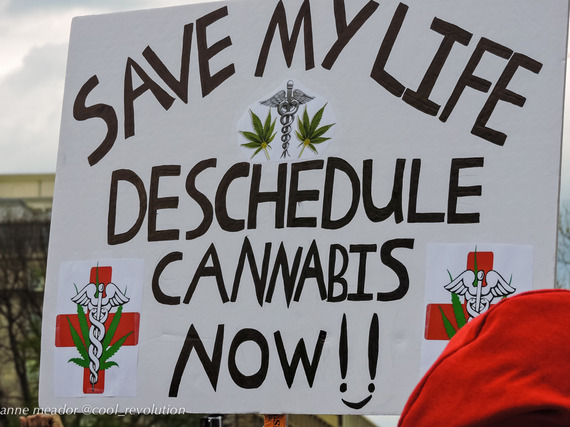 In addition to the physical health benefits, cannabinoids in the form of CBD oil have been used to treat mental disorders like schizophrenia, post-traumatic stress disorder (PTSD), depression, anxiety, and the debilitating effects of chronic stress...without the psychoactive side effects of THC.

Nora D. Volkow, Director, National Institute on Drug Abuse, is cautiously optimistic on the subject of CBD. In a presentation to the Senate Caucus on International Narcotics Control, she said, "Rigorous clinical studies are still needed to evaluate the clinical potential of CBD for specific conditions. However, pre-clinical research (including both cell culture and animal models) has shown CBD to have a range of effects that may be therapeutically useful, including anti-seizure, antioxidant, neuroprotective, anti-inflammatory, analgesic, anti-tumor, anti-psychotic, and anti-anxiety properties."

Marijuana is a hardy plant that can grow almost anywhere. While it naturally adapts well to outdoor conditions, most commercial crops are grown and CBD oil is manufactured in greenhouses for faster maturation, using light deprivation techniques in a carefully controlled environment.

Small crops for personal use can be grown in a very small area. Laws vary; in the most lenient states like Colorado (for example), anyone 21 and older can grow up to six marijuana plants, with three at a time in the flowering stage. Even though it's easy to grow, most people opt for commercially grown product, making legal marijuana a $1 billion industry.

With all this evidence about the positive aspects of legalized weed, low price, popularity, ease of access and use, you might be wondering who is against it. To answer that, it's a good idea to follow the money. If chronic conditions can be managed with a plant you can grow in your yard, who loses profits? Pain management is roughly a $300 billion dollar industry that affects 100 million Americans. It's not hard to imagine why the powerful pharmaceutical industry would put up big money to oppose a free treatment.

In 2014, 28,647 people died from opioid abuse. That's 78 people every day. Tens of thousands of Americans are addicting and killing themselves with prescription drugs. In the same year, the number of marijuana deaths was...zero.

The opioid epidemic is significant in this discussion because the deadly addiction usually starts with a prescription for pain management. Marijuana is a viable and far less destructive option for people in chronic pain.

For the first time in history, the tide has begun to change. Legal Marijuana legislation is proposed in many states and voters are speaking up. Colorado collected $88 million in marijuana taxes last year, and used it to fund schools.

The reality is that people smoke pot - 49% say they've tried it. It's easy to grow, easy to find, and relatively cheap. Decriminalization would give science the opportunity to study its medicinal properties and growers the leeway to produce marijuana's relative, hemp, a fast-growing fibrous plant with tons of uses.

Keeping outdated marijuana laws on the books is simply insane. Decriminalization is inevitable. The only question is how much longer we're going to let money-grubbing lobbyists spread false information - and stand in the way of higher quality of life for people with dozens of conditions that might be better managed with cannabinoids.