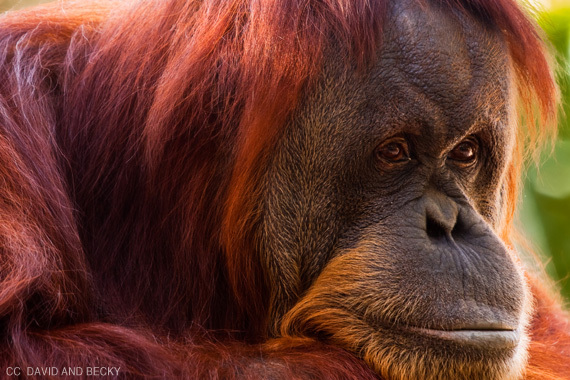 The fundamental problem for animals is that our laws consider them "things." With this definition, animals -- and the humans who care about their interests -- often don't have legal "standing" to bring lawsuits in their own defense. Granting animals "legal personhood" is one way the law could recognize animals as living beings with interests, or rights, of their own. This month, a court in Argentina ruled that an orangutan named Sandra is a subject of rights and not a thing. Argentina's Association of Professional Lawyers for Animal Rights argued Sandra is a nonhuman person deprived of her freedom by being held captive in the Buenos Aires Zoo, where she displayed signs of psychological suffering. The court unanimously agreed and, barring a successful appeal by the zoo, Sandra will soon be transferred to a Brazilian sanctuary.

To be a "legal person," one doesn't need to be human, or even alive -- American courts routinely extend personhood rights to nonhumans: to corporations, municipalities, and even ships. Presidential candidate Mitt Romney alluded to this when he famously said, "Corporations are people, my friend." The fact is that American legal history is packed with heated conflicts about whether or not slaves, women, children, Native Americans, and corporations could be considered "legal persons."

Meanwhile, the Appellate Division of the New York State Supreme Court declared that chimpanzees are not "persons" under the law in a lawsuit by the Nonhuman Rights Project (NHRP). Tommy, an aging chimpanzee, was forced for many years to work in the entertainment industry and is now kept isolated in a small, dank shed in Gloversville, New York. NHRP president (and past ALDF Board Chair) and attorney Steve Wise argued that Tommy should have personhood rights, and asked for a writ of habeas corpus -- a common law cause of action previously used by human slaves to challenge arbitrary detention and confinement. NHRP argued that Tommy, along with several other chimpanzees, should be released to a reputable sanctuary run by the North American Primate Sanctuary Alliance.

In Tommy's case, the writ of habeas corpus would have established his personhood. Unfortunately, Justice Karen K. Peters ruled that chimpanzees cannot be legal persons because they "cannot bear any legal duties, submit to societal responsibilities, or be held legally accountable for their actions." Here, the court narrowly defined "personhood" to exclude anyone who lacks legal responsibilities.

This accountability argument has received global scrutiny in recent years. In 2007, the Balearic Islands of Spain passed the world's first legislation granting legal rights to all great apes. The Spanish parliament later considered resolutions that would treat apes like unaccountable humans, like children or mentally incapacitated adults. After all, children can be removed from an abusive home for their own protection, even if they can't formulate those issues themselves in court. Swiss law recognizes animals as beings not as things. And Brazil has considered the personhood argument in the courts, regarding a chimpanzee named Suica, who died before the decision could be rendered in her case.

For centuries, we assumed we were the only animal who could reason, use language, make and use tools, and express compassion. All of those outdated notions have been proven wrong by research. Apes, like most animals, love, feel, and reason -- and suffer. They have language, strong social and familial bonds, and other capacities that make them beings with interests and rights. So aren't great apes entitled to legal personhood rights? The Animal Legal Defense Fund thinks so -- and that's why we have created the first valid legal trust for chimpanzees, and drafted trust and probate laws that have been adopted by states throughout the U.S. that recognize animals' own legal interests and provide standing to sue on their behalf.

The ruling for Sandra could open the doors for major changes in the treatment of animals in zoos, circuses, theme parks, and research facilities. The recognition of her rights by the Argentinian court shows it's time our own legal system caught up.