Barack, why didn't you just keep your big pie hole shut? Come on, guy, I voted for you and I went to your inauguration--so why are you doing this to me?

The thing is, four years ago when I came up with the title for the book I was working on, Outlaw Marriages, I was pretty darned proud of myself. Back then, the only state where two dudes or two babes could tie the knot was Massachusetts, which is so blue with liberalism that it didn't really count.

So for me to label the pairs of men and pairs of women profiled in my book "outlaws" because they'd become couples as long as a century ago--my title was totally edgy.

But then the tide started to turn against me. First, Connecticut joined Massachusetts, and then, not long after that, Vermont and New Hampshire fell in line, along with New York and Iowa--that last one's in the Midwest, for Pete's sake. Even the District of Columbia joined the parade.

Still, the title Outlaw Marriages was clinging to at least some of its tattered edginess until you, Barack, started yakking about, "You know, Malia and Sasha, they have friends whose parents are same-sex couples." Barack, what are you doing to me, bro? How's my title going to ring provocative when you start bringing the kids into the whole Adam and Steve picture?

And as for that loose-lipped sidekick of yours, don't even get me started on how my title--not to mention the book itself--would be a whole lot less mainstream-sounding if Joe Biden hadn't started babbling about being "absolutely comfortable" with same-sex marriage.

Maybe I should just count my lucky stars that Rick Santorum hasn't come out with some statement like, "I think it's great that two homos walk down the aisle . . . as long as they don't try to go to college."

Here are some of the couples I discuss in my book: 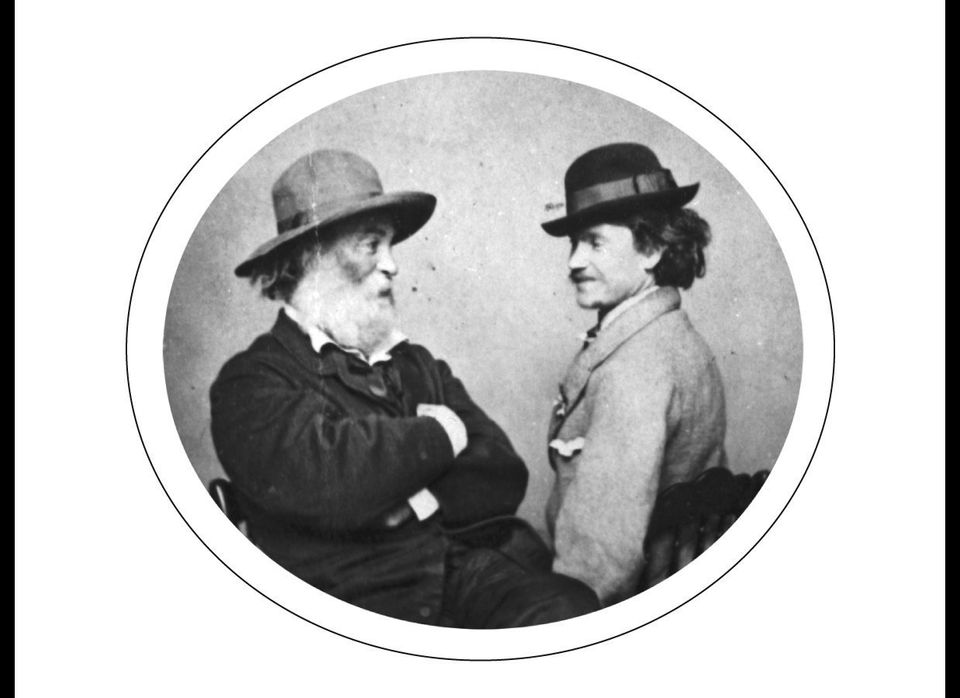 1 / 8
Walt Whitman & Peter Doyle
Many literary scholars consider Walt Whitman this country's most influential poet. The works collected in Whitman's <em>Leaves of Grass</em> pay homage to the freedom and dignity of the individual while celebrating democracy and the brotherhood of man. Peter Doyle was a 21-year-old conductor on a horse-drawn streetcar when he and Whitman, who was 45, became lovers. Whitman and Doyle were in an outlaw marriage from 1865 until 1892, when Whitman died.
Library of Congress