The world will celebrate Pablo Picasso's 133rd birthday on October 25. So how did master model builder Veronica Watson prepare for such an occasion? She spent a day and a half recreating "Guernica" entirely from LEGO. 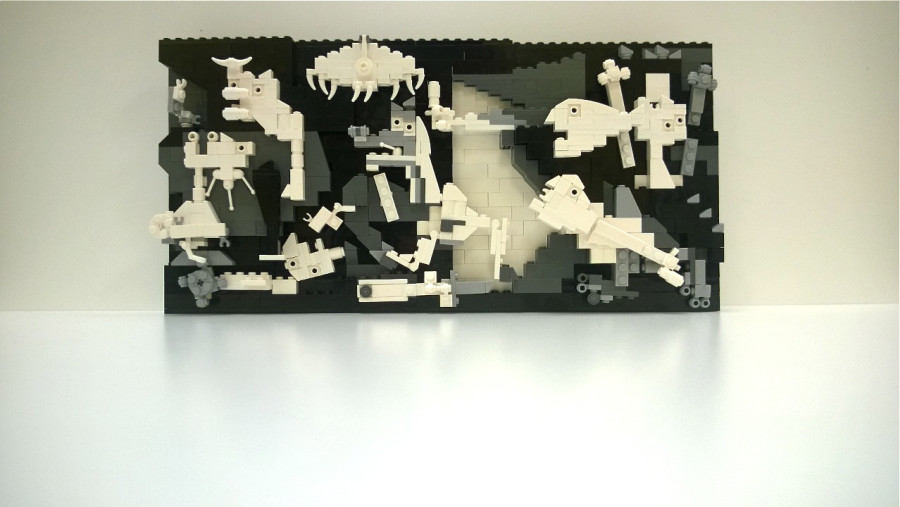 Yup, Watson used 800 LEGO bricks to painstakingly build Picasso's 1937 cubist representation of the Spanish Civil War. At seven inches tall and 14.5 inches wide, the piece is an impressive homage to the late artist's tragic image. In his own words:

"My whole life as an artist has been nothing more than a continuous struggle against reaction and the death of art. In the picture I am painting -- which I shall call Guernica -- I am expressing my horror of the military caste which is now plundering Spain into an ocean of misery and death."

Stay tuned for more on Picasso's birthday to come. 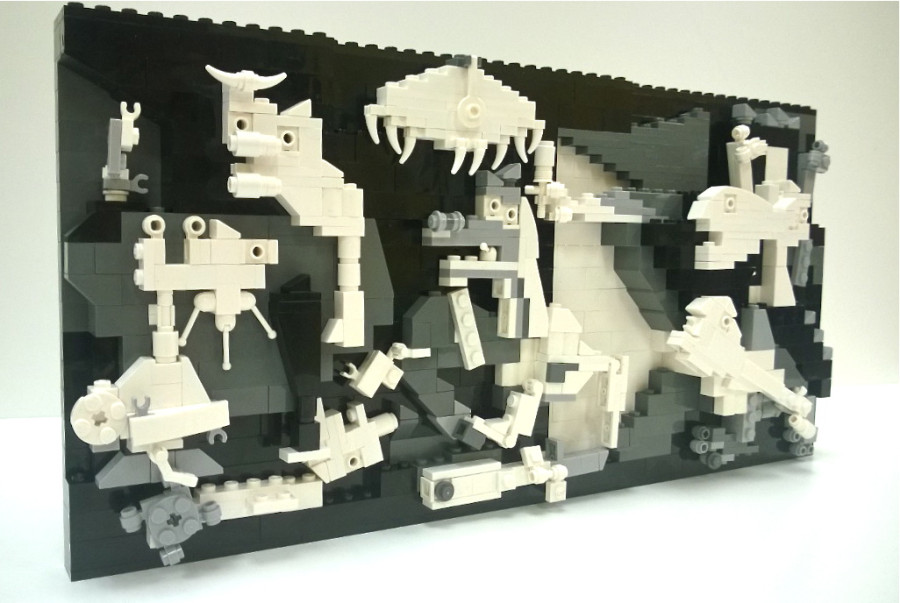 All images are from the "Picasso Black and White" exhibit previously on view at Solomon R. Guggenheim Museum in New York City.