Just take a look at the inspiring video above, brought to you by Youtuber Grant Thompson, a DIY scientist and self-described "King of Random."

With the right molds, some gelatin and patience, Thompson demonstrates how to make Lego-shaped Jell-O blocks at home that aren't just delicious, they're completely stackable, too -- "as long as you can resist the temptation to snack on them first," Thompson adds. 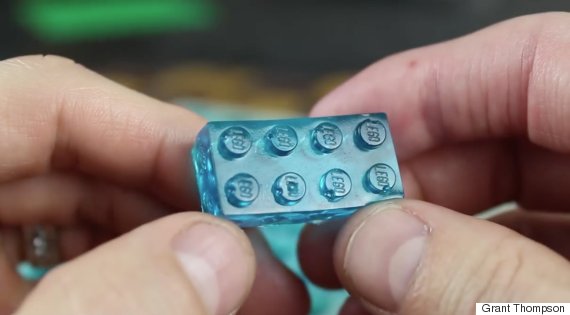 In the video, Thompson uses Lego-shaped ice cube trays and his own silicon-based mold shaped out of real Lego bricks, and makes the whole process look unbelievably easy.

By heating the Jell-O mixture over a slow heat, the gummy sections come out extra clear and not at all as sticky as you might think, which makes them perfect for stacking.

"You can see there's a surprising amount of detail captured in the gummy snack, and they're not sticky at all but actually quite firm -- and they smell delicious," Thompson says in the video.

For tips on how to make your own Lego mold out of silicon like the one featured in the video, this Instructables post has you covered. Thompson added vitamin C powder to his Jell-O mix for a healthy boost, but we think a little vodka would go great for your next grown-up party.