I met Leila Hadley Luce with Hank -- known to outsiders as Henry Luce III of Time-Life -- in their Sutton Place residence, at a reception they threw for my first national organization, Fundamentalists Anonymous. It was late fall in 1986. They had just married and I did not know what to expect.

She was the unexpected. "Darling, your life is so interesting!" I mused, in comparison to hers, it was nothing. But I had caught her interest.

In 1985 I had co-founded Fundamentalists Anonymous, an organization that immediately placed me on Phil Donahue. We were tackling the controversial subject of 'religious addiction,' at that time never mentioned on national television. I was 26.

Portrait of Leila Hadley Luce from the New York Times.

Hank was the son of Harry Luce, who founded Time-Life in the 1920's. The Luce family, however conservative on the Time-Life side, had always embraced Asia, a favorite part of the world for me. I had majored in East Asian Studies and studied at Waseda University in Tokyo. Leila approved. 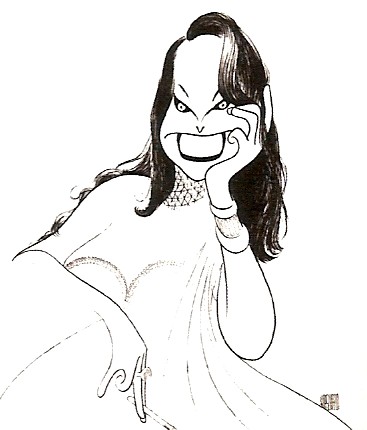 Hank and Leila were enthusiastic for ecumenical and Interfaith ideas. They abhorred religious extremism. We were on the same page. 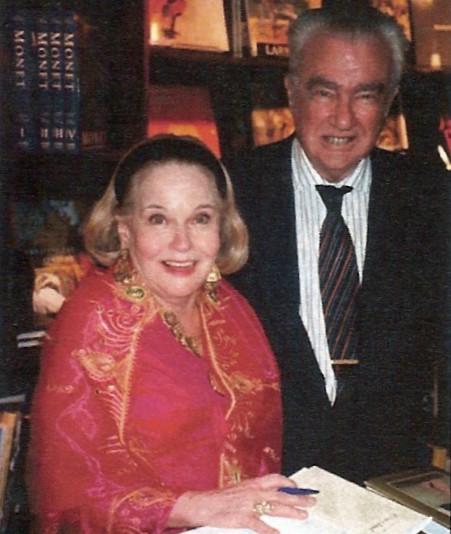 Hank steered the Advisory Board for my Fundamentalists Anonymous. He wanted to help me help those burned by their Fundamentalist experiences. We raised over a million dollars to sustain it, partially from the Henry Luce Foundation.

The Time-Life side of the Luce family were Mainline Presbyterian, although the second wide of Hank's father Harry' -- Clare Boothe Luce -- was deeply Catholic. I remember well her packed funeral at St. Patrick's Cathedral on Fifth Avenue.

Leila had Anglican roots. She ended her journey in the Episcopal Church where she had been baptized, like myself. St. Thomas Episcopal where she was recently memorialized is just a few blocks up Fifth Avenue from St. Patrick's. 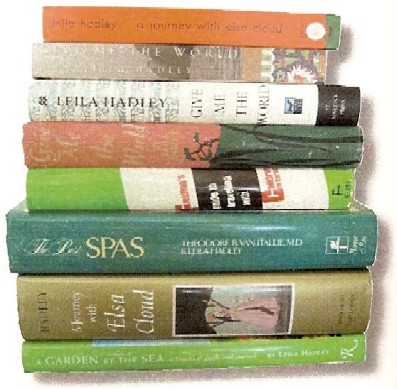 Leila was raised in Old Westbury on Long Island where her childhood playmates were the Vanderbilt sisters. They remained life-long friends. A stunning debutante, she was introduced to society at the Ritz-Carlton in 1943.

At 25, already married and divorced from Arthur T. Hadley II, she sailed around the world. From those travels, she wrote Give Me The World, a New York Times bestseller. The book was published by Simon & Shuster in 1958 (reprinted in 1999). She then set off for South Africa, the West Indies, Europe, the Middle East, North Africa, Central America, and the Caribbean.

For several years she worked for the now-defunct Diplomat Magazine, as well as the Saturday Evening Post, Newsday, and the New York Times. In the 1970's she was inspired by the Dalai Lama, and went on to publish Tibet 20 Years After the Chinese Takeover, a reprint of her lectures to the Society of Women Geographers.

In 1990, she married her third husband, my global adviser, mentor, and rather distant cousin Hank Luce III. 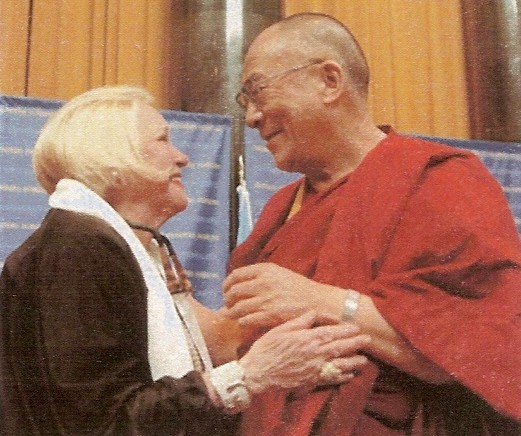 The Luce Family she married into broke the mold in many ways. Descendants of ship captains off Martha's Vineyard, Luces have always been captains of their own ships.

Roughly 1/3 of the Martha's Vineyard Navy just before the Revolution were Luces. We remarry, endlessly. And our family scandals exist more publicly than in other proper families.

Rear Admiral Stephen Bleecker Luce founded the U.S. Naval Academy at Annapolis. He led a naval expedition into Edo (Tokyo) Bay several years before Admiral Perry opened up Japan, but was chased away. The Academy knows this well, but most history books omit it.

Harry Luce's Empire is perhaps the vision Rupert Murdoch has pursued so relentlessly. Hank introduced me to Rupert once at the Waldorf Astoria and I was surprised how unpleasant he seemed to be. So much power, so little grace.

I attended the once-Presbyterian College of Wooster. In 1980, the president informed me that Hank would be visiting the campus and, as a Luce, could I pitch him to build a dormitory in honor of the family?

"Hank," I said, ushering up all my college-aged courage at a reception in President's Copeland's home, "It sure would be great to have a Luce Hall here at Wooster." "Yes it would be," he responded, "Go for it!" I was speechless.

Today, that dorm stands at Wooster in testament to the Luces, as do buildings at Yale and Princeton. The Henry R. Luce Hall is the home of Yale's Center for International and Area Studies. Other notable structures include:

Luce Chapel at the prestigious Yonsei University in South Korea.

The Luce Family's affinity for Asia came from generations of sailing by Luce ship captains, whalers and traders, off Cape Cod. I have rubbed many-hundreds-of-years-old gravestones on the Vineyard, of this Captain Luce and that Captain Luce who died at sea.

Leila was active throughout the 1990's as a member of several philanthropic boards, including Tibet House and The Rubin Museum of Art.

Over the years I would chat with Leila on the phone. I apologized that I had missed Hank's funeral in 2005 as I was traveling in Indonesia, building orphanages in the wake of the Tsunami with the organization I founded, Orphans International Worldwide.

Leila was intrigued by my orphanages, but said, "Count me out on your travels, but my heart is with you." Leila had emphysema in her later years and could not attend our receptions and dinners, even when they were held on Sutton Place -- just down the street from her. "Darling, I am not well!" 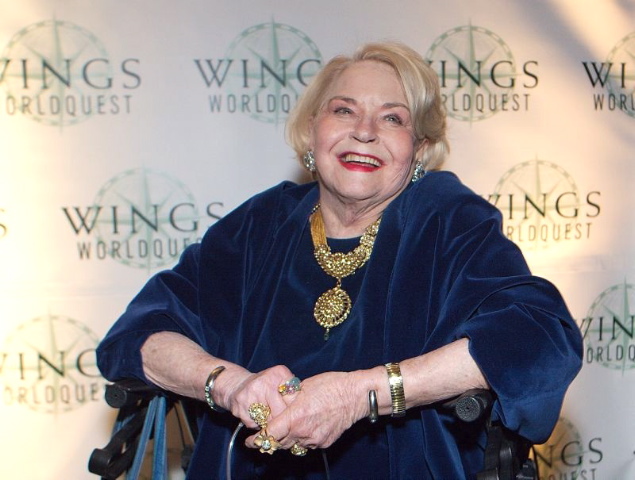 Leila was a lifelong supporter of Wings World Quest.

Leila has inspired me to live life to the fullest and achieve to the maximum. I hope to mirror Hank and Leila's core values: altruism, internationalism, and ecumenicalism. The motto of Orphans International -- Interfaith, Interracial, International, Inter-generational, and Internet-Connected -- reflects and updates these values.

I can only hope that my own recently launched James Jay Dudley Luce Foundation may play a tiny role in maintaining these Luce traditions. 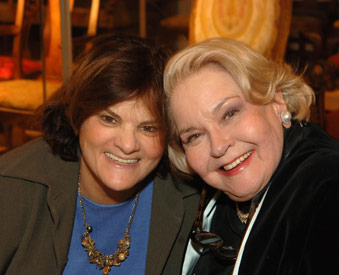 My side of the family is as far away from Hank's side as is possible. If I remember correctly, I am direct descendant of the first son of Henry Luce of England, who arrived on the Vineyard in the late 1600's, eleven generations prior. Hank, in contrast, was direct descendants of the original Henry Luce's tenth son.

And Leila was of course not a Luce, but the wife of one. And yet she personified the best of the Luces. She was brutally honest. She was stunningly beautiful. And she had enough money to do what she wished with her life.

Auld lang syne friends, including actress Tammy Grimes, Mrs. Arnold (Michelle) Dolan Ehrlich, and editor and publicist Gloria Starr Kins, all felt a loss for Leila - one of the lights of their world that had gone out. Michelle's late husband Arnold was the former head of Curtis Publishing, publishers of Saturday Evening Post and Publisher's Weekly.

Leila's dear friend, columnist Liz Smith, said in her memorial, "Do not rest in peace, dear Leila, just tear things up wherever you are!" 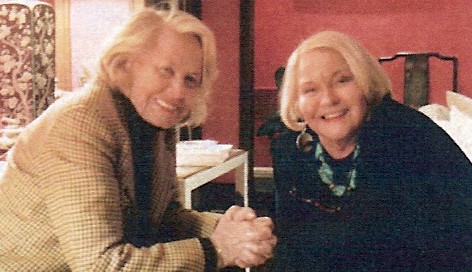